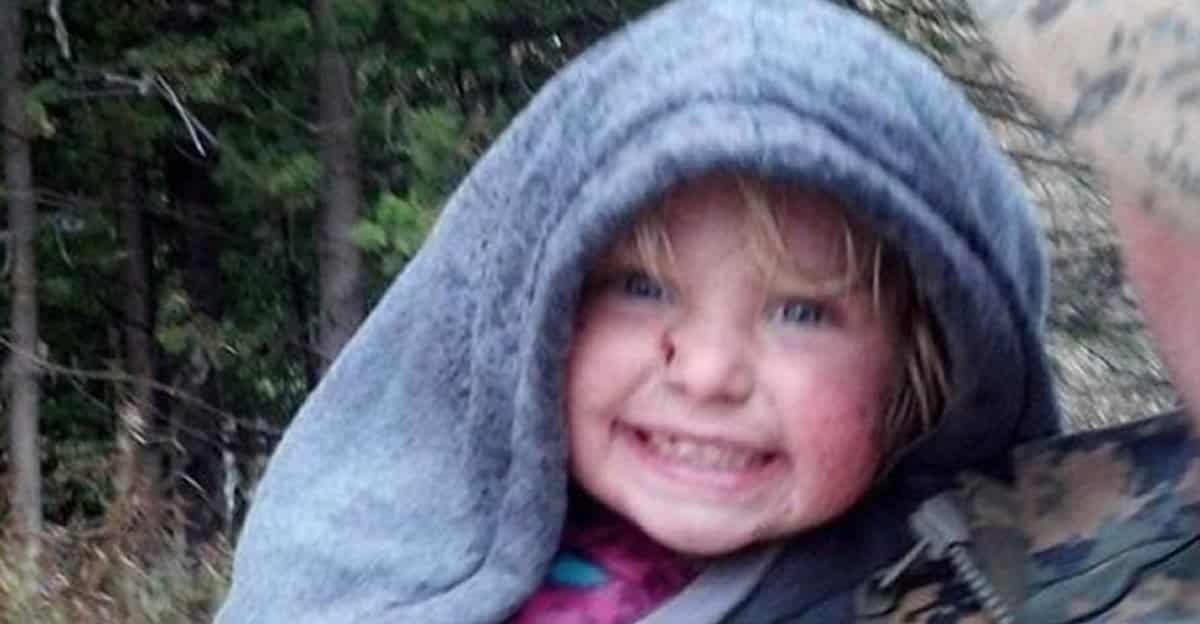 When two-year-old Brooklyn Lilly wandered away from her Michigan home, her family feared the worst. The little girl had made her way into the woods, where she stayed alone through the cold.

“I’m just glad she is back and still alive,” her aunt Alecia Cook said. “I was just worried someone has kidnapped her.”

Her family feared the worst after the toddler disappeared while playing outside of her home in eastern Michigan wearing little more than a pink coat.

Somehow she made her way into the wilderness and survived overnight through the cold and storms that slowed search efforts.

“The aviation unit was unable to fly because the adverse weather,” a police official said.

Search teams continued on foot until a police K-9 named Jax picked up her scent, leading his handler straight to the little girl laying on the ground.

“She had lifted her head up off the ground and looked back towards me and my dog and began smiling,” Michigan State police trooper Denis McGuckin said.

That smile stayed on Brooklyn’s face as she posed for one of her rescuers.

“I asked her, I said, ‘Brooklyn can I take your picture?’ She looked up and gave me this great big smile and I said, ‘Thank you’ and she says, ‘I love the woods,'” Jeff Seyfried, a volunteer firefighter said.

The girl was taken to a hospital to be treated for hypothermia, dehydration, and a few cuts, but is otherwise OK. What a great ending to a harrowing story, and it is all thanks to that amazing dog.