For hundreds of years, the existence of the giant shipworm (also called Kuphus polythamia) had only been known thanks to fossils. Today, the scientific community is abuzz as live specimens of this once mythic creature have finally been discovered at the bottom of a lagoon in Mindanao, Philippines.

The giant shipworm, which can measure anywhere from 3 to 5 feet long, spends most of its life in a hard shell (composed of calcium carbonate) that looks like a tusk. When out of its shell, the creature looks like a worm, slimy and dark with a head and a tail with two siphons. One siphon draws in water, and the other expels it. But the organism is not a worm. It’s actually a rare species of bivalve or mollusk. Specifically, it is a type of saltwater clam.

Live specimens of the elusive giant shipworm were found in the Philippines.

The giant shipworms were discovered vertically planted, head-down in the base of a lagoon in Mindanao, the southern region of the Philippines. The specimens fed on marine sediment and mud in the area where they were found, a former log storage that gave off an overwhelming stench.

The giant shipworm secretes a substance to form its shell, which is composed of calcium carbonate. 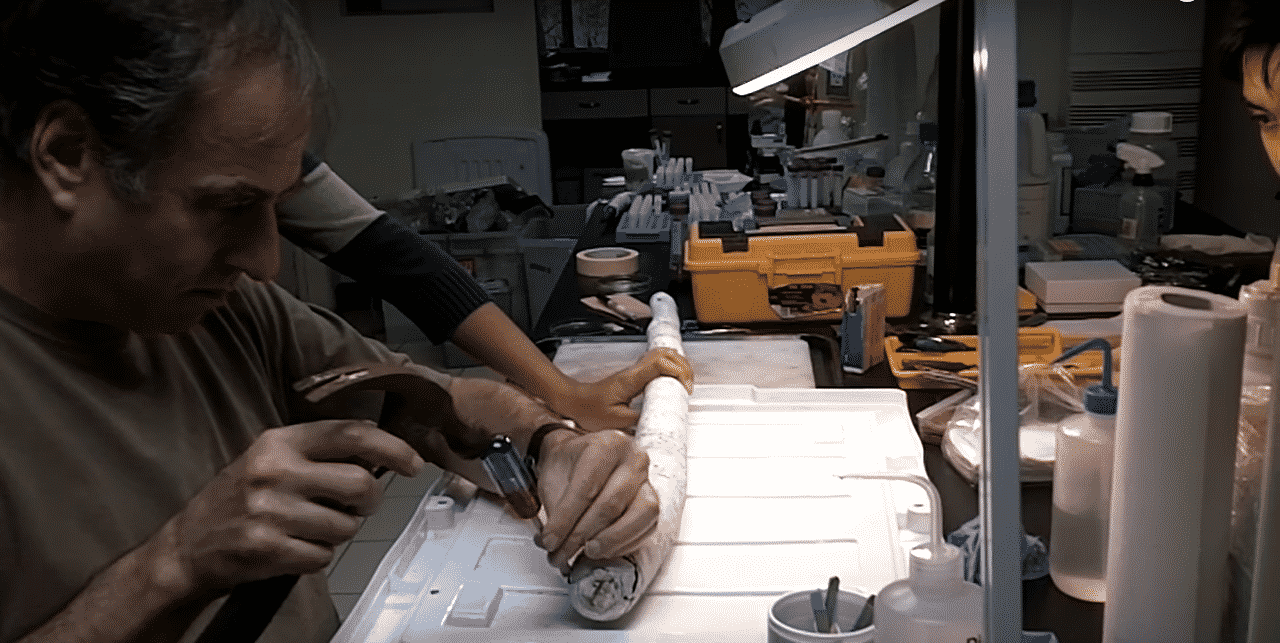 The regular shipworm was first documented in the 1700s and was said to sink ships because of its natural tendency to eat wood. The giant shipworm, however, is slightly different. Its survival depends on hydrogen sulfide, a compound found in human flatulence and rotten eggs, and a special type of bacteria that lives in its gills. The bacteria burns hydrogen sulfide the same way humans burn sugar and carbohydrates to make energy. Living in mud, which is rich in hydrogen sulfide, allows giant shipworms to survive. Because of its strange diet, it also has a smaller digestive tract than the usual shipworm.

The creature is not a worm but a type of saltwater clam. 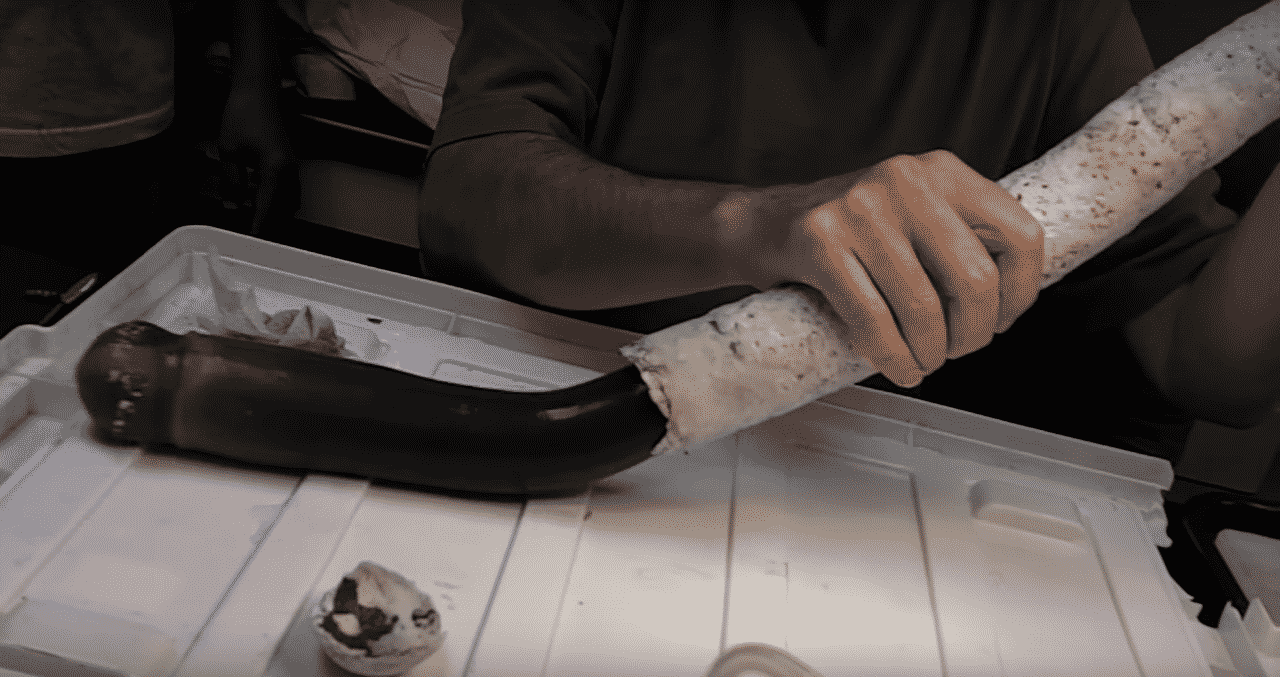 The research team gathered five living giant shipworms to study. The creatures were put into PVC pipes and brought to the University of the Philippines. Daniel Distel, a research professor at the Northeastern University Ocean Genome Legacy Center director, told Seeker:

“We really did not know what to expect. Most clams are white or beige or pinkish inside.”

He told The Guardian:

That colour of the animal is sort of shocking. Most bivalves are greyish, tan, pink, brown, light beige colours. This thing just has this gunmetal-black colour. It is much beefier, more muscular than any other bivalve I had ever seen.”

The rare creature lives on fart gas and bacteria. 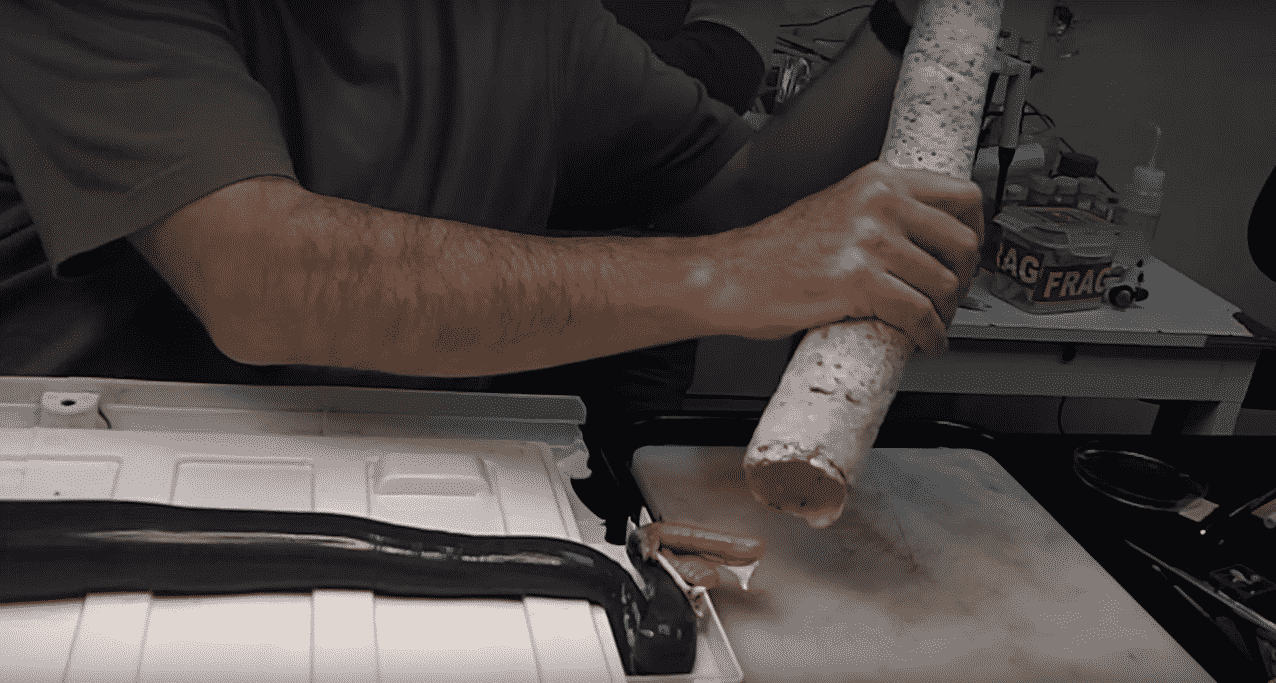 “We turned the pipes upright and filled them with seawater and airstones and put the animals in to acclimate. Before long, I looked into the pipe and could see a strong jet of water coming out of the animal’s siphon. It was alive!

“The animal inside is dark gray, shiny and floppy. It looks like an alien creature.”

Scientist and scholars are elated with this discovery. 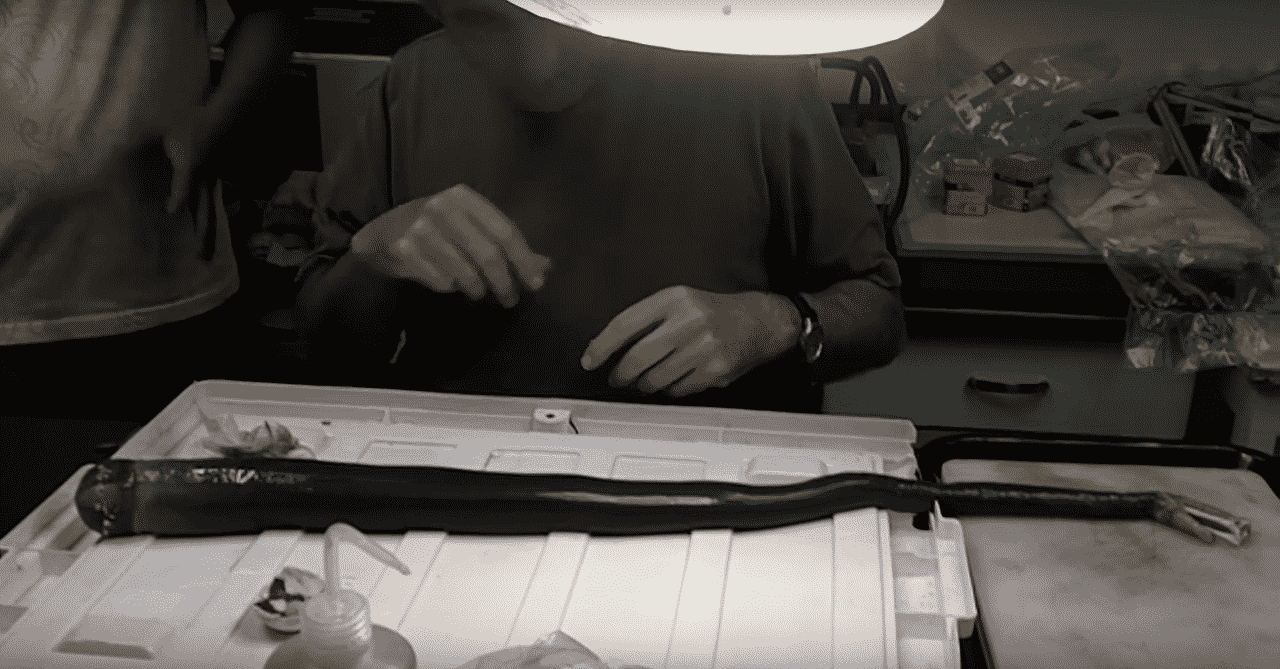 The scientific community is thrilled with this discovery. Distel told The Guardian:

To me it was almost like finding a dinosaur – something that was pretty much only known by fossils.

In some places, regular shipworms are eaten and are said to have an earthier taste than the usual clams. The giant shipworms, however, are here for analysis. The exact location where the specimens were found is being kept confidential to prevent shell collectors from disturbing the site.

The results of the research team’s study was published in the Proceedings of the National Academy of Sciences of the United States of America (PNAS).