Wouldn’t it be great to be able to afford a permanent vacation to travel around the world? Especially if you have a couple of million dollars lying around.

A tech entrepreneur did just that. He and a couple of colleagues developed an app that they sold to Snapchat for a whole lot of money. Now he and his family are enjoying themselves by going around the world in a lifestyle one can only envy. 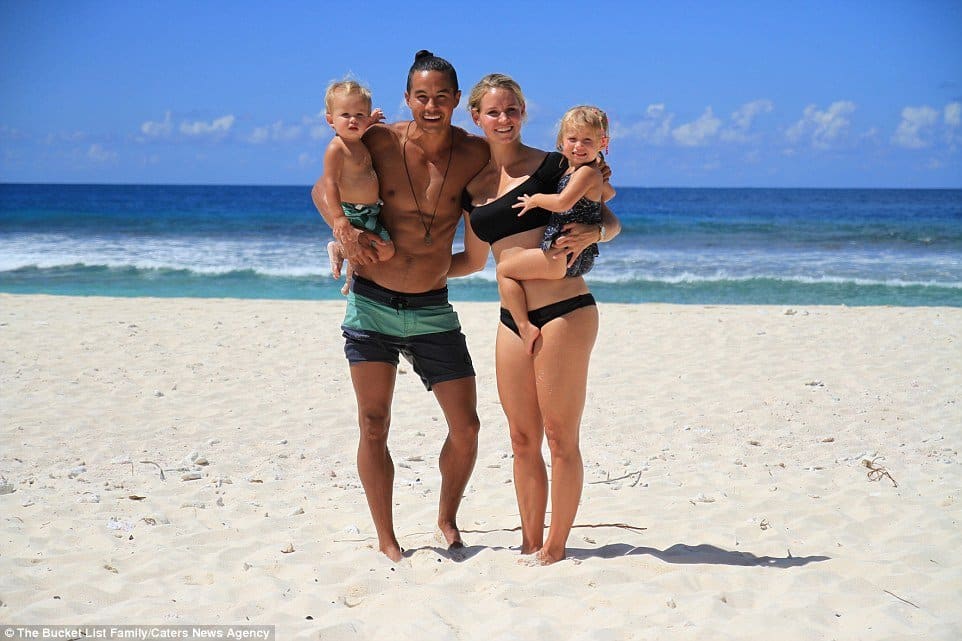 Filipino-American technopreneur, Garrett Gee was tired of living a regular lifestyle. A 26-year-old BYU student with a wife and two young children, he and his wife Jessica lived a frugal lifestyle, but had compiled a travel bucket list of their dreams. So when opportunity knocked, Garrett wasted no time in opening the door.

Gee and his young family. 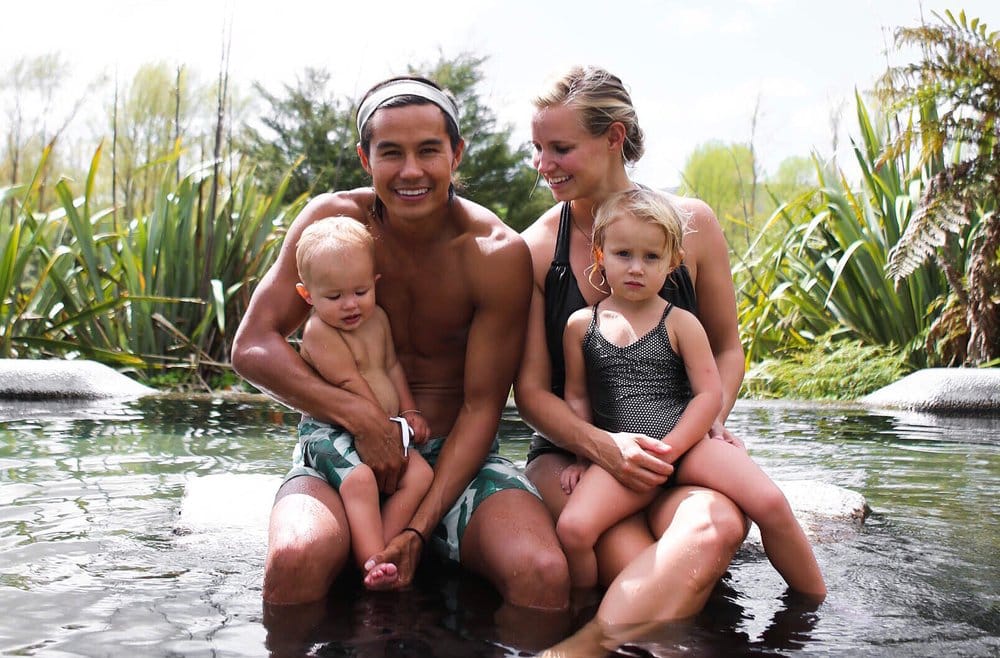 He and a couple of university buddies had just developed a mobile scanning app they dubbed Scan, and it became so popular Snapchat called and offered to buy the app for a busload of money. Just how much money? $54 million! They got $30 million in cool cash and the rest in Snapchat equity.

Garrett and his colleagues wasted no time in unloading Scan for the deal of a lifetime, leaving them with millions to share between the three of them.

The Gee family promptly sold almost everything they owned in Utah and prepared to embark on an around-the-world adventure with their two kids, Dorsey and Manilla.

Jessica and Manilla in the Bahamas with swimming pigs 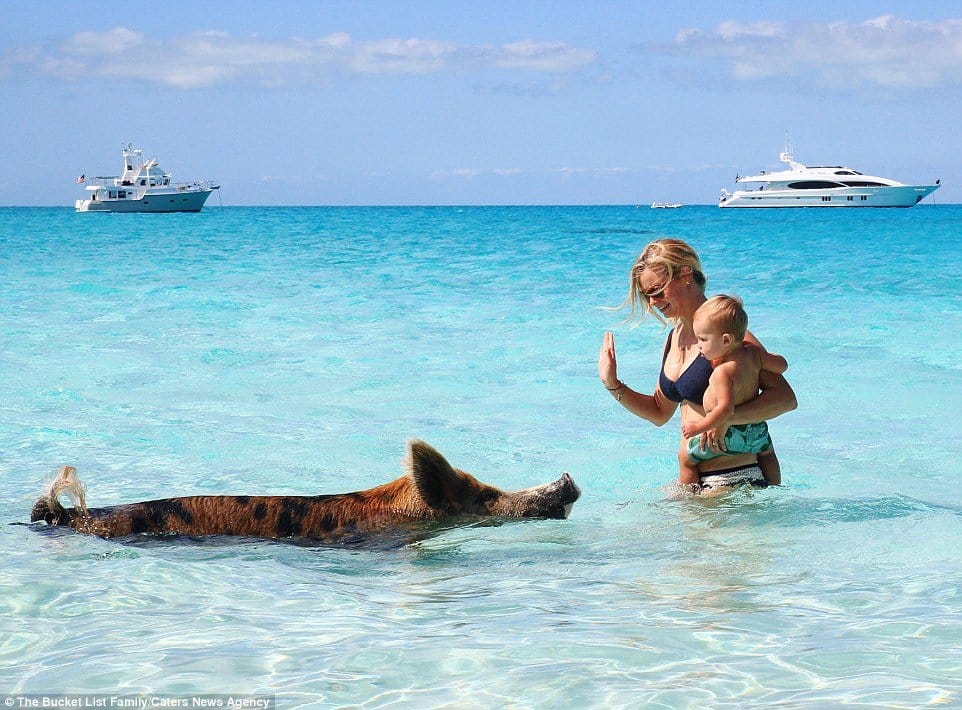 Calling themselves the “Bucket List Family,” they’ve already been to countless exotic spots around the globe, including Hawaii, Turkey, Tahiti, Caicos, Australia, and Thailand.

It's hard to even feel jealous of the tech prodigy's travels when his family is so adorable. 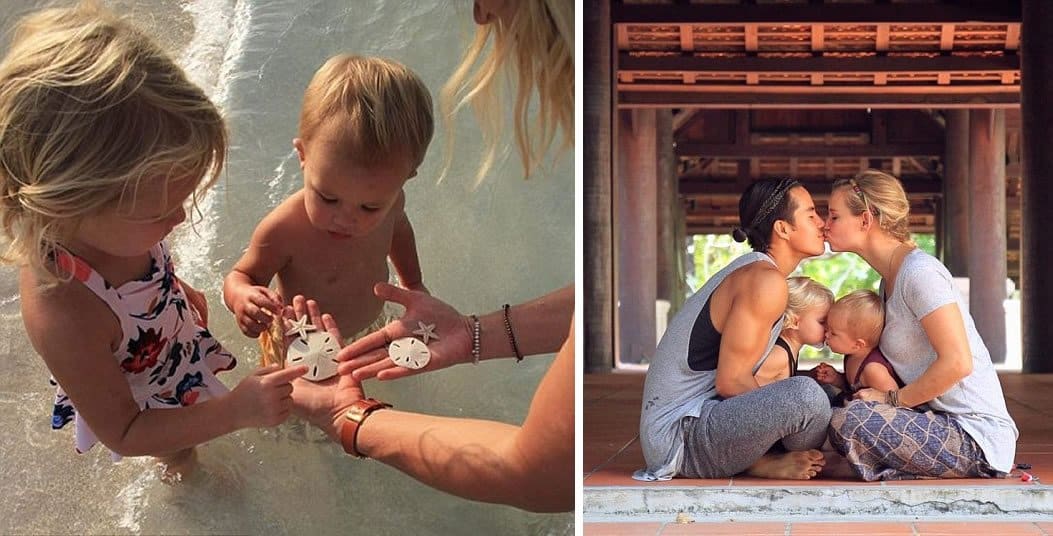 They have gone more places in nine months than most of us can ever hope to visit in a lifetime. 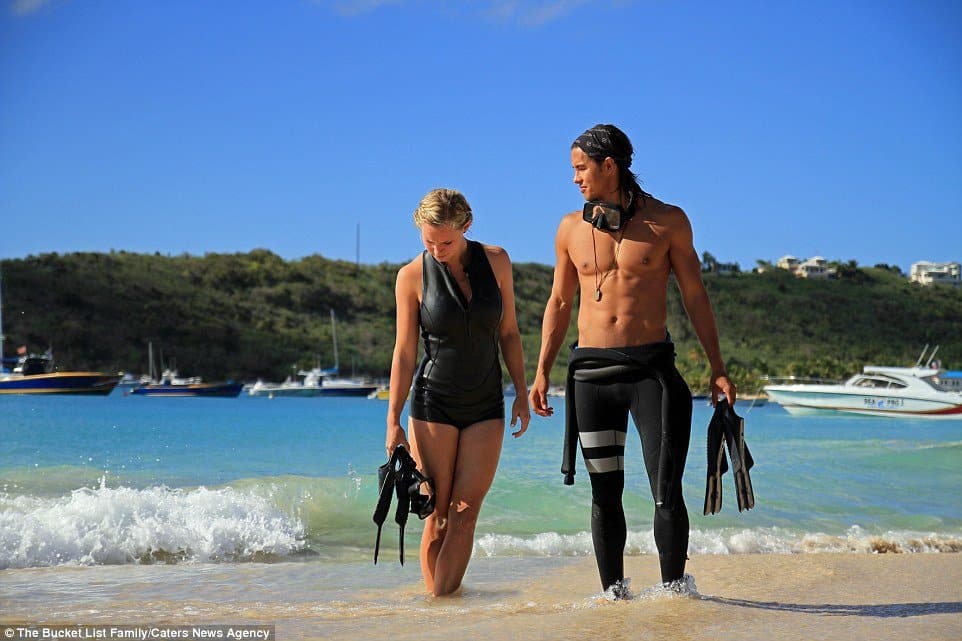 Here’s the surprise: the family hasn’t touched any of the money from the Snapchat deal yet to pay for their vacation, which they began more than nine months ago. Garrett and his wife Jessica “Settie” made $45,000 for selling most of their belongings including their cars, furniture, TV and extra clothes, and are using that money to fund their adventures around the globe.

Forever the frugalist, Garrett says he plans to save and invest the bulk of his windfall for his family’s future.

He reckons one day they’ll have to “grow up” and settle down in a house of their own. But then again, maybe not. There are still more places on their bucket list, and he and his family are raring to go.