When earthquake and tsunami struck Japan on March 11, 2011, the Fukushima Daiichi nuclear power plant  became one of the hardest hit areas in the country. In fact, the Japanese government had to evacuate people living in the 12.5 mi exclusion area because of radioactive material leakage brought about by tsunami waves.

The Fukushima disaster has left massive damage in terms of human life and property. Much has been shared about the extent of human suffering that the event has caused but not much has been discussed about the effect of the disaster on animals. There were lots of animals left in there when thousands fled from their homes. It’s so heartbreaking to think that the animals were left to fend for themselves in the deserted place but there’s one man who dared to go back to the radioactive exclusion zone for a heartwarming reason. 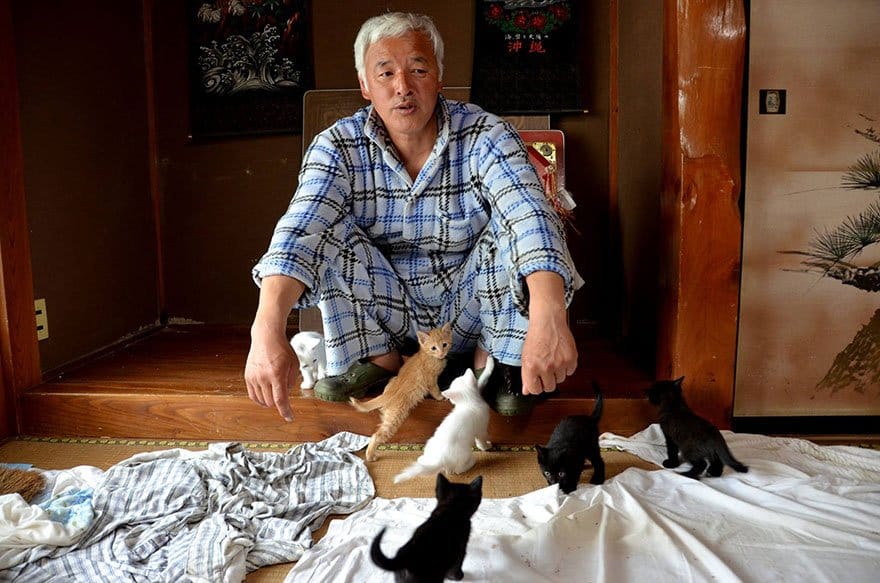 Naoto Matsumura is a 55-year-old former construction worker who decided to risk his life and live in the zone after the nuclear disaster to take care of the animals left in the area.

He returned to take care of the animals that were left behind during evacuation. 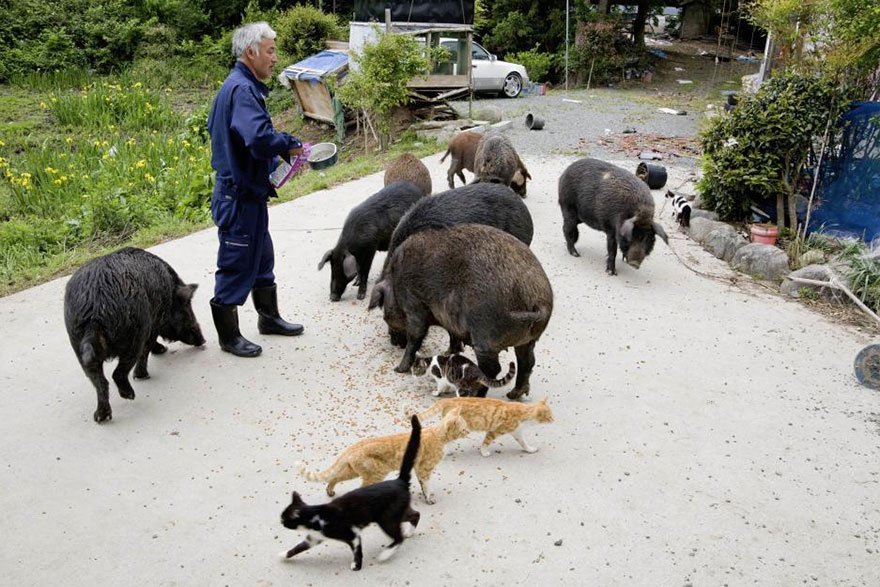 He returned for his pets, but later on realized that so many more needed his help, too. 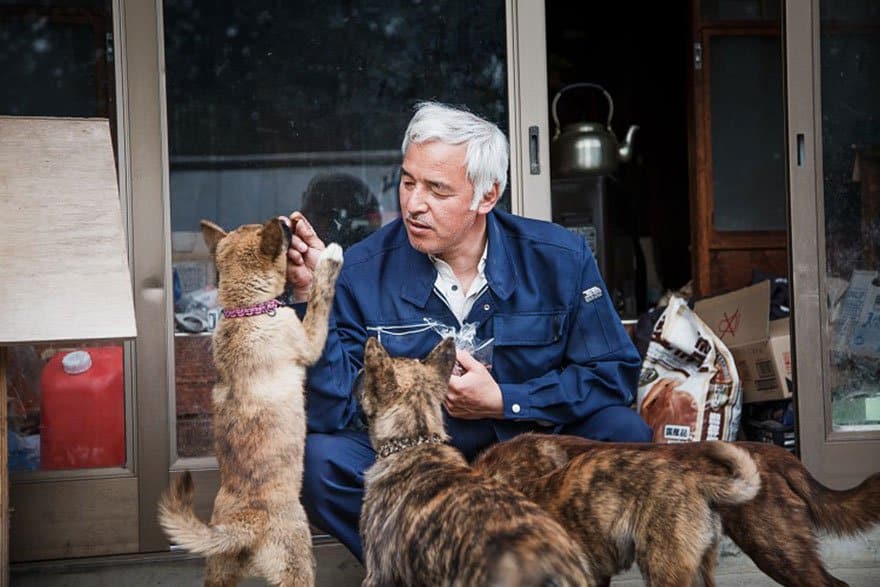