Taking public transportation is usually the most economical way of traveling around but yes – let’s face it – it does have its share of inconveniences.

For example, it is sometimes unavoidable to share a bus with some annoying passengers such as those who speak too loudly on the phone. Or those plane passengers who place their feet on the back of your seat.

This group of bus passengers in Guangzhou, the capital of Guangdong Province in China, had to go through an unusual hassle that perhaps many of us have never experienced while riding a public vechile.

Last May 10, Guangzhou, China was hit by massive rain which resulted to vehicles, such as this bus, to be semi-submerged in flood water. 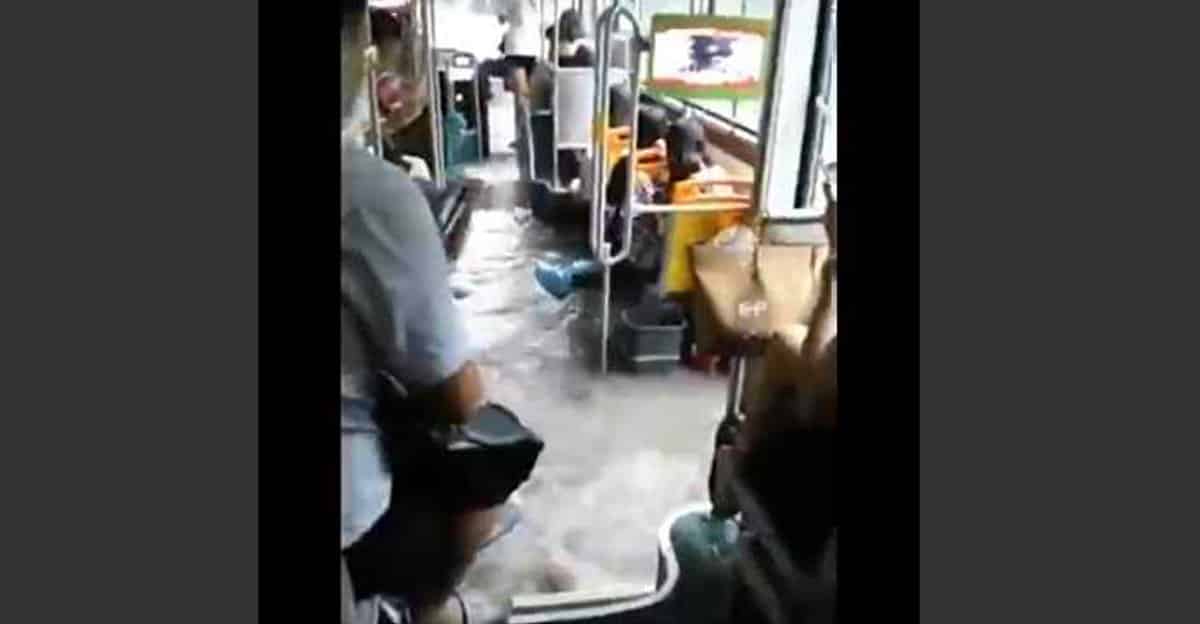 Just last May 10, heavy rains hit the area which eventually led to severe flooding. The video below shows us how, surprisingly, these Chinese passengers do not seem to mind that their vehicle has been semi-submerged in flood water.

I am completely in awe how these people look so calm and relaxed despite the obvious problem. Does it flood that often in China? Are they so used to it they no longer consider it much of an inconvenience? Just look at how chill they seem to be, simply extending their legs to keep them away from the water and just checking out on their cellphones.

Uploaded by Weibo Official Channel on their YouTube account, the video has so far been viewed more than 18,000 times. I’m guessing this video will quickly go viral as various news websites start picking up on this story.

For sure though, I would no longer be as grumpy the next time I’m riding a bus. I feel ashamed that these folks had it way harder but didn’t even complain about it.