We always appreciate nicely-designed infrastructure or building. We’re easily amazed by their beauty, though we often times forget to appreciate the artist behind them. However, this didn’t stop Fernando Abellanas from pursuing his goal. He wanted to show the world what a self-taught designer can achieve.

The plumber-turned-furniture designer has built a studio beneath a bridge in Valencia, Spain. It’s actually his workplace, which he created in a way that blends with the urban setting.

It’s even complete with facilities and furniture. There’s a desk, a chair, and shelves. One would really think it’s a regular office, only it’s set up in an unusual location. Abellanas, however, wants to maintain the secretiveness of his office. In fact, in order to get there, one would’ve to use a hand crank as a means of transportation.

Here’s what he has to say about the studio:

The project is an ephemeral intervention. It will remain until someone finds it and decides to steal the materials, or the authorities remove it.”

The studio is built in a location that most acrophobes wouldn’t want to pay a visit. 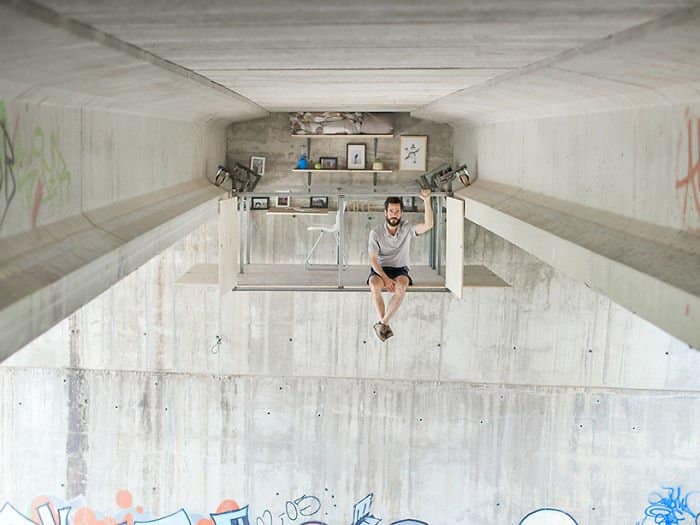 The micro-dwelling somehow reflects the opposite of an idyllic cabin surrounded by trees and flowers. 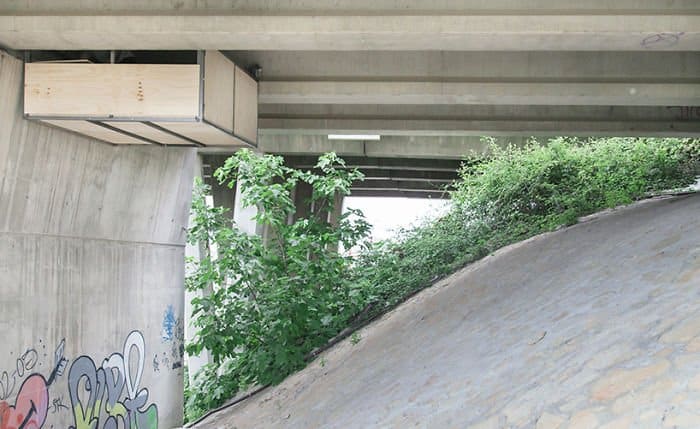 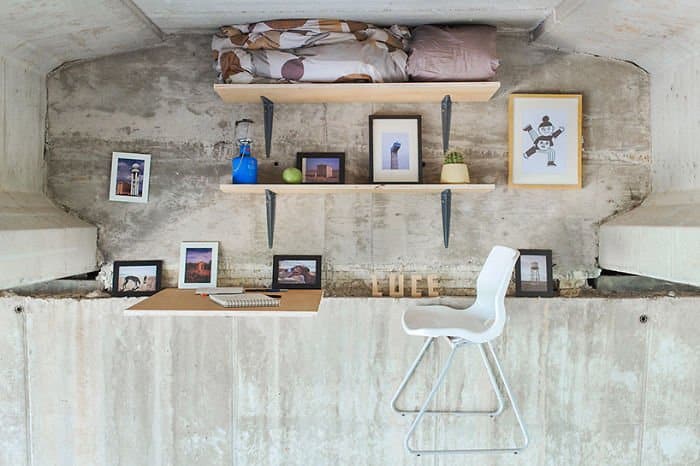 And what’s even interesting is the fact that he designed and built everything in the studio. 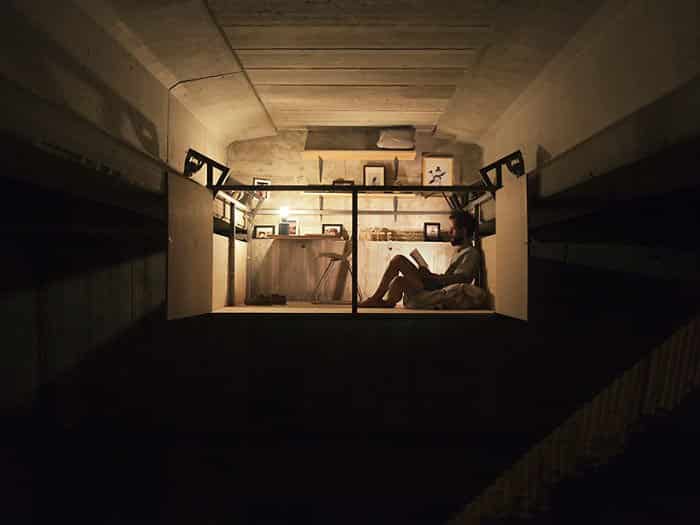 Fernando is widely known as Lebrel, and he is a self-taught designer. 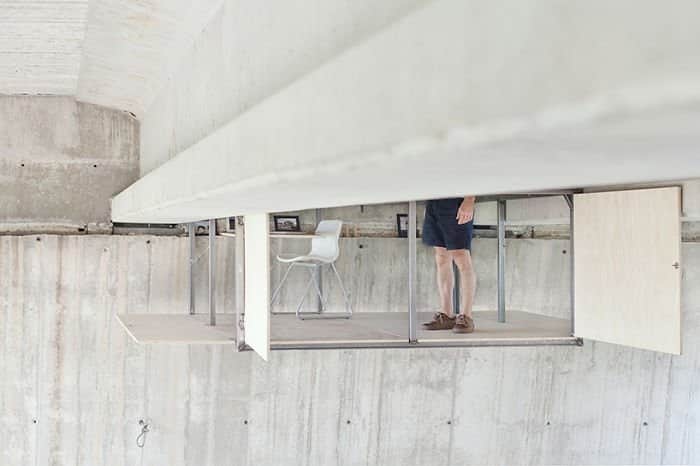 He explained that the studio is inspired by his childhood memories and the experiences he acquired growing. 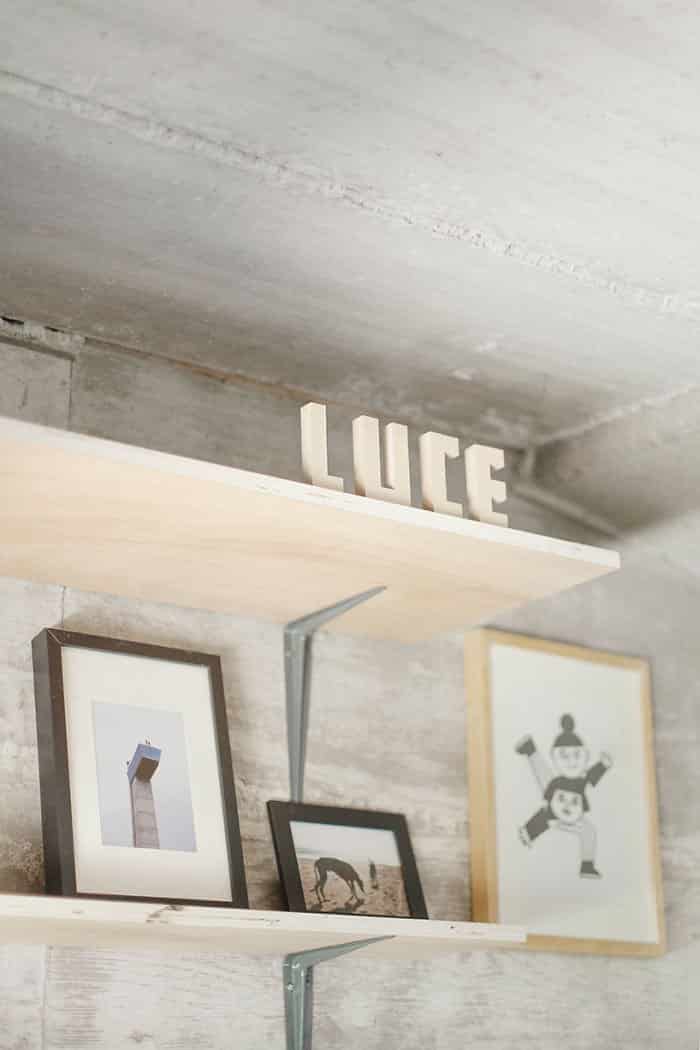 Abellanas is on a mission to collaborate with various artists and create unorthodox designs. 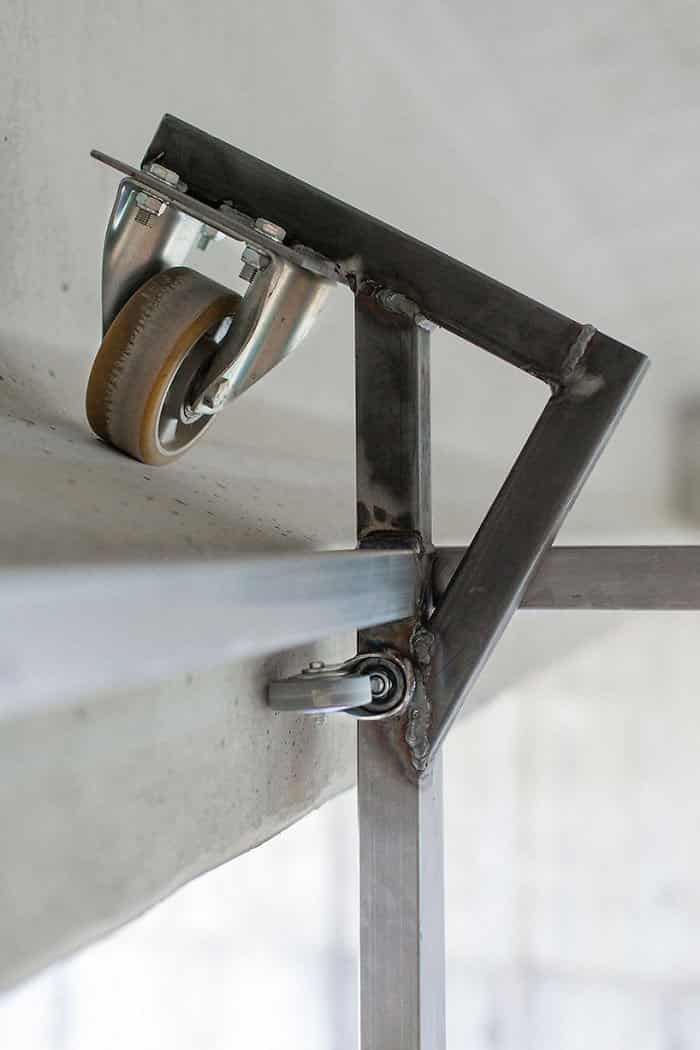 Some of this personal mementos and works are displayed in the studio, as reported by DesignBoom. 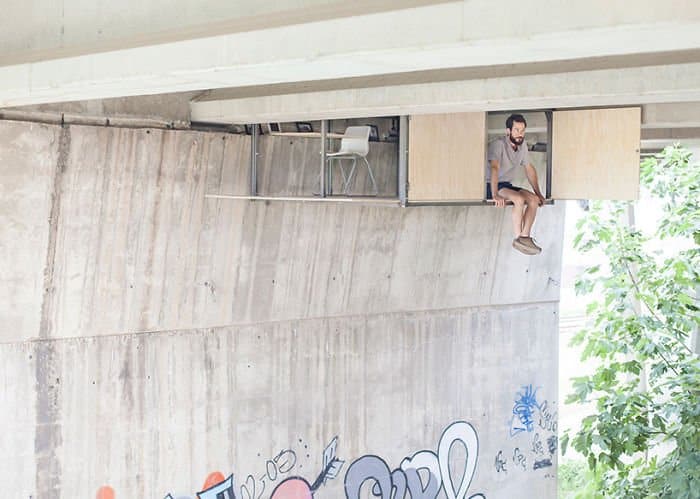 Fernando plans to keep the micro-dwelling as long as he can, or at least until the authorities stop him. 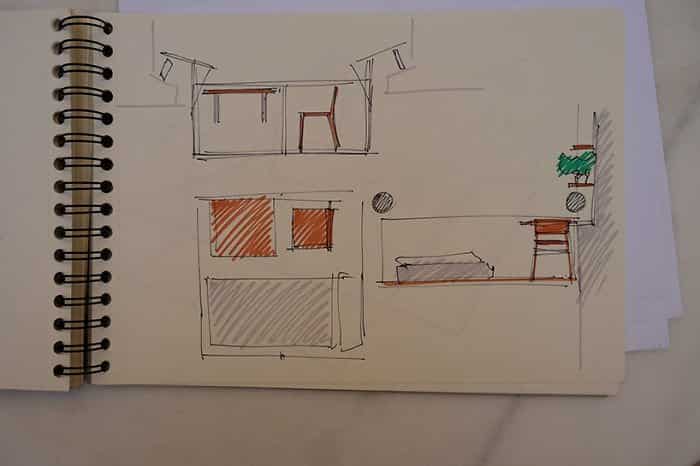 He also hopes to provide production solutions that are raw and out-of-this-world. 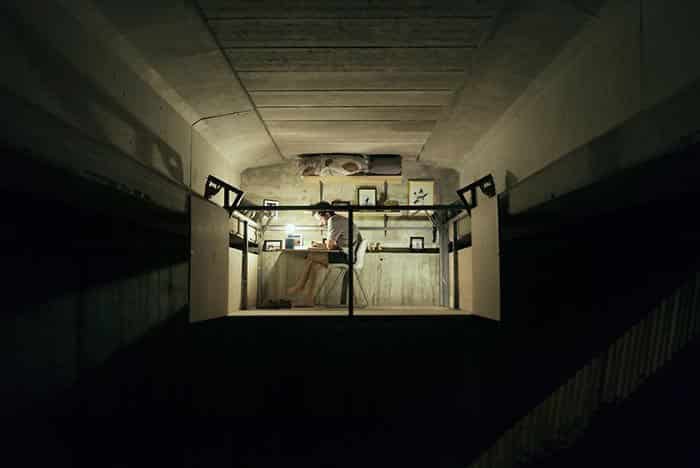