No one probably wants to get caught in a compromising situation—literally. But if you ever find yourself under such circumstances, then you know how frustrating and embarrassing it feels. 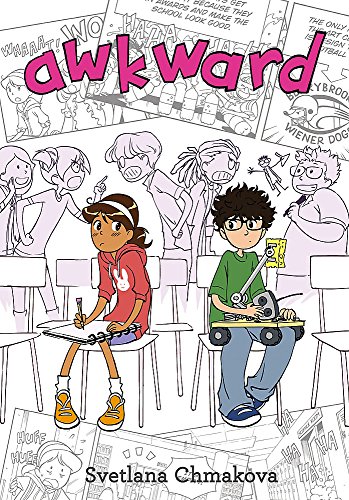 Well, regardless of whether it was due to an unfortunate accident or bad karma, the men who are featured in the list below had found themselves trapped in very awkward moments. And to make matters worse, people managed to immortalize those unpleasant experiences by taking their pictures.

Here are ten totally humiliating photos of people who got stuck in the most absurd places.

#1. Stuck in a Portable Toilet

In May 2013, passers-by heard panicked shouting coming from a portable toilet on a building site in Claremont, Cape Town. Upon checking, they saw a man so deeply stuck in the bowl that only his legs, arms, and head were sticking out!

It took about 40 minutes for the authorities and some kind onlookers to figure out a way to get the unidentified man out. According to a blogger named Baydu Adams, while two or three men tried to get the guy out of his humiliating state, others nonchalantly took pictures of him.

Observers said the man didn’t appear to be homeless; he had an iPhone or an iPod with him. They do, however, thought he was high on drugs.

Eventually, the authorities were able to yank the half-naked man out using garbage bags.

According to Baydu, the unidentified fellow had to use his T-shirt to cover his privates.

“You can only imagine what this guy was covered in,” he said.

“Heaven knows how he got into that position and why.”

#2. Prankster gets stuck in a traffic bollard.

A prankster got himself stuck in a traffic bollard for two hours In Hemel Hempstead, England. According to a report, the man only wanted to “liven up a dull afternoon” so he wriggled into the bollard. However, he couldn’t get himself out.

He miserably walked through the town center as people teased him. After a couple of hours, someone finally took pity on him and decided to call 999 for help.

In 2007, 25-year-old Jeffery W. Mumani tried to rob the CVS store at 7563 S.E. Maricamp Road, Ocala, Florida. However, he got himself stuck in the shaft for 12 grueling hours instead.

Lt. Victor Jones said Mumani stacked pallets and climbed up a square gutter pipe to the roof. He then yanked open a ventilator fan and climbed into the opening using a rope. But the 5-foot-5 tall man fell 15-16 feet and got wedged in the narrow, metal shaft. With his hands above his head and his feet jammed in the sharp openings to smaller side pipes, he was trapped. Marion County Fire Rescue Lt. Lonnie Blackburn said, “It was almost like he cuffed his feet.”

The man started calling for help the next day. “Please get me out. I’m ready to go to jail, just get me out,” the burglar yelled.

The authorities managed to get him out. But the suspect denied that he was trying to steal prescription drugs.

“I heard a cat in the thing. I was trying to chase the cat,” he said.

Mumani, who was charged with commercial burglary, possession of burglary tools, and felony criminal mischief, only suffered severe scratches on his bare legs.

A Brazilian detainee who attempted to escape miserably failed when he got stuck in the hole that he and his accomplice had created.

The inmates used a metal pipe from a shower to smash a hole through a concrete wall. His partner, who was apparently smaller, went in first and was able to escape. This convict, however, was stockier so he got wedged in between the wall.

Other prisoners frantically tried to push him out so they could escape too, but the unnamed man just blocked the opening.

Eventually, the fellow started to scream in pain; thus, alerting the jail guards in the process.

The guards had to call firefighters for help.

Lieutenant Tiago Costa of the local fire brigade said, “He has a very large physique and is also very tall.”

They had to use a sledgehammer to help free the convict from the wall.

#5. Student gets stuck in chair after pretending to be Anakin Skywalker.

In 2005, Jimmy Skufka from Turtleville, Oklahoma allegedly prodded his head through the hole in the backrest of a chair and wore the furniture like a body shield. Pretending to be Anakin Skywalker trying to fight Boba Fett, the fourth-grade student wildly waved his legs “like a battery of 4 light sabers.”

But when study hall ended, the imaginative boy realized that he was hopelessly jammed in the chair. Firefighters from the Turtleville Emergency Squad had to help. They used bolt cutters and hacksaws to get the unharmed yet traumatized boy free.

#6. Man gets stuck in a McDonald’s baby chair.

For some reason, an unidentified man from Cork, Ireland sat on a high chair designed for infants and toddlers at a McDonald’s outlet one Tuesday morning. When he couldn’t get himself out, someone had to call the police for help. Fortunately, the cops managed to help free him from the chair.

A spokesperson from the famous fast food chain said, “Anyone using a high chair in their restaurants should always have adult supervision.” Ha!

No charges were filed against the chap who was allegedly drunk during that time.

#7. Mayor gets stuck hanging in zip-wire.

London mayor, Boris Johnson was caught in a zip-wire and was left hanging 20 feet in the air.

With a union flag in each hand, the he happily waved them as he glided from Victoria Park, east London to celebrate team GB’s first Olympic gold medal. It was a promising start; however, the mayor lost momentum and came to an unexpected halt. He just dangled over a crowd of people for a very long, awkward moment.

#8. Toddler gets stuck in a lolly machine.

A two-year-old boy named Cohen Stone was so determined to help himself with some candies that he got himself trapped inside a lolly machine at an Italian restaurant in Perth. The toddler somehow managed to climb through the tiny dispensing hatch and ended up being imprisoned inside the claw grabber candy machine.

Kyra, his 24-year-old mom, said that they were at Siena’s to celebrate a friend’s birthday.

“I had been playing with him in the children’s area but took my eye off him for two minutes as the food arrived at our table.

“When I turned back, he was inside the machine. My first thought was ‘Oh my God.’

“I just couldn’t believe what he had done in that space of time. He was there one minute, inside it the next, like a magician’s trick,” she said.

A local locksmith was called to help free Cohen. The boy got out 45 minutes later.

#9. Burglar gets stuck in chimney, yells for help.

What a 17-year-old kid might have initially thought as an excellent plan turned out to be one of the most horrible decisions he ever made in his life. The guy, you see, was attempting to burglarize the house via the chimney, but got himself stuck there for nearly 12 hours instead.

A neighbor, Edyn Rodriguez, happened to hear someone yelling for help, so he called 911.

According to the Atlanta Journal Constitution, firefighters from Gwinnett County Fire Department pulled the soot-covered lad named Renaldo Jack out of the smokestack. Once on the ground, the teen gave them a false identity and said he went into the flue because he was “stupid.” Unfortunately for Jack, the arresting police officer had dealt with him in the past and had recognized him despite the soot. 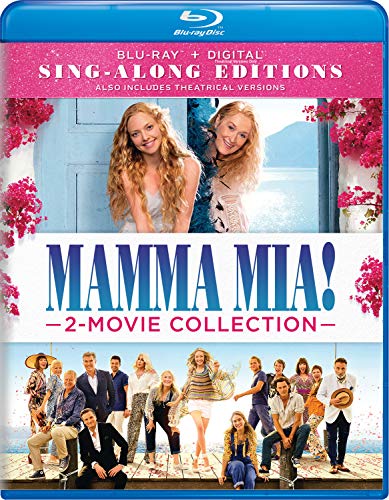 Jack was charged with burglary and giving false information to a police officer.

What’s more shocking, though, was that Tsehainesh Kidane, the owner of the house, said she was unaware that someone was stuck in her chimney the entire night.

Just because your friends are daring you to pose yourself inside a giant, marble vagina doesn’t mean you have to do it. Apparently, This exchange student went into the giant sculpture in Germany as part of a dare, and then got stuck.

Emergency services reportedly received a call Friday to say a young man was “stuck in a stone vagina” located at Tubingen University. A total of 22 firefighters had to retrieve the man from the sculpture “by hand and without the application of any tools.”

Created by Peruvian artist Fernando de la Jara, the piece of artwork is meant to represent “the gateway to the world” and has been featured outside the school’s institute for microbiology and virology for over 13 years.

Police said the man was reportedly dared to climb inside the sculpture when his legs became wedged in the carving. An image of the incident was posted online by photographer Erick Guzman and quickly went viral.

It's like a scene out of a movie. A crime show host is live on television, reporting about the conviction of a criminal who was apprehended with the help of the show. When the mugshot of the felon was flashed on the screen beside him, the man on the image looks shockingly similar to the crime show host.

Except this actually happened in real life...sort of.

Jason Mohammad, one of the hosts of the BBC crime show “Crimewatch”, was reporting an update together with fellow presenter Sophie Raworth.

20 of the Worst Marriage Proposals Ever!

#13 is both hilarious and facepalm-worthy!

Marriage proposals, when done right, can be a very special and memorable experience for a couple. Nothing compares to that precious moment of popping up the golden question and asking someone to be your life’s companion. It’s exciting, nerve-wracking, and definitely life-changing.

In the past, we’ve featured some of the most romantic and creative marriage proposals here on our site. Not surprisingly, they’ve been well-received among our readers and the posts received numerous likes, shares, and comments.

We’re turning the tables this time around though and so instead of featuring some of the best proposals, we’ll give you 20 that are absolutely among the dumbest ones a person can think of.

We hope you don’t have one of these!

There are many reasons why people choose to ink their skin. Perhaps to commemorate a life event, something unforgettable, a special person, some choose tattoos as an expression of their artistic side, while others clearly don't have a clue what they're getting at! We may never know what compelled these people to get their tattoos, but in the end it all makes for good laughs.

In some cases we can't judge if the spelling mistakes are committed by the tattoo artist or the clients sending in their designs. Either way, just take a look at these hilarious tattoo spell fails!

At first I read it as NO LEGS IS POWER :/ Turns out, just a lack of Nolege.