Most of us ordinary people would agonize days, weeks, or even months with the idea of deleting our Facebook account. Elon Musk is no ordinary man, as he wiped out the Facebook pages of Tesla and SpaceX just.like.that.

See, Musk was answering a flurry of tweets when he saw one of Signal’s Brian Acton’s hashtag #deletefacebook. So Musk replied and asked “What’s Facebook?”. Acton is a co-founder of the messaging app WhatsApp (which is owned by Facebook). One of the followers told Musk that he should delete the Facebook page of SpaceX if Musk was “the man.”

Musk replied that he didn’t even know what Facebook is and that he would delete the page to preserve his “the man” status. 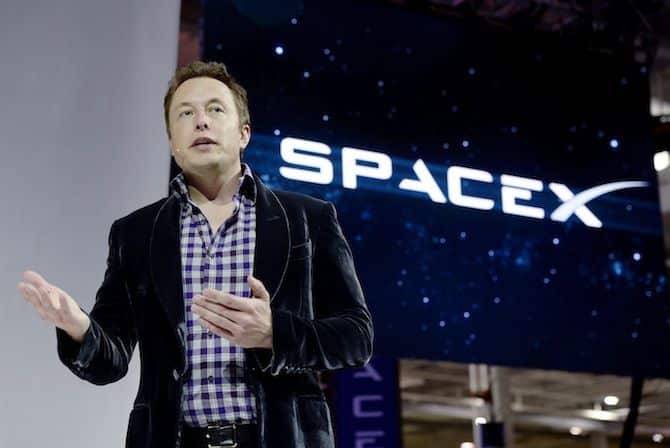 Soon other followers rode on the exchange and someone made a screengrab of SpaceX’s Facebook page. Musk claimed that it was the first time he had seen it and commented that “it would be gone soon.”

Another follower dared him to delete Tesla’s Facebook page to which Musk replied “it looks lame anyway.” 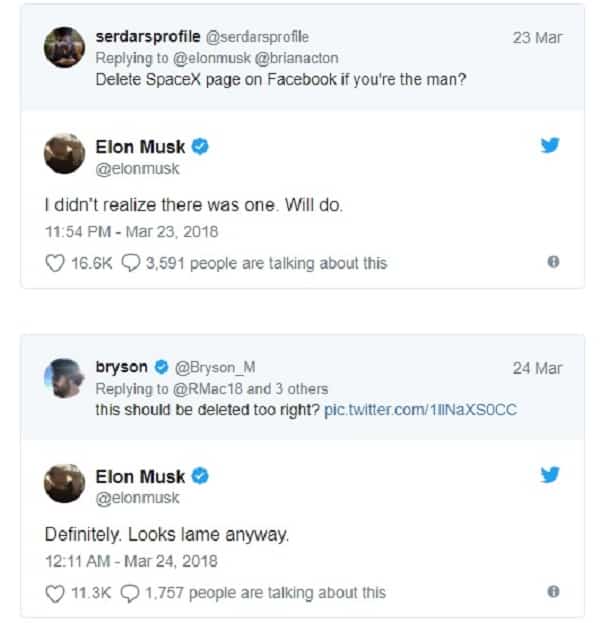 So yes, SpaceX and Tesla’s Facebook pages have already been deleted. The page for Solar City, which is owned by Tesla, was gone as well.

It should be noted that SpaceX and Tesla’s Instagram accounts are still up. Instagram is owned by Facebook. Still unknown if Musk will have them deleted as well.

The news came hot at the heels of what is probably Facebook’s worst week yet – the social media giant is currently under fire after it was revealed that consulting firm Cambridge Analytica had acquired data improperly from 50 million Facebook users. Cambridge Analytica worked on President Trump’s election campaign and the data it gathered may have been used to influence votes.