On January 29, the El Paso County Sheriff’s Office in Colorado uploaded a highly unusual video on their official Facebook page.

The clip doesn’t feature a criminal case or a police car chase. In other words, it’s not about anything controversial. Instead, it shows off the “hidden skills” of Deputy Tony Scherb, who had worked at the Sheriff’s Office for 29 years.

As it turned out, the video captured what was, perhaps, one of the coolest parts of Scherb’s last day at work. 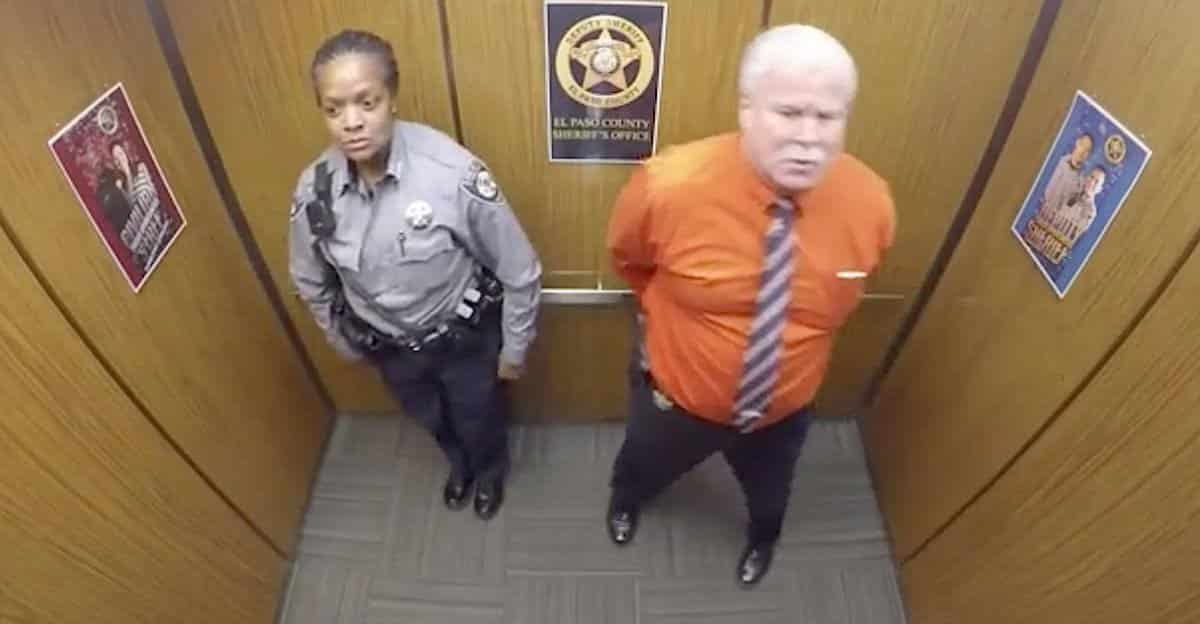 Known for his exemplary work as a law enforcer, it seems that Scherb transforms into another person when he finds himself alone in then elevator and rapper Silentó’s hit, “Watch Me (Whip/Nae Nae),” starts playing.

Scherb’s enthusiasm is so contagious that some of his colleagues join his dance party in the elevator.

It’s no wonder why the original video uploaded on Facebook has already been viewed over 6 million times. It also boasts of over 65,000 likes and over 127,000 shares.

He should be called, “The Deputy of Dance.”

The El Paso County Sheriff’s Office was pleasantly surprised over the fact that the video they uploaded had gone viral. They later released more details about Scherb. As their Facebook post revealed, “Tony not only dedicated 29 years of service to the Sheriff’s Office but he also devoted himself to volunteering in the community. He spent many hours volunteering on Thanksgiving and Christmas at the Springs Rescue Mission serving meals to those less fortunate. He could be counted on to dress up as Santa Claus for a local Club Scout Chapter.”

Best of all, the statement on Scherb, added: “Tony has been a valued member of the Sheriff’s Office for so many years and a personal friend to many of us. We are going to miss him and we wish him the very best.”

Well, now, if they miss Scherb, they can always watch the video of him dancing in the elevator.