When you are a poor family living in a small village in a third-world country, there is not much you can do when life throws you a curve ball. When day-to-day survival is a struggle, expensive medical help is often near impossible to come by.

This is what happened to Roona Begum when her mother brought her out into the world. Nobody thought she would survive. Not with her condition. Roona was born with hydrocephalus. The extreme kind.

The hydrocephalus caused her head to swell up to 37 inches! 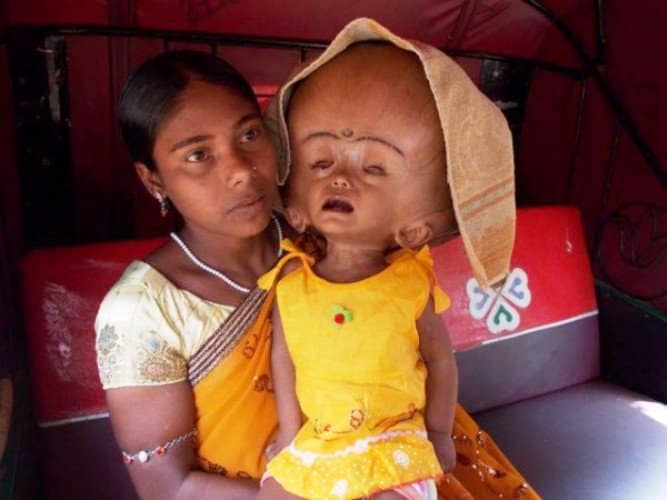 Hydrocephalus occurs when an excess of cerebrospinal fluid builds up in the brain. The condition causes severe swelling in the heads of new infants whose skulls haven’t finished growing. In Roona’s case, her skull swelled up with 10 liters of cerebral fluid, stretching it to extreme “balloon-head” proportions.

Her skull was stretched so hard, Roona was unable to see anything or function normally.

Roona’s parents didn’t have the means to get her treated. Living in the rural countryside near Jirania, India, her father, Abdul Rahman earned an average of $3 a day doing odd jobs. When he and his wife brought Roona to the local doctor, they were advised to take the baby to a private hospital in New Delhi.

However, Abdul didn’t make enough money for expensive medical treatment of any kind. So the baby with her grotesquely distorted head lay in their mud hut for over a year while her parents prayed for a miracle. 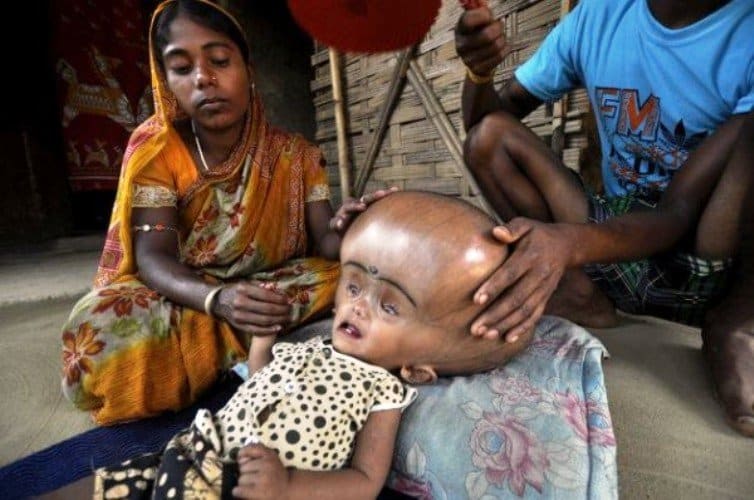 And the miracle came in the form of photographer, Arindam Dey. Dey was taking photos of the northeastern Indian countryside when he came upon Roona’s village. Her plight saddened him and he took lots of pictures of the doomed child.

The heartbreaking images went viral on social media and appeared in newspapers around the world. Soon, heaven finally smiled down on Roona Begum and her family in the form of donations.

People around the world sent the much-needed financial help to defray Roona’s surgery. Thousands of people from as far away as Norway started a fund that raised $62,000 for Roona’s medical expenses.

A private hospital in New Delhi further waived most of the costs of Roona’s many surgeries, and soon the little girl went under the knife for the first time. 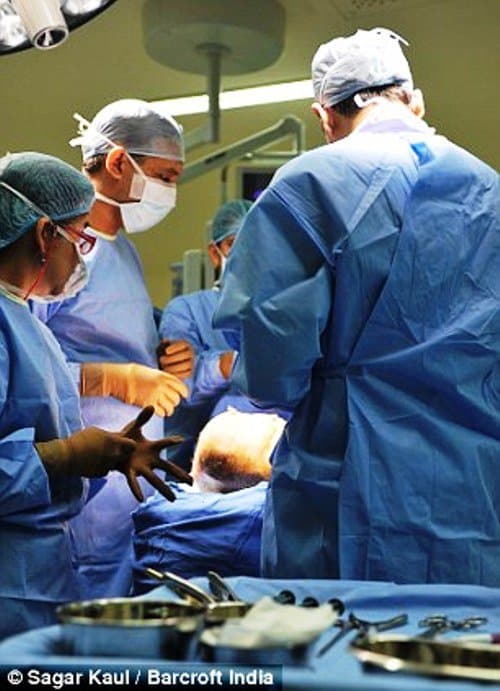 Malnourished from poverty, suffering from a number of infections, and being small and fragile into the bargain, doctors had to be more careful than usual.

But they didn’t reckon with Roona’s enormous will to survive. 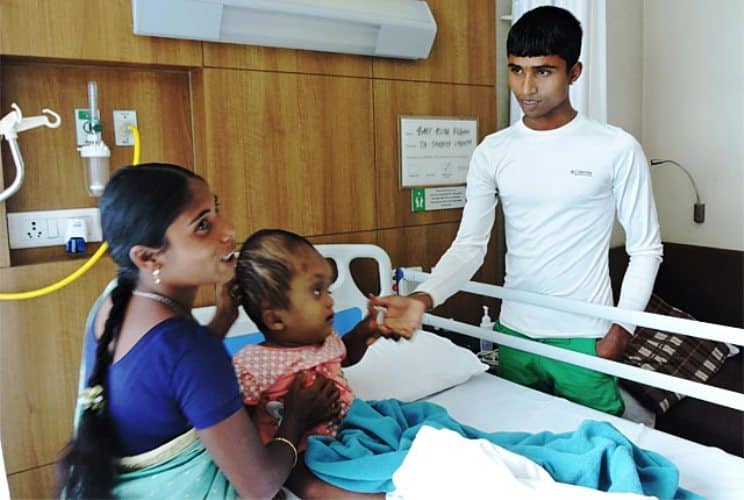 Ten surgeries later, Roona’s head circumference went down from 37 inches to 23 inches, and her condition improved greatly. The now toddler regained her eyesight, was able to sit up properly, and communicate.

More importantly, she had begun to smile! 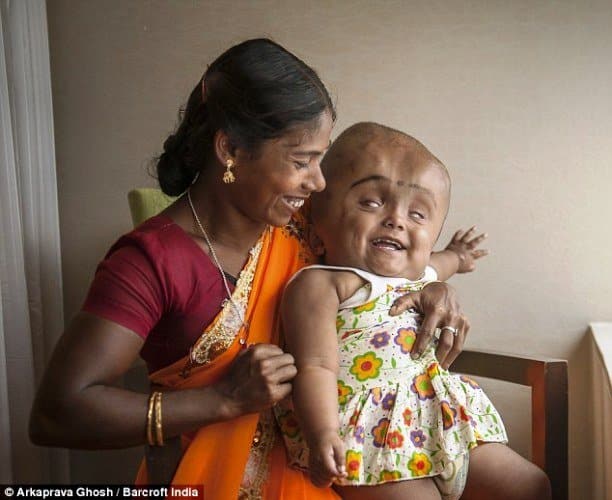 Three years later, Roona is a cheerful little girl with a much smaller head. While she needs more surgeries to further reduce the swelling, anyone who comes into contact with her is immediately inspired by her fighting spirit and will to live. 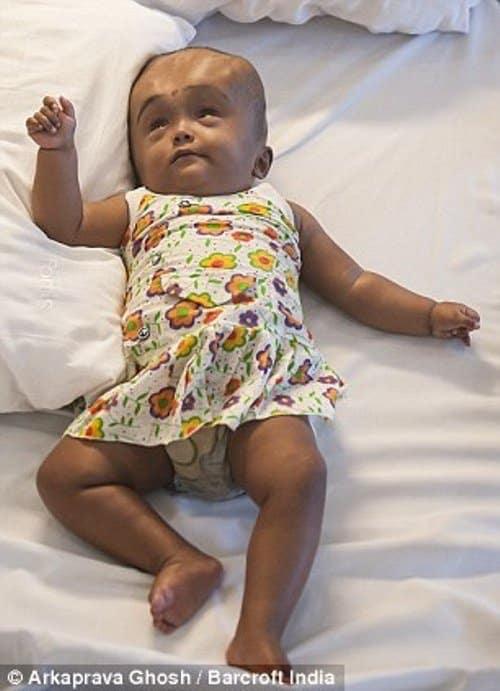 The miracle continues for Roona and her parents, and with happy proof in front of them, they continue to believe.