This might be the most adorable jail-break you’ll see today. Three dogs decided to work together to open and close a door. Not surprisingly, people are loving their exceptional teamwork to pull off the cutest “Mission: Im-Paw-sibble” ever filmed.

The video shows two small poodles trying to get inside the house. The brown poodle climbs up on the door and tries to reach a red rope wrapped around the doorknob. It’s not an easy job for the tiny pooch but he manages to grasp it and successfully opens the door.

The clever pup carefully climbs up the door to reach the rope. 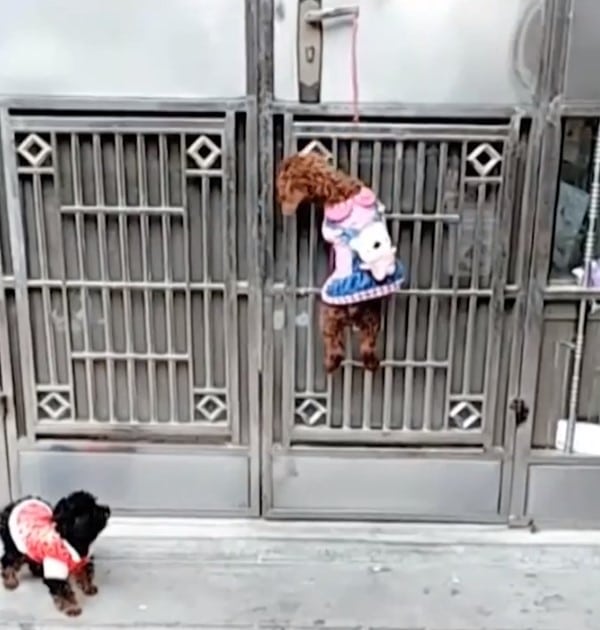 The black poodle immediately rushes inside the house just before the door swings closed again, leaving the brown pup outside. Luckily, the two dogs have an inside man. A border collie nudges the door open so his friend can come inside.

It’s not enough that the dogs managed to open the door. They had to close it again so their owner wouldn’t find out. The border collie pushes the door open a little wider, grabs another rope attached to it, then pulls it close before joining his friends.

It’s an adorable video but people shouldn’t be surprised how the three dogs managed to pull it off. Poodles and border collies are two of the smartest dog breeds and they can easily learn tricks.

The border collie finishes the job. 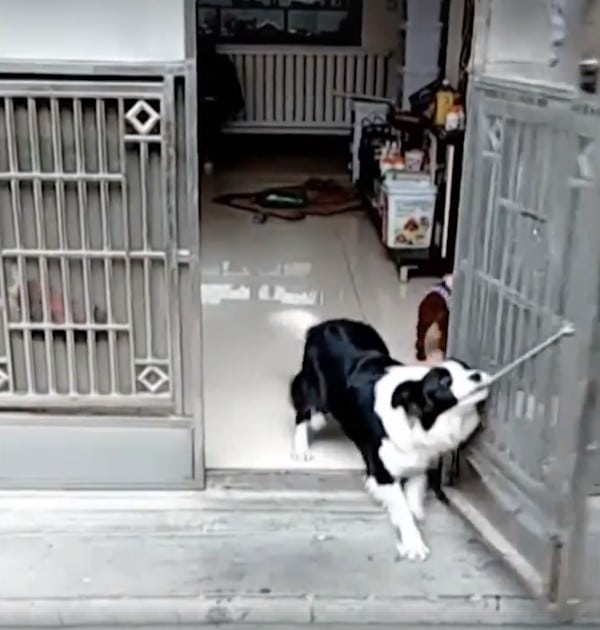 Netizens were impressed with the pups working together. “That is what I call teamwork, humans don’t work that well together,” one comment read.

“Love this, animals are the main reason I’ve got Facebook,” another comment read. Another viewer also pointed out that it looks like the dogs have done this sort of thing before. “Obviously not their first rodeo!” they wrote.

The video was filmed in Zoucheng Jining City in eastern Shandong Province in China. The owner claims that the red rope was on the doorknob “to pray for luck.” Nevertheless, the clever pooches found a different use for it.

Watch the adorable full video below: