Numerous explorers, divers, and travelers have been fascinated by The Belize Blue Hole for a long time. To know what’s at the bottom, Richard Branson, Fabien Cousteau, and a team of ocean scientists took part in the expedition. 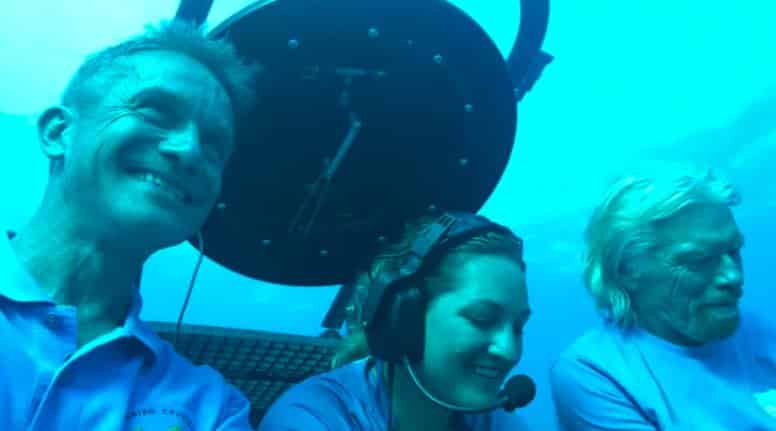 “The ocean is so critical to all of us, and we want to do all we can to protect it. Upon arriving in Belize, we met with Prime Minister Dean Barrow and had a really good discussion.

We spoke about protecting 10 percent of Belize waters – a wonderful first step towards 30 percent. We also urged Belize to ban gill nets, which are known as the Wall of Death and do so much damage to marine ecosystems.”

“But when we got to the bottom we could see crabs, conches and other creatures that had fallen into the hole, arrived on the bottom and then ran out of oxygen and di ed.”

“As for the mythical monsters of the deep? Well, the real monsters facing the ocean are climate change – and plastic. Sadly, we saw plastic bottles at the bottom of the hole, which is a real scourge of the ocean.”

Technology has allowed us to dive deeper and longer than ever before. 🏊#BlueHole #DiscoveryLive pic.twitter.com/GtQrgo3jmb