A moray eel is dangerous when provoked. They attack their opponent and they are well-equipped to kill their predator. 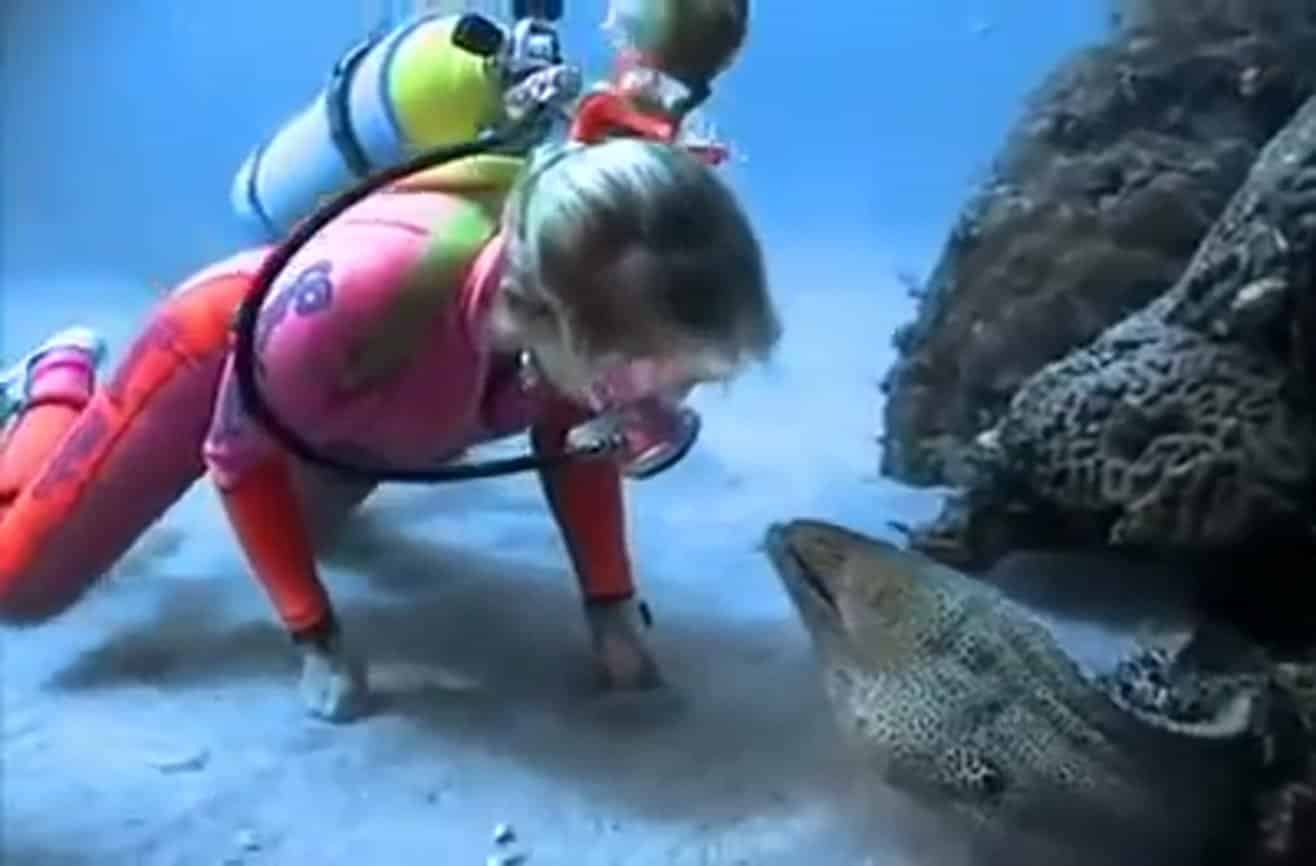 “Moray eels have two sets of jaws. The main jaws are used to capture and hold prey. The second set of jaws, known scientifically as pharyngeal jaws, is launched once the moray eel has already caught its prey. This second set of jaws allows morays to drag prey into the throat without having to let go in order to reposition the prey for swallowing, as many predatory fish such as barracuda must do. By never letting go, the morays ensure their prey cannot escape.”

So just how did Valerie gain the trust of the moray eel? She made a visit to the sea creature’s home almost every day for several years. As seen in the video, the eel was hesitant to get close to Valerie at first, but then she was able to get the animal to like her enough to swim close to her. The eel can be seen to swim around Valerie as if he was a pet of the diver. A bond of friendship was formed because of Valerie’s patience to get to know the animal better.

Something as beautiful as this is worth sharing. Valerie knew of the possible danger getting close to a moray eel would be to her, but she still persisted because she knew that it would inspire others to educate themselves on life under the sea.