It’s baffling how some toy manufacturers can be so mindless. By design, toys should be child-friendly so the kids can play with them without encountering any kind of risk.

Regardless of that, there are companies that go ahead with insane concepts in their attempts to come up with something revolutionary.

Case in point, the eight toys featured below are some of the most dangerous ones you will ever see. Looking at them now, it’s really hard to believe these toys were created in the first place. Can’t help but wonder what the manufacturers were thinking. 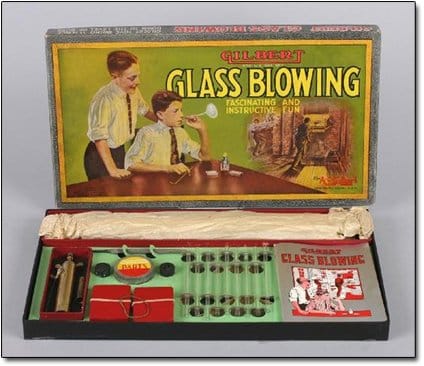 First on the list is the Gilbert Glass Blowing Set – a toy set that encouraged kids to use molten glass so they can create different items on their own. Needless to say, this raised a lot of eyebrows. Who would want their kids to do dangerous experiments, right? 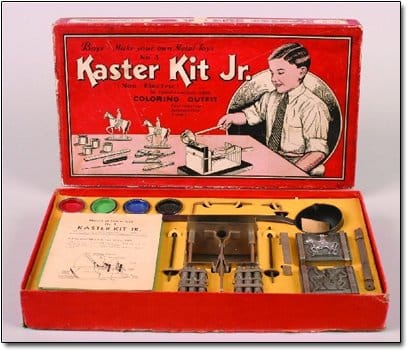 Also manufactured by Gilbert is the equally-disastrous Kaster Kit which allows boys to “make” their “own metal toys” using molten lead. Jeez! 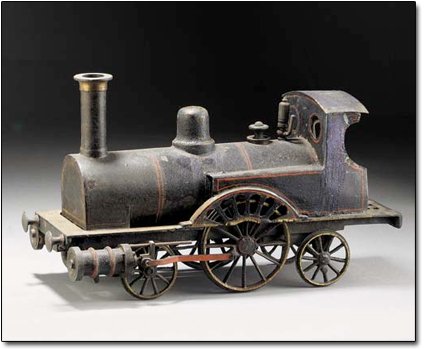 Back in the 1843, moving toy trains didn’t exist yet but Steven’s Model Dockyard Locomotive wanted to change that. The problem? The train would only if the kids poured alcohol or kerosene and then lighted it. 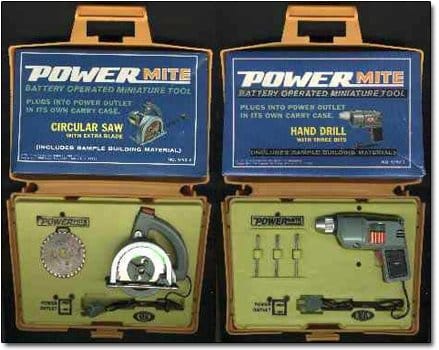 As the name implies, no, these aren’t your typical power tool toys for young boys. These are actual power tools that are kid-sized. What could possibly go wrong? 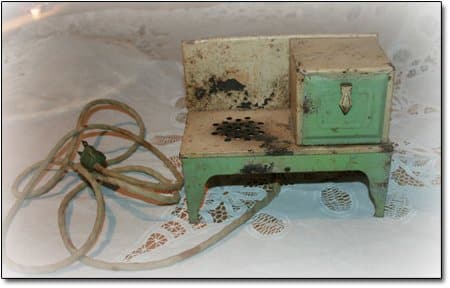 If you’ve reached this point, then you probably get our drift by now. There were so many toys back then that wanted to provide kids with realistic playing experiences.

This one is no exception and it’s completely stupid. It’s a working oven that a kid needs to plug on a power outlet. 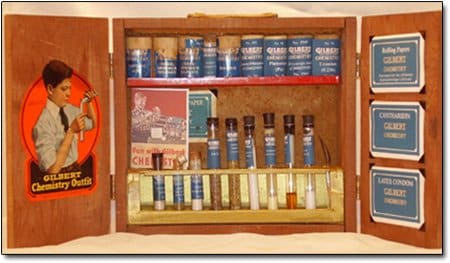 Looks like a boring chemistry set, you say? Well, not quite! This one has 56 chemicals and some of which are pretty risky and even lethal. Potassium permanganate, for example, can ignite fire and is very poisonous. Ammonium nitrate, on the other hand, can be used in creating homemade bombs. I wonder why Gilbert hates kids so much? 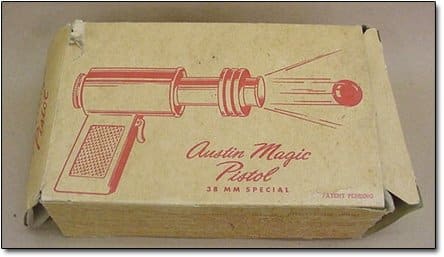 Now here’s a toy gun that fired balls up to 70 feet away. The catch? The ball only fires after a kid poured water and some of the toy’s “magic crystals” which is actually calcium carbide, a chemical that can form flammable gas once it gets mixed with water. 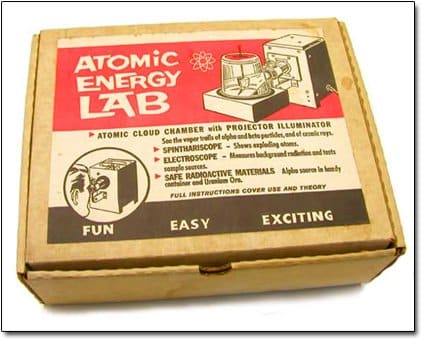 Do we really have to explain this one? I think the name already says it all.

Anyway, this is produced by the American Basic Science Club. These geniuses just made it possible for kids to access uranium and radium – both are radioactive materials. Fun, easy, and exciting. Yeah, right!