It’s like a scene out of a movie. A crime show host is live on television, reporting about the conviction of a criminal who was apprehended with the help of the show. When the mugshot of the felon was flashed on the screen beside him, the man on the image looks shockingly similar to the crime show host.

Except this actually happened in real life…sort of.

Jason Mohammad, one of the hosts of the BBC crime show “Crimewatch”, was reporting an update together with fellow presenter Sophie Raworth. 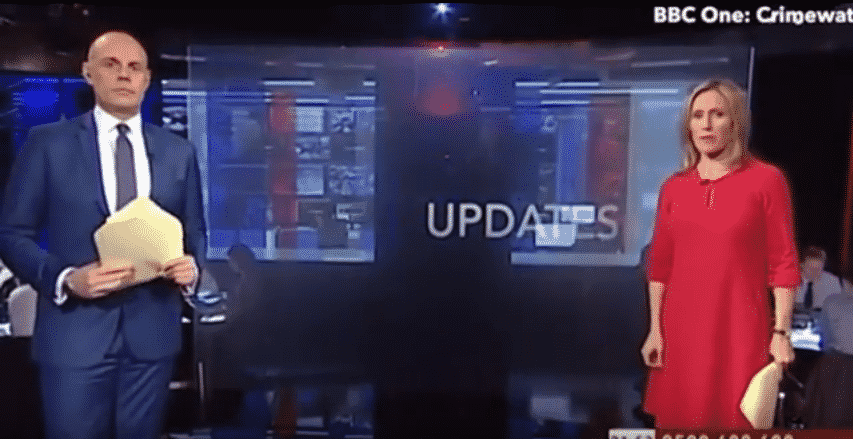 They were talking about Viktor Lakatos, a Slovak who was convicted for brutally attacking a frail pensioner named Colin Butlin using brass knuckles.

Things got awkward when Lakatos’ mugshot was flashed on the screen – he bore a striking resemblance to Mohammad, they can be mistaken for twins!

Unsurprisingly, the uncanny resemblance did not go unnoticed in social media.

Twitter was quick to pick on it, with Cornish police officer PC Alice Nicholas tweeting: ‘That awkward moment… #Crimewatch.’

As for Mohammad, he’s well aware of the stir that the picture has caused.

Check out the video of the show and see the resemblance.

Frankly, this is too damn funny!