I’m not sure what’s more absurd – the fact that a shop owner decided that ‘shaming’ is a good way of punishing a stealing animal or that he later decided to post photos of the furry thief on social media for all the world to see. Then the post eventually went viral!

Yes, this recently happened in China and the photos are believed to have been taken by a shop owner in Heyuan, a city in the south eastern province of Guangdong, China. The images were shared on Weibo, China’s Twitter counterpart.

One of the photos shows a rat with a note that said “I dare not do it again,” written in Chinese. 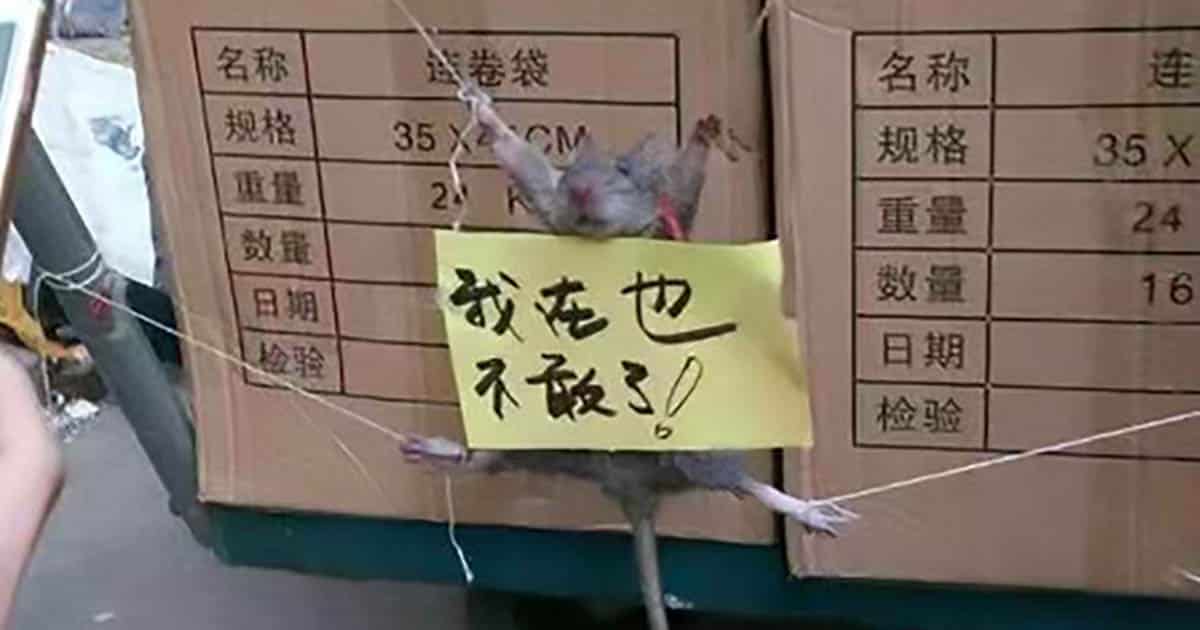 Meanwhile, another rat was tied up and had a longer message that said:

“Huh, is this the best you could do?

“Even if you beat me to death, I would not admit that the rice at your home had been stolen by me.”

A Weibo user uploaded the photos on the micro-blogging site and captioned it this way:

“A friend of mine found a small rat in the warehouse of a convenience store.

“After [it] was arrested, it was shamed with a poster. Poor rat! How will it celebrate the Lunar New Year?”

In an interview with MailOnline, they admitted that they were surprised that the pictures went viral and gained mixed reactions from the public. 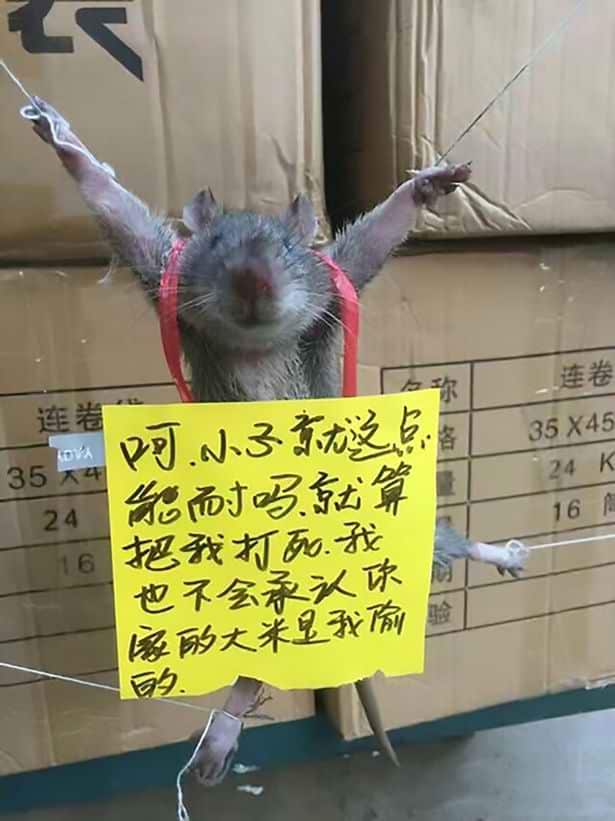 “I pity the rat. It’s just a small animal. It would almost certainly die being treated like this.”

On the other hand, shop owner Lai Tiancai defended his staff’s actions saying it was “just a rat.”