Chinese authorities discovered a counterfeit-condom ring that is both shocking and disgusting. The gang is recycling used condoms and sell them to motels, supermarkets, and vending machines at a much lower cost. They made $7 million out of this.

Police have arrested 17 people and seized more than 500,000 boxes of counterfeit condoms in a crackdown in Eastern and Central China. The fake rubbers are packed in boxes printed with major brand names like Durex and Okamoto.

Police said the counterfeits posed a threat to public health because of their high levels of heavy metals.

“We found the workshops where the suspects made those condoms in rural areas in Henan and Hebei. They were very simple and crude. The hygienic conditions in those villages were very bad. We saw the condoms they were making – they blended the condoms with silicone oil in a bucket. It was totally below official manufacturing standards.” 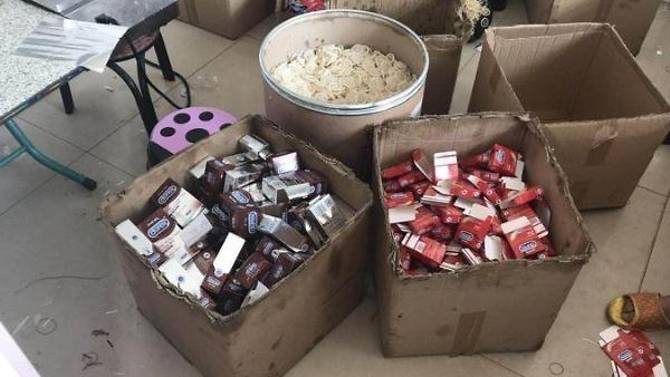 These fake condoms are being sold for 14 cents per pack. So even though they are very unhygienic, and were even found to have fungi in them, the price is too tempting to say no to. Real and new condoms are sold for $22 per pack.

“Normally the making of condoms, categorized as a medical device that has direct contact with the human body, involves sterilization and electronic tests for holes and thin spots. But in those illegal workshops, which are often very dirty, it’s unlikely they have the right methods to control the bacteria and fungi level or test for holes.”

Condom counterfeiting is big business in China. In fact, this incident is certainly not the first one. More than ten cases similar to this have been submitted to Henan courts since 2014. The defendants who have been found guilty have received sentences of up to four years.