Between the untouched beauty of nature and the sleek appeal of the modern world lies the mystic beauty of the ancient world. And if you’ve ever wanted to marvel at the beauty of an old town that hasn’t been touched by modernization, China’s city of Fenghuang is the place to check out.

Located southwest of Hunan Province lies Fenghuang (Phoenix) Ancient Town, which was built way back in the Qing Dynasty. Surrounded by mountains and with a river passing through it, Fenghuang has been called “the most beautiful town in China.”

Fenhuang is located in a remote mountain area. But it’s not just its location that makes it breathtaking. Just take a look at this surreal town that has kept its appearance intact for more than 300 years!

The small town is renowned for its natural beauty, rich culture, and eye-opening customs. Over half of the city's population belong to the Miao or Tuija minorities. 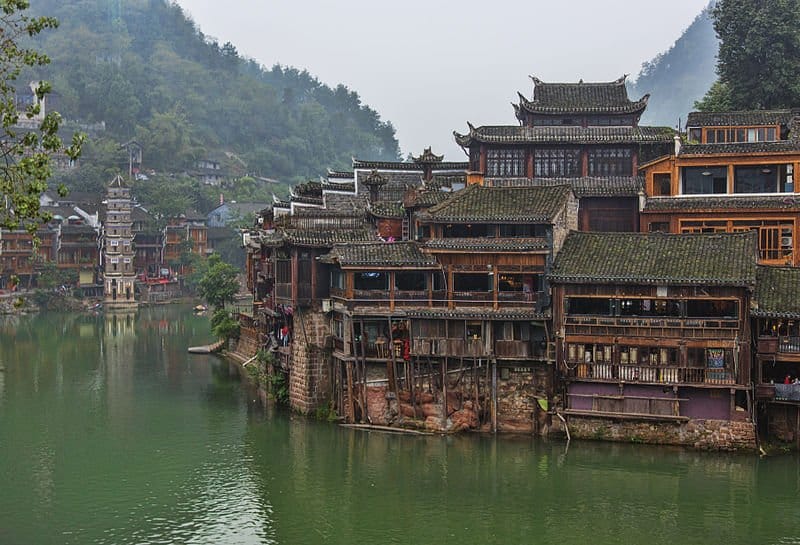 Many of the houses in Fenhuang are in the style of Miao culture with their stilted houses. 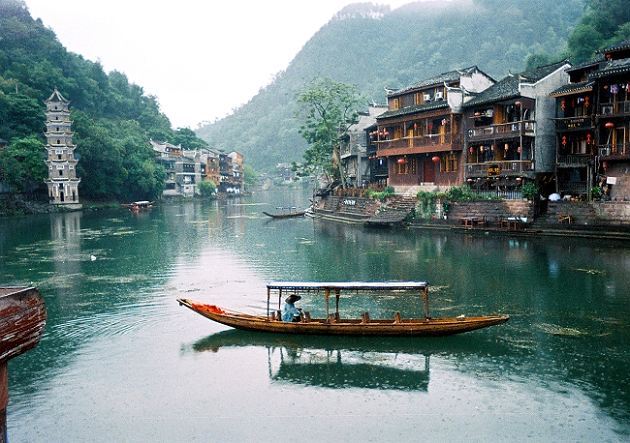 This is a gathering place for the Miao and Tuija minorities. 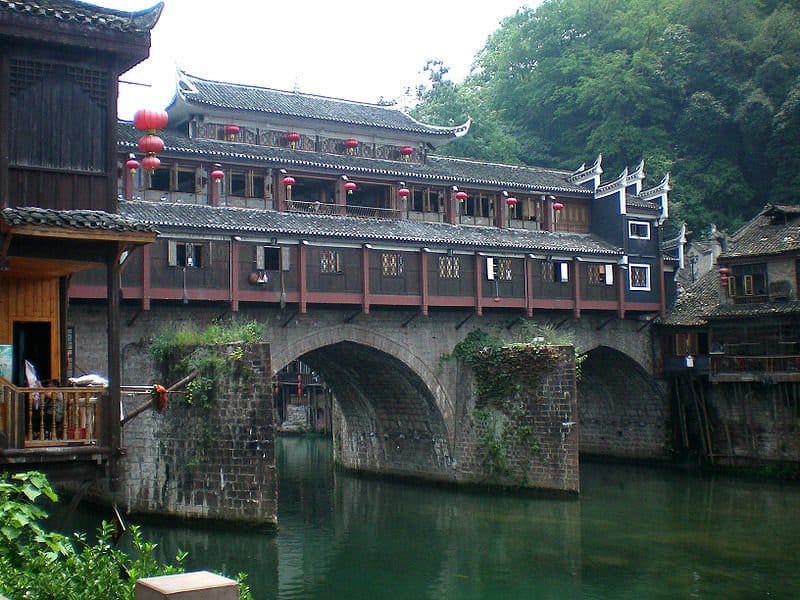 The elevated building design helps to keep the buildings safe when the spring floods rush in. 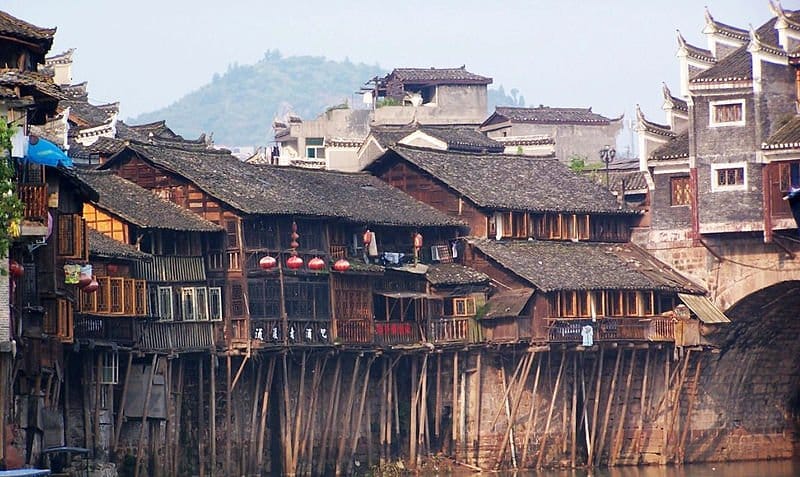 Majority of the town keeps original appearance from when it was built 300 years ago, as well as the distinctive architectural style of the Ming (14th century) and Qing (17th century) dynasties. 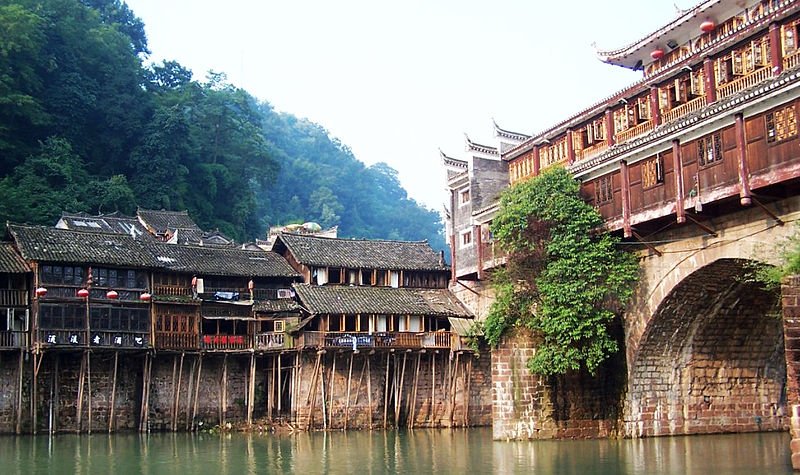 Fenhuang is a wonderful place for tourists who want to see what entire villages were like before they were modernized. 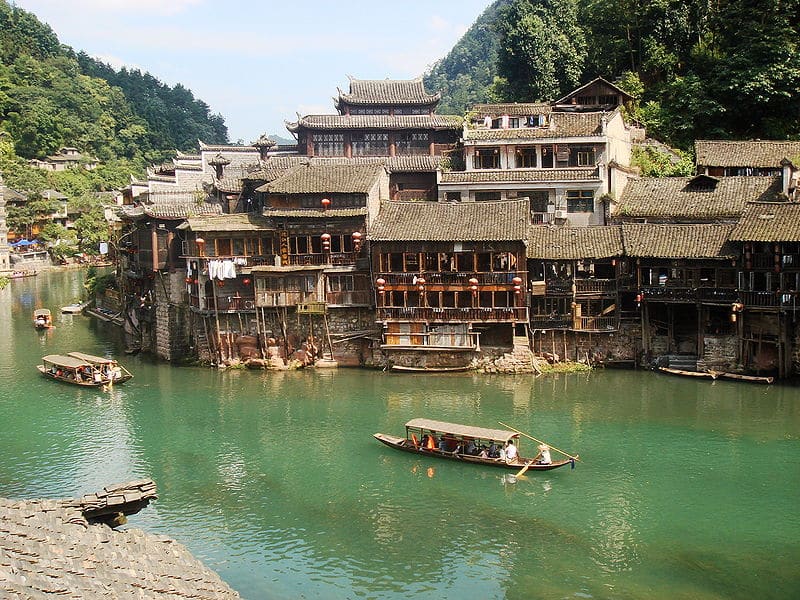 Due to the Tuojiang River passing through the city, rowboats have become a common means of transportation. 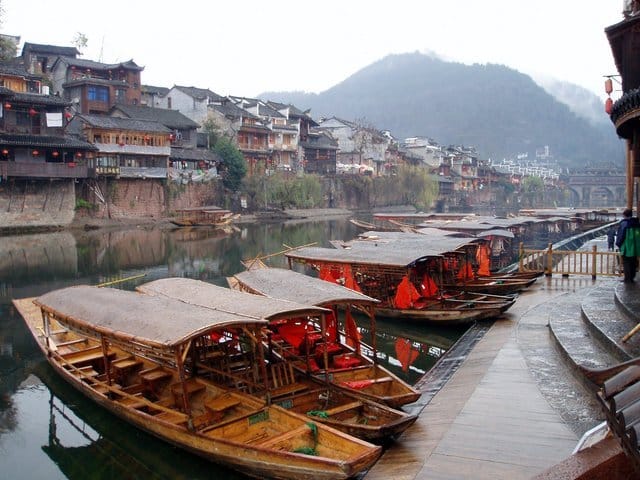 Shen Congwen (1902-1988) was a writer who contributed to the development of modern Chinese literature. He once lived in Fenhuang, and his grave there has become a tourist attraction. 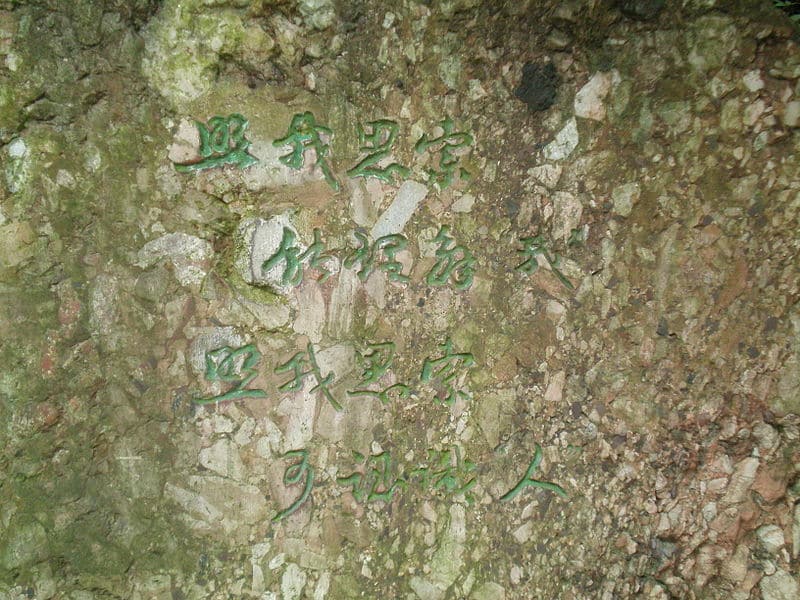 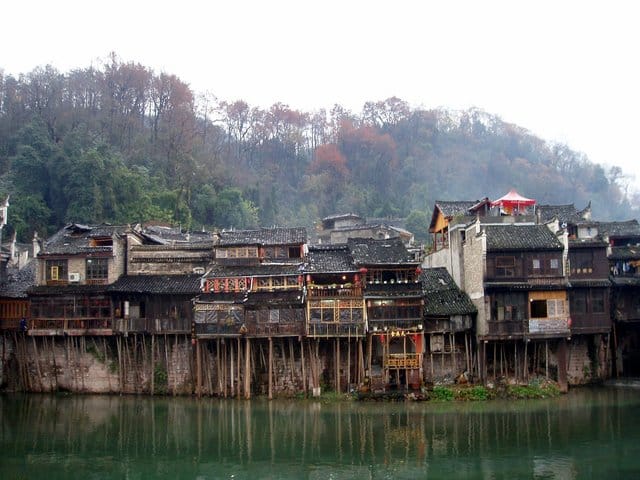