What’s up with China and all these escalator mishaps?

Last year, we had three big stories from the country.

In August, we heard that one about 35-year-old Zhang, a who unfortunately lost his leg in a freak escalator accident while he was doing his job. In September of the same year, we also got the news about that incident in Chongqing where a poor 4-year-old boy tragically died when he got crushed in an escalator handrail. Also, who can forget that accident in a Jingzhou shopping where a mother died as she was “swallowed” by a collapsing escalator floor, heroically saving her child in the process.

It’s just February and a new escalator trouble in the country has gone viral on the web once again.

Fortunately though, it wasn’t as terrible as the above-mentioned incidents.

This unsuspecting crowd didn’t know that the escalator would switch direction and cause injuries among them. 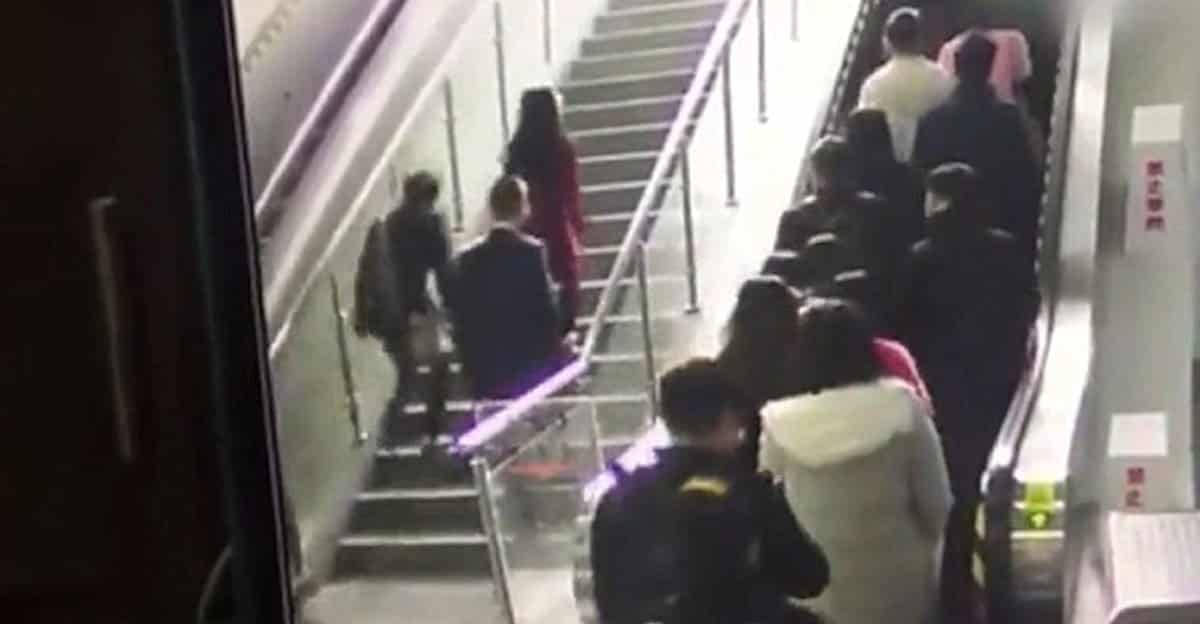 This one took place in Ningbo, Zhejiang where a CCTV footage showed that a thick crowd of people tumbled over like dominoes as the escalator randomly reverses its direction.

The escalator immediately stopped after that but not without causing some inconvenience. According to reports, at least five people were injured after they were stacked on top of one another.

It’s a good thing that most of the people were spared but frankly, it sounds like more people in China will be taking the stairs these days again.