Some people are wary of doctors for fear that they could make a mistake. But would you trust a robot with your health? China has recently completed its first robotic surgery and it was a resounding success. In fact, the robot performed so well that the patient was expected to recover immediately after the surgery.

The operation was performed by Tinavi, the world’s first and only orthopedic robotic system. Also called Tianji in Chinese, the robot operated on a patient at the First Affiliated Hospital of Anhui Medical University in the Anhui province of China. Interestingly, the system’s operation was so precise that the patient was able to stand up the day after his surgery.

The robotic arm works on the patient as a surgeon looks on. 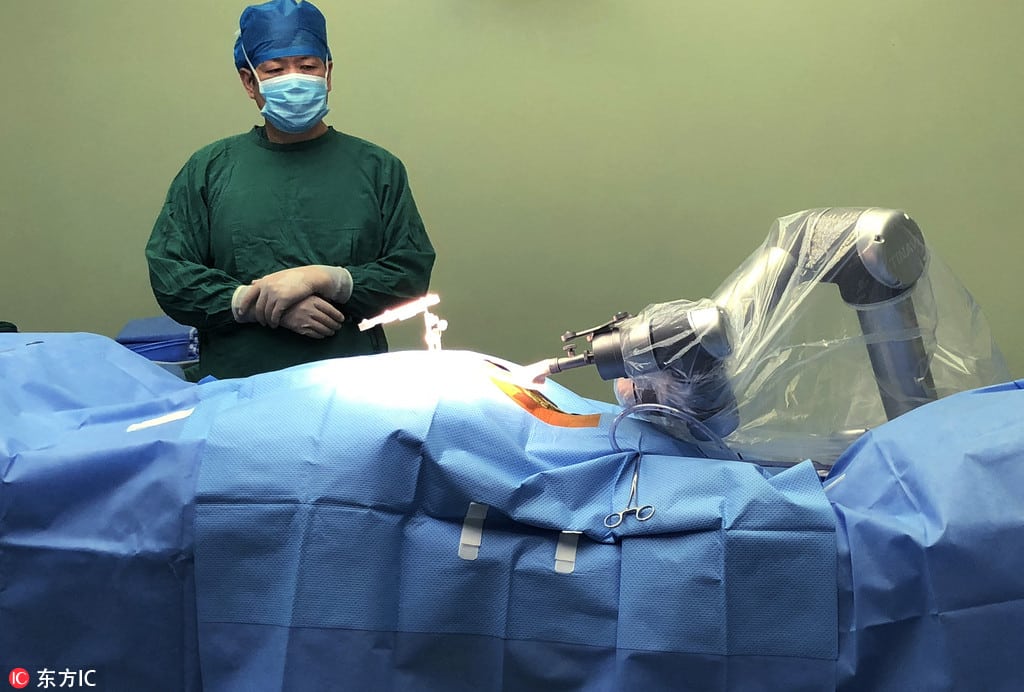 The patient, who was only identified as Wang, suffered from numbness in his legs and left hand. The robotic system operated on Wang through a wound measuring only 1 centimeter. This limited bleeding and helped Wang recover almost immediately.

Wang recovered only a week after the operation. A regular procedure could last two to three weeks due to the potential for more extensive bleeding.

The doctors check the system’s monitors to track their progress. 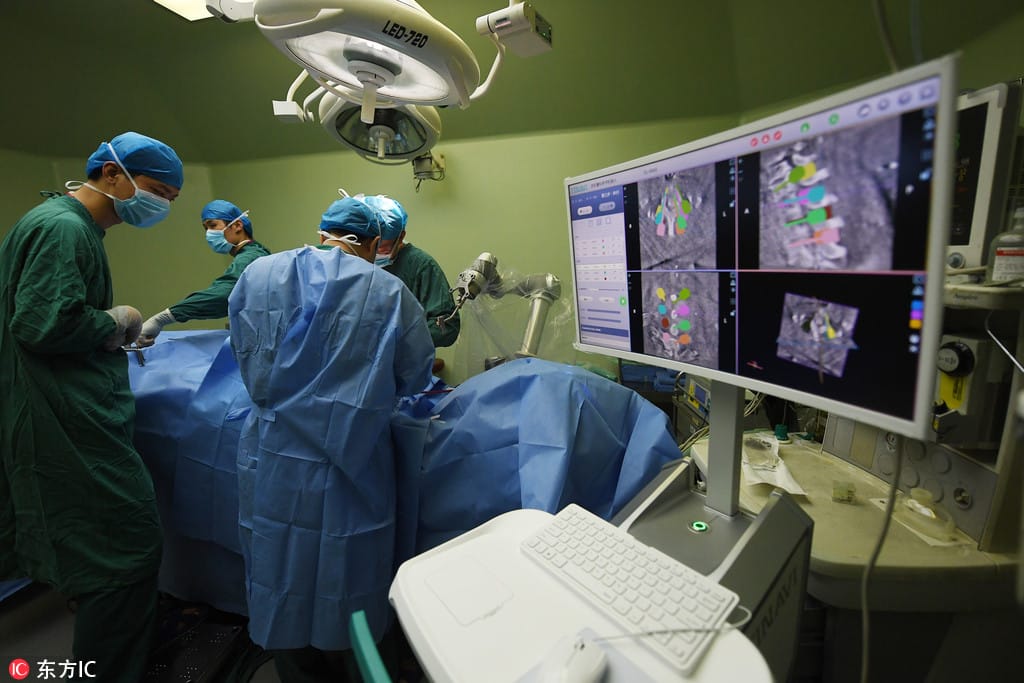 Although the robotic system worked amazingly, it might be too soon to leave surgeries to robots just yet. Tinavi served as an assistant to human surgeons by providing comprehensive surgical blueprints for spine and trauma procedures using its multimodality imaging.

The system’s optical tracking system enables it to perform 3-D scanning and monitor the whole surgery process. In addition to that, the robotic arm increased the consistency between surgical paths and planned trajectories.

The robotic arm is put aside as doctors finish the job. 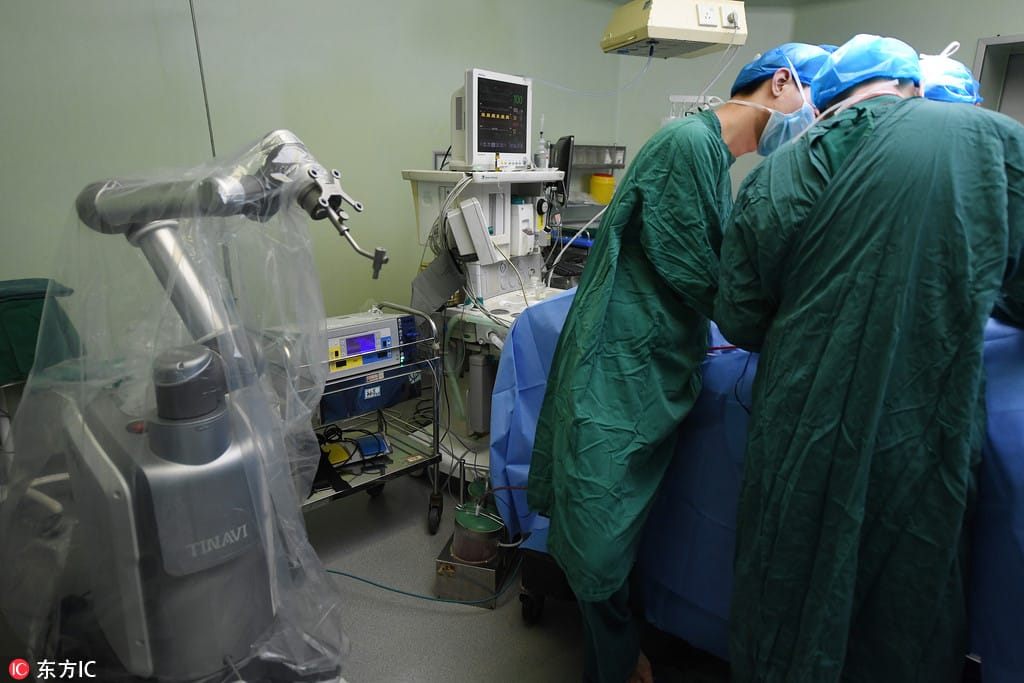 What do you think of this amazing scientific breakthrough? Would you allow the robot to perform surgery on you? Let us know in the comments below.