Our bodies are host to countless microbial organisms that are simply not visible to the naked eye. Some may be grossed out to know about them but the truth is that we benefit and depend on these microbes for important reasons. Good bacteria protects us from the harmful ones living in and on the visible parts of our bodies. It also helps combat  human diseases.

Lab technician Tasha Sturm of Cabrillo College in California  recently captured a variety of microorganisms present on her 8-year-old son’s hand after a few minutes of playing outside.

Sturm had her son place his hand in a bowl with tryptic soy agar which forms a nutritious jelly that microbial bacteria like to eat. She then made sure that her son’s palm was gently pressed to make contact with the agar. Afterwards, she incubated the specimen and set it aside. After a few days, this is how it looked like.

Bacteria like Bacillus sp, yeast/fungi and other colorful colonies (red/pink/yellow) start to grow slowly and show up in the plate after being refrigerated or left at room temperature for days. 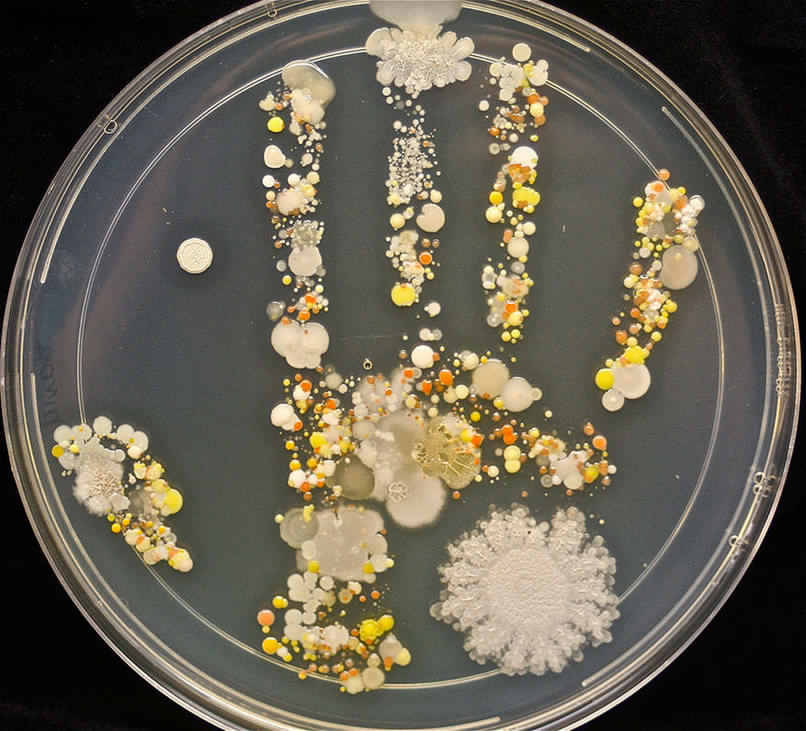 Here is a closeup of the organism seen on handprint #2 which is presumed to be Bacillus sp, commonly found in dirt. 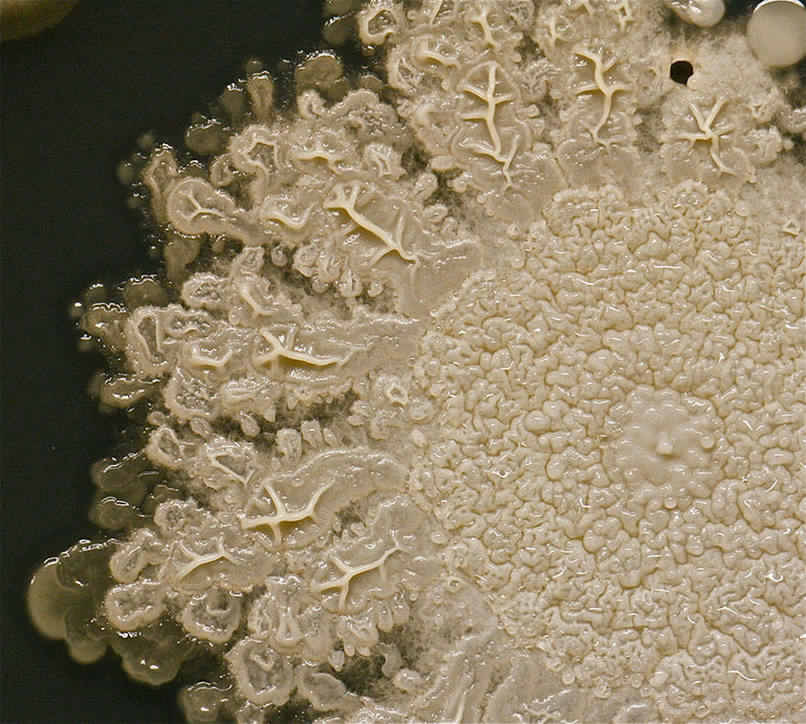 Meanwhile, an unknown organism  was seen on a TSA plate for handprint #3. It was seen on the outside of the imprint, and could not be identified whether it came from the hand or was contaminant. 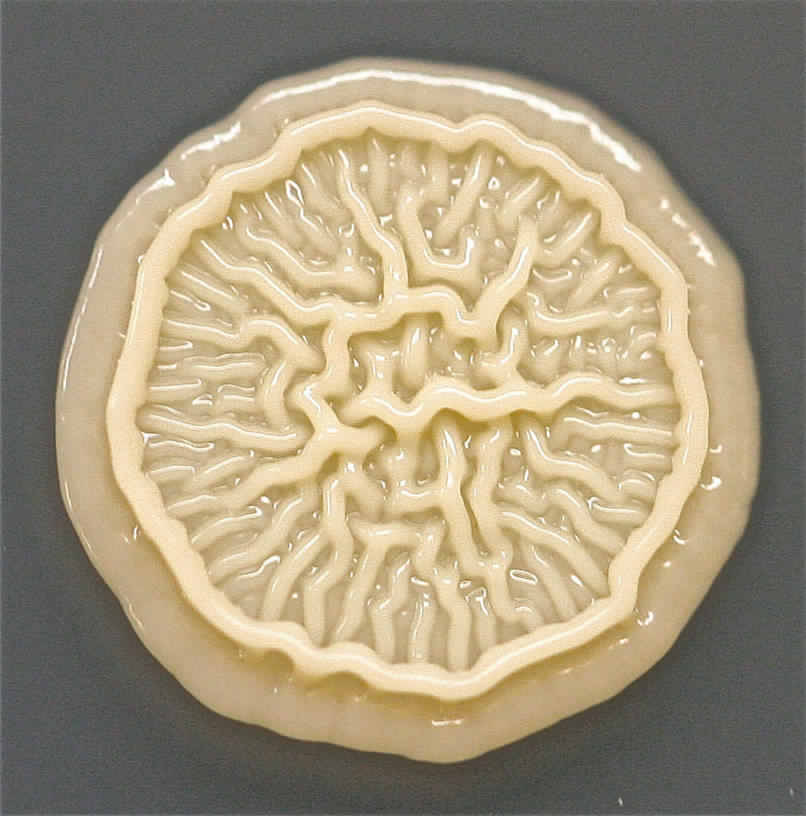 No need to worry though because almost everything growing in this specimen is not harmful and in most cases, beneficial to one’s immunity.’We would be dead without them.’  Always remember, ‘we need them as much as they need us.’