A scary dashcam footage has recently been making the rounds on social media showing a high-speed vehicular accident in China. In the said video, a passenger can be seen flying out of the rear windscreen onto the roadside.

According to a report by the Mirror, the said collision “happened in the Chongqing municipality of south-western China”. The site further specified that “the driver of the black saloon had lost control of the car and rammed the guardrails on the central reservation.”

Fortunately, all three people in the vehicle survived the scary accident. 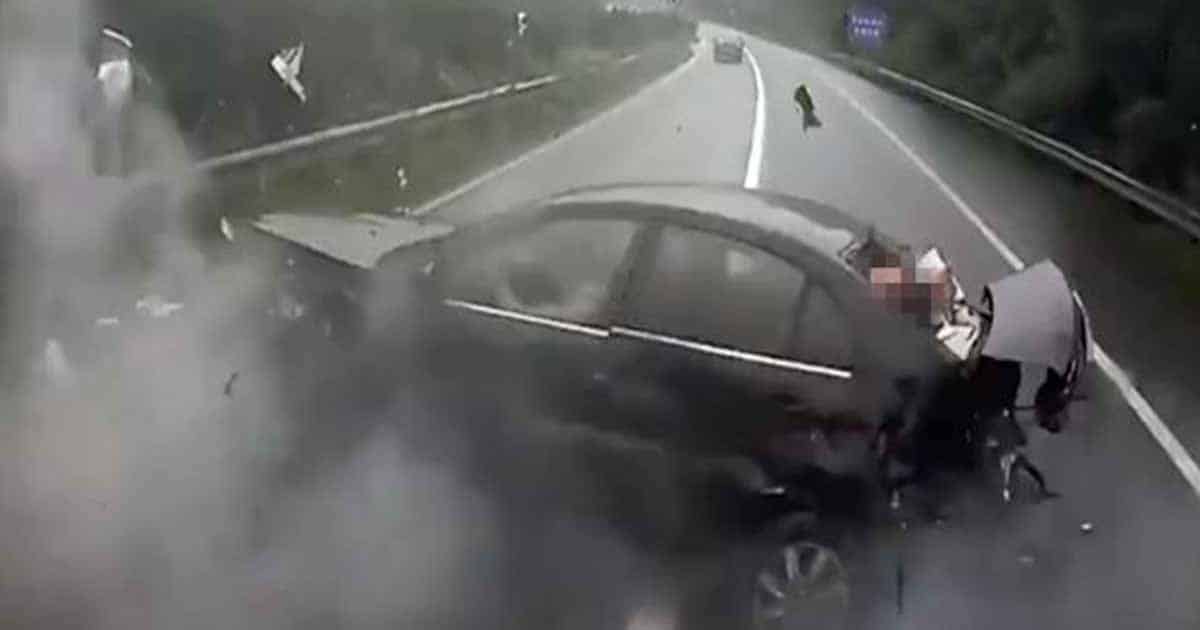 The backseat passenger who flung out from the car was later found by police officers and paramedics in terrible pain, lying beside the road. He was, however, conscious enough to talk with the rescuers when they arrived on the scene of the tragic accident. The crash left him with multiple broken bones.

Meanwhile, the other back seat passenger, a woman, was discovered in the vehicle in a state of shock. They were all taken to a nearby hospital to receive needed treatment.

Mirror also told us that “Chongqing authorities confirmed that neither passenger in the back seat were wearing their seat belts.”

Since 2004, China has made it mandatory for drivers and passengers to wear seat belts at all times but many have been ignoring the law – especially back seat passengers.

We can only hope that this incident will serve as a reminder for everyone to realize the importance of wearing seat belts from now on. Road accidents can happen anytime and not everyone can be as lucky as these three individuals who managed to survive a frightening collision.

So yes, be sure to buckle up the next time you ride your vehicle.