A great white shark washed up ashore on a beach in Cape Cod, and hundreds of people tried to save it instead of running for their lives.

What’s the first thing anyone in the ocean can think of when coming face to face with a great predator from the deep? The first impulse is to scream and swim away as fast as anyone can. Or run hell bent for leather towards shore away from immediate danger of consumption.

But when one such huge predator washed up on the shores of a beach in Massachusetts, USA, scores of beachgoers rushed to try and rescue the dangerous fish, without regard to their own exposed flesh. 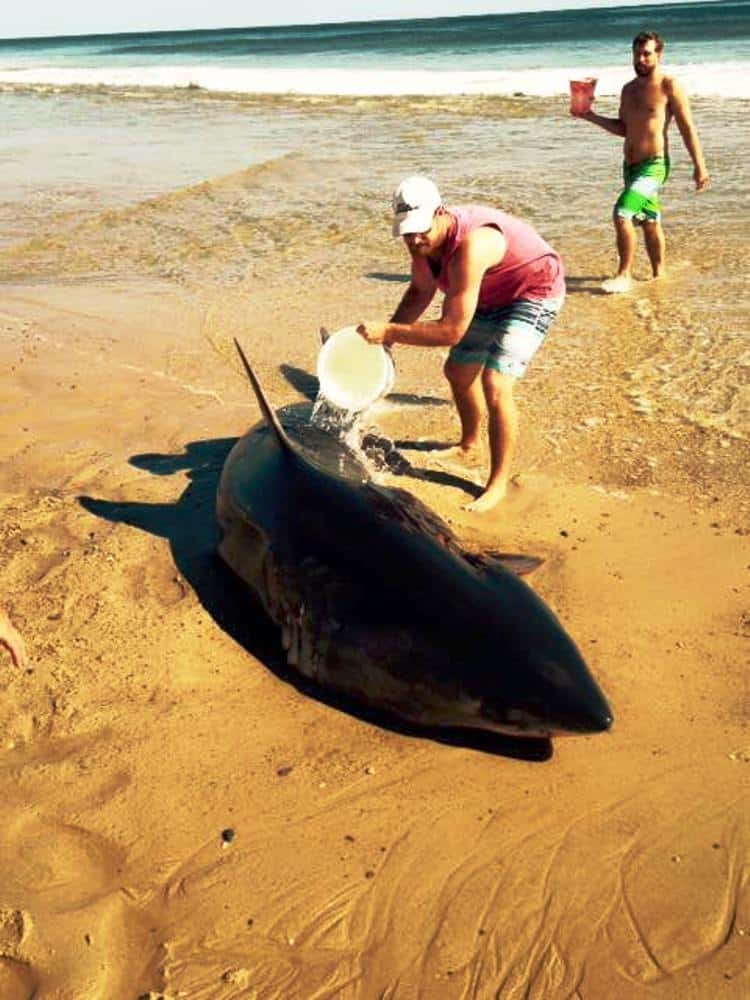 The incident took place on a beach on White Crest Beach in Wellfleet, Massachusetts on a Sunday just after 8 a.m. The massive animal washed ashore, and hundreds of people hurried to try and get the huge predator back to sea.

Initially just splashing water on the one-ton great white shark, they eventually formed a bucket brigade, carrying water from the ocean to the shark to try and keep the 14-foot sharp-toothed predator from drowning in the sand. 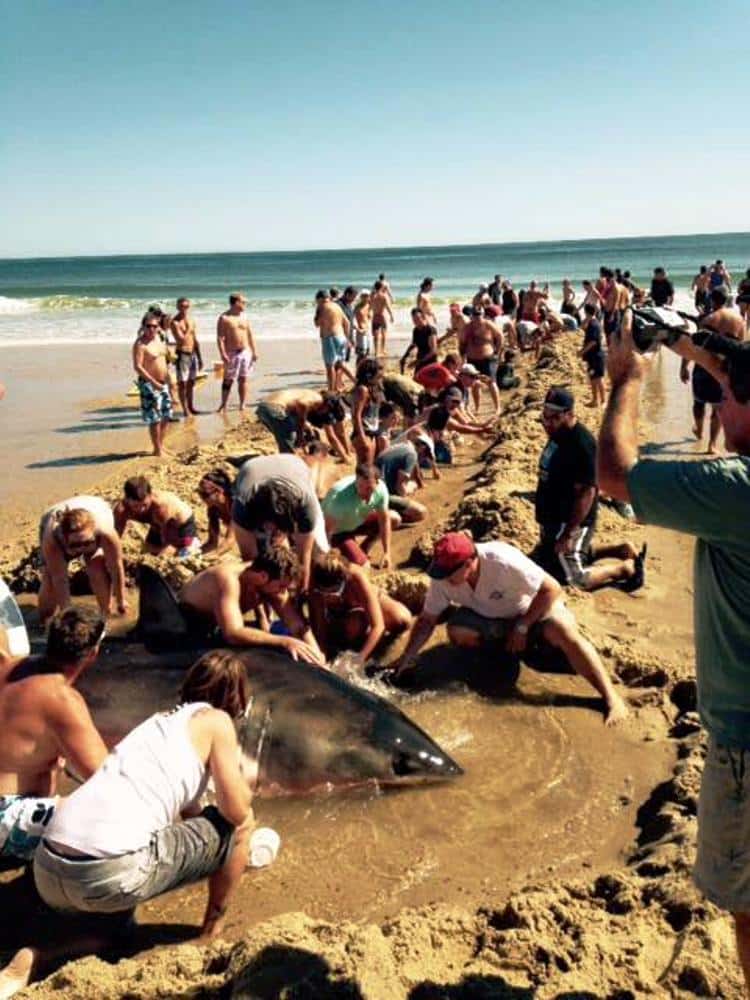 Beachgoers also dug a trench around the gasping fish, leading all the way to the water to help tow it back to the ocean safely. 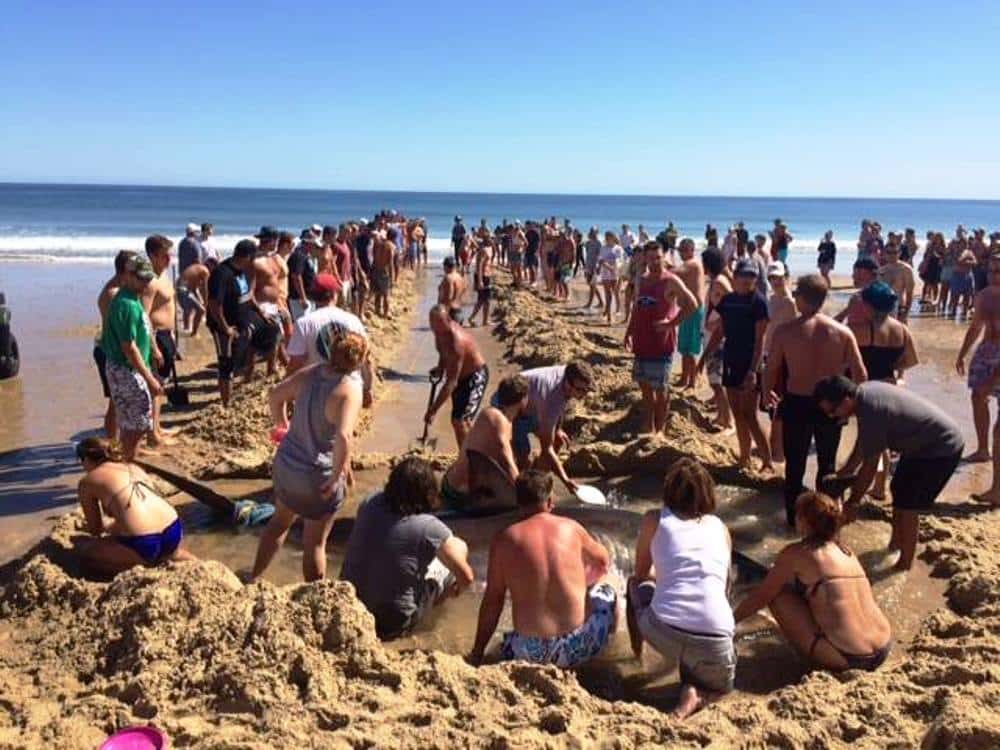 They were joined by National Park Service rangers and police officers who helped to keep crowd control, until eventually members of the Atlantic White Shark Conservancy arrived. The Conservancy members tied a rope around the shark’s tail as its boat attempted to tow it back to deeper waters, attempting to revive the shark by steering the boat in circles.

The Conservancy was unable to ascertain why the predator beached itself, as the behavior is only common in whales. They also took tissue samples from the shark to send to researchers for further study.

Like the people on that Cape Cod beach, would you also risk life and limb to save a predator?