This crystal ball found right outside the Darwin Airport Meteorological Office in Darwin, Australia isn’t a tool for telling the future but is just as fascinating. In fact, it is a scientific instrument of antique nature and still continues to be in use today.

As its name implies, the Campbell-Strokes Sunshine Recorder is a device that measures the sunshine’s intensity. It works pretty much like how a thermometer measures temperature.

The device is made of about 4-inch diameter solid glass sphere which concentrates the rays of the sun on a calibrated paper. The sun’s heat then burns a path on the said paper and so its intensity can be measured depending on the details indicated on the burns.

The instrument was named after its inventor John Francis Campbell who created it back in 1853. 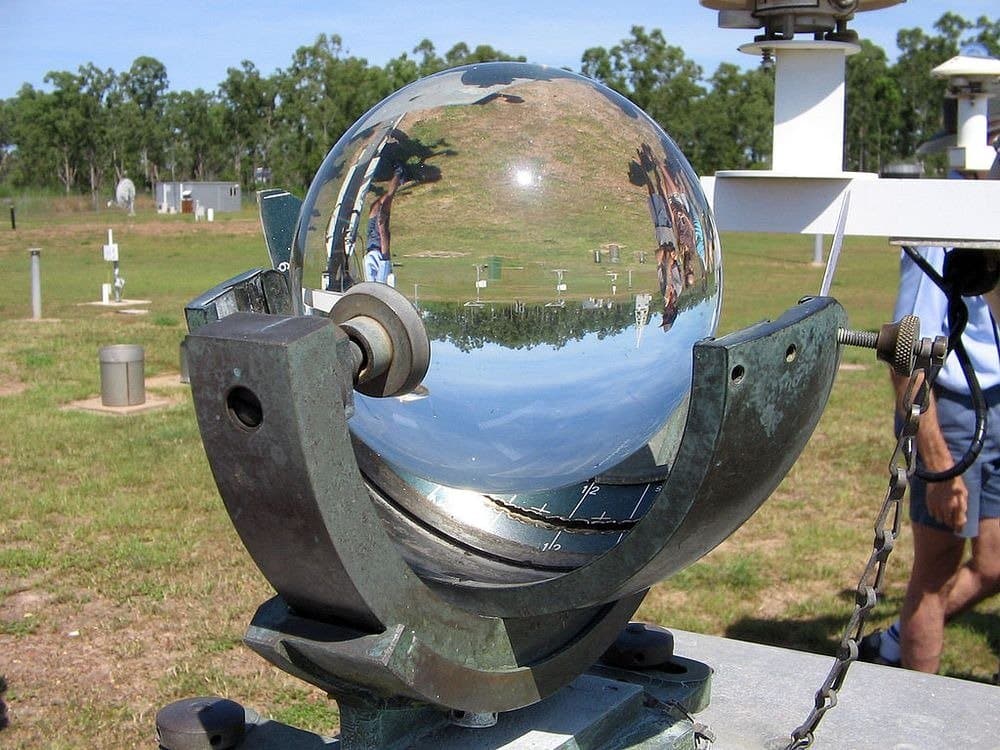 Amazingly, Campbell wasn’t even a scientist – he was an author and scholar. During his time, transparent glass balls were used as paper weights and many observed that they left burned holes on paper when they are exposed near sunlight.

This, of course, wasn’t exactly a new discovery since mirrors and lenses have been anciently used by Greeks in concentrating sun beams back. Way back the siege of Syracause in 2nd century BC, Archimedes set rival ships on fire by using a parabolic mirror to bounce rays from the sun.

Campbell took inspiration from that and started tinkering in making his own meteorological device – something that can measure and record the sun’s intensity. 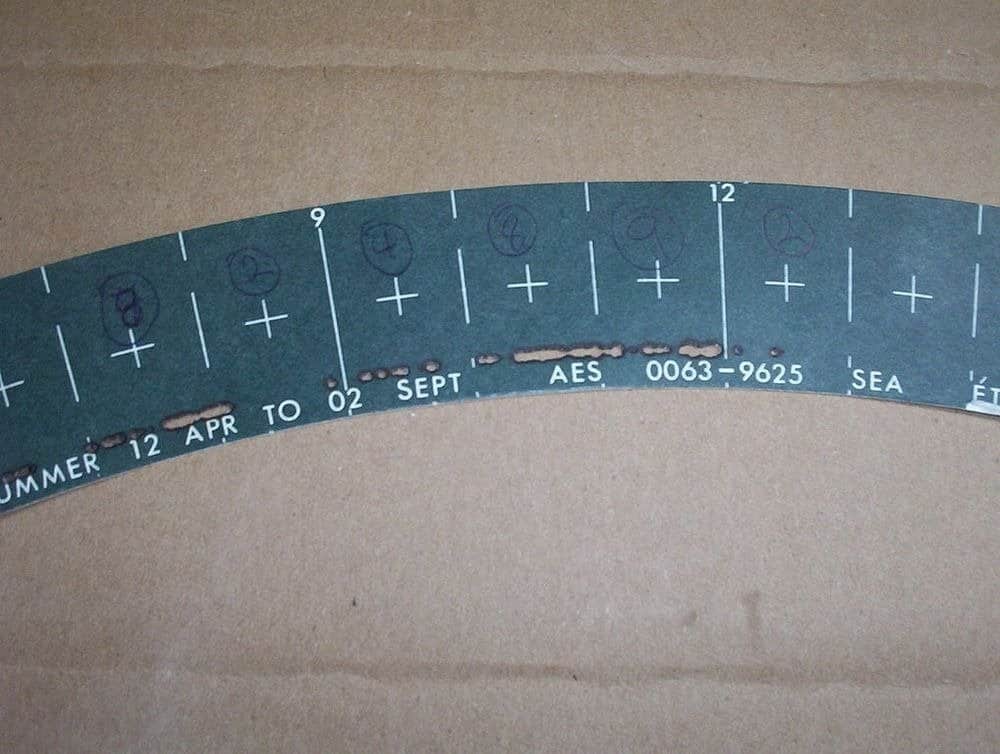 He used a hollow glass globe filled with water and then mounted it on a wooden bowl. The instrument determined the sunlight’s intensity depending on how deep the burn was.

Successful meteorologists took notice of the awesome invention and come 1879, an Irish physicist adopted it, replacing the wooden frame with metal. Removable paper cards were also used for recording the sun rays.

Today, the Campbell–Stokes Sunshine Recorder is still being used in numerous meteorological offices and observatories across the globe. 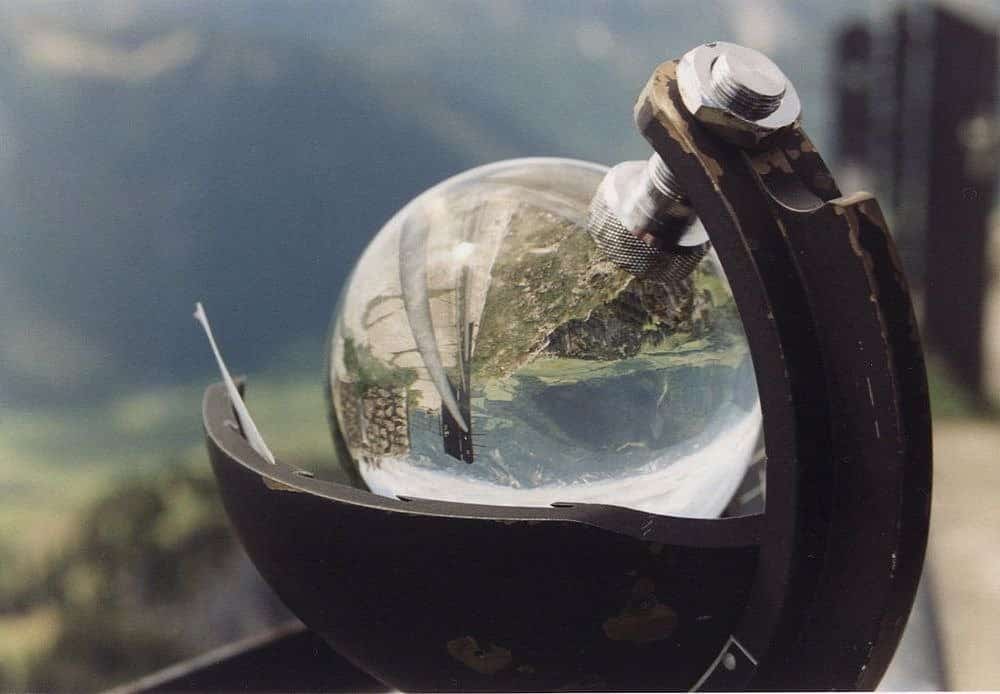 Although electronic sensors have taken its place, it continues to be a valuable source of inspiration and information for over a century. Both students and experts still study the recordings to understand more about the sun.

That’s definitely not bad for a device invented by a Scottish author! 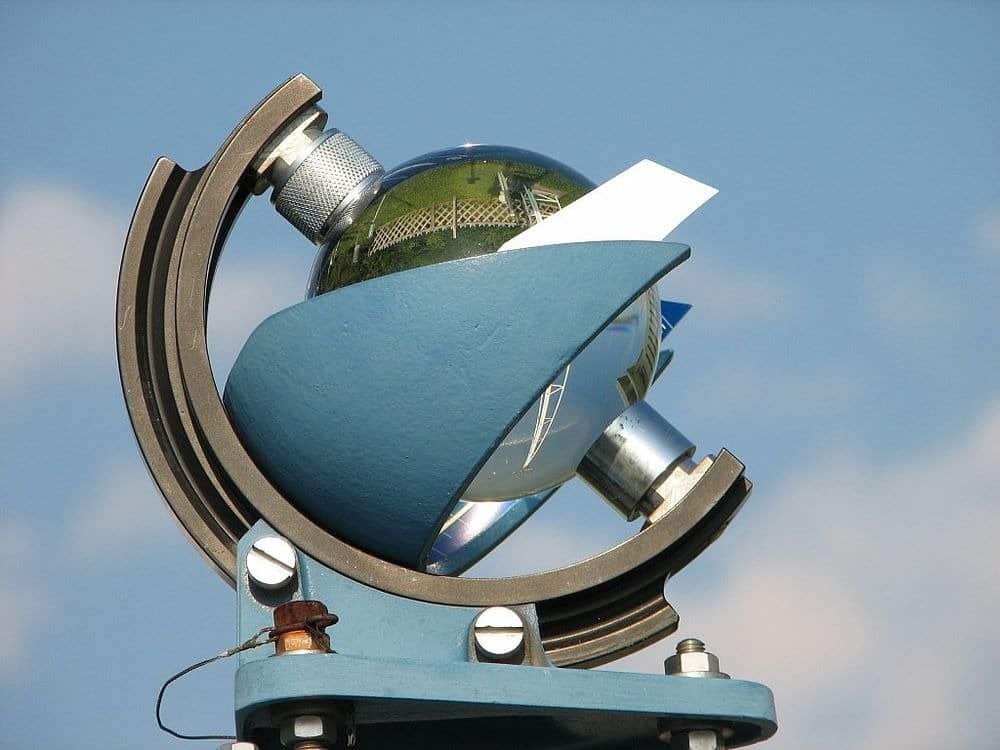