Growing up with brothers can be quite annoying. However, five men proved that they will always treat their sister like a true princess. They decided to surprise the young bride on her wedding day by giving her a wonderful father-daughter dance that brought her to tears.

Kaley West Young was a true Daddy’s girl. She was very close to her father David Jean West. Unfortunately, David passed away in 2015 due to heart disease. Kaley was truly heartbroken that her dad couldn’t be with her on her wedding day. However, the bride didn’t know that her brothers had a truly amazing surprise for her.

These amazing brothers made sure their father was part of his daughter’s wedding day.

The five men decided to give Kaley a beautiful present when she married Andy Young. When the time came for a father-daughter dance at the wedding reception, they announced that they would take their dad’s place. However, they had secretly included recordings of David’s voice in the Michael Bolton song “Fathers and Daughters”.

As the song began and the first brother stepped up, David’s voice introduced himself. “Hi, Kaley. My name is Dave West and I’m Kaley’s dad. And I love her very much. 18 hundred times worth,” he said. His voice instantly made the bride burst into tears.

The brothers took turns dancing with Kaley as their father’s voice kept saying beautiful messages to his daughter. Not surprisingly, there was not a dry eye in the room.

Kaley was deeply moved by her brothers’ beautiful gift. 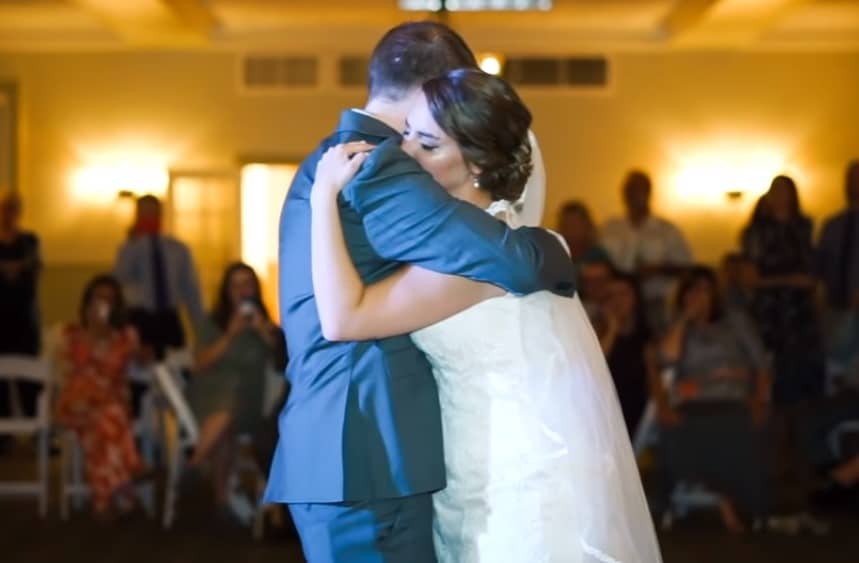 Michael Bolton actually took notice of the emotional dance. The singer thanked the brothers for choosing his song.

“I’m so humbled and honored that the west brothers choose my song #FathersandDaughters to dance with their sister Kaylee at her wedding. their video brought me to tears,” Bolton wrote in a Twitter post.

It’s a beautiful moment that proves how your family will always be there for you. The brothers also confirmed that their father did a great job in raising amazing men.

Watch the tearjerking full video below: