A wild duck has wandered in a zoo pond to play a dangerous game of cat-and-mouse with one its residents, a Sumatran tiger. The duck decided to take a dip in the tiger’s pool but the magnificent feline wasn’t so welcoming towards his unexpected visitor. A game of chase started and it was captured in a video that went viral on social media.

The duck started cooling off in Jalur the Sumatran tiger’s pool in Symbio Wildlife Park in Helensburgh, Sydney. Not content with getting itself wet, the duck seemed to be daring the feline to catch it as it circled around the pool. Each time Jalur gets close, the duck quickly evaded him.

Meet the duck that just wants to cool off in a pond and then decided to play with a predator. 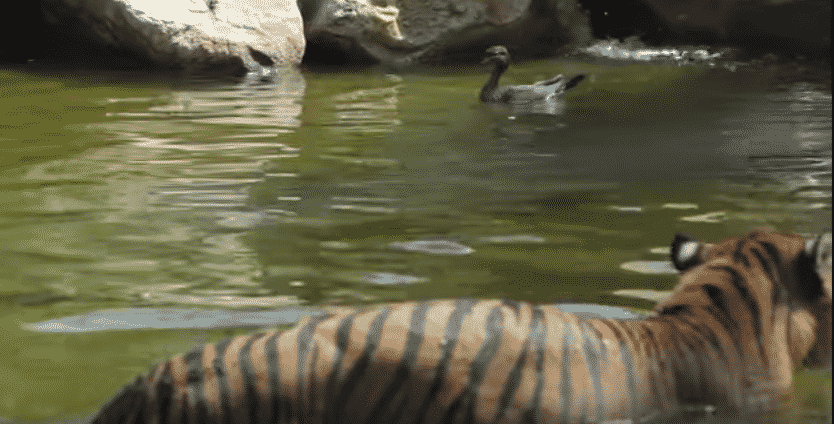 The wild duck has been considered to be the “bravest” in the world after appearing not so concerned about being close to a known predator. There was even a certain point, as seen in the video, that will surely get the audience screaming with thrill and excitement as Jalur was close enough to land itself a dinner. The feline was even ready to pounce but the duck continued splashing around and Jalur had already missed its target.

Eventually, Jalur got tired of chasing the feathered creature that he gave up and let the duck be. He jumped onto a rock and forgot about what was supposed to be a surprise meal.

Jalur, a resident at Symbio Wildlife Park, agreed to play with the mischievous duck that constantly dives and surfaces up the pond. 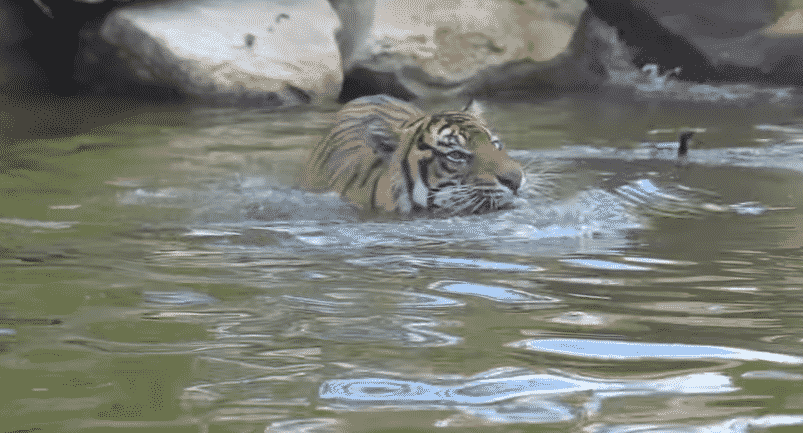 Jalur just can’t get to its playmate.

It’s a game of now you see the duck… 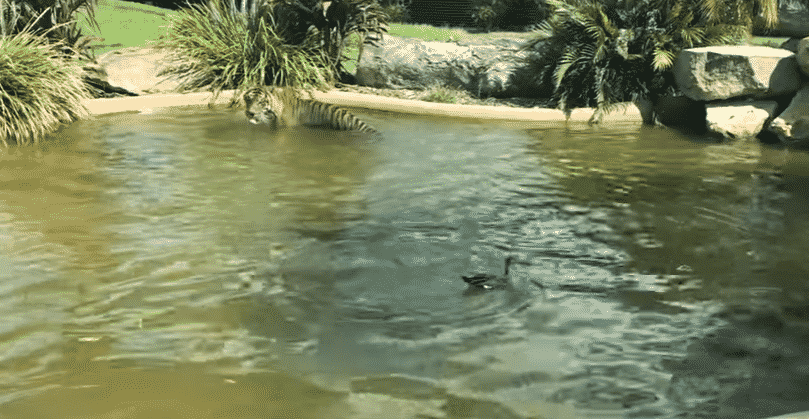 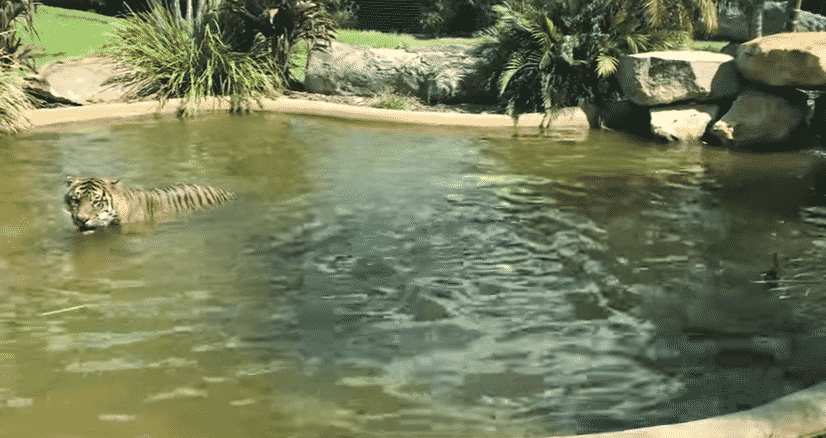 Jalur must be frustrated not being able to catch the duck despite being a known predator. 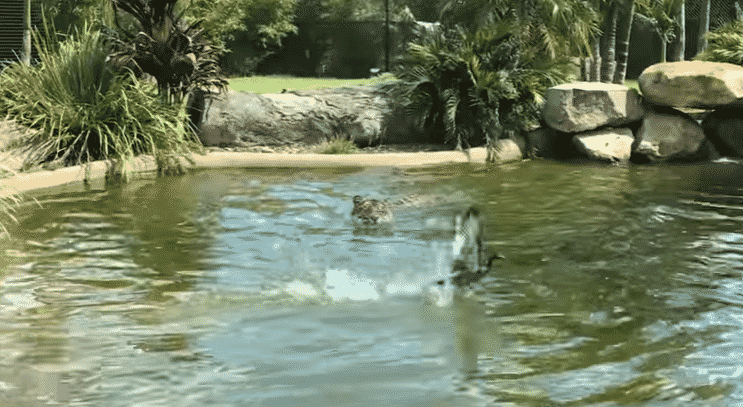 Sorry Jalur, Mr. Duck just seems to be awesome when it comes to evading capture.

Eventually, the Sumatran tiger gave up on the chase and got out of the water. 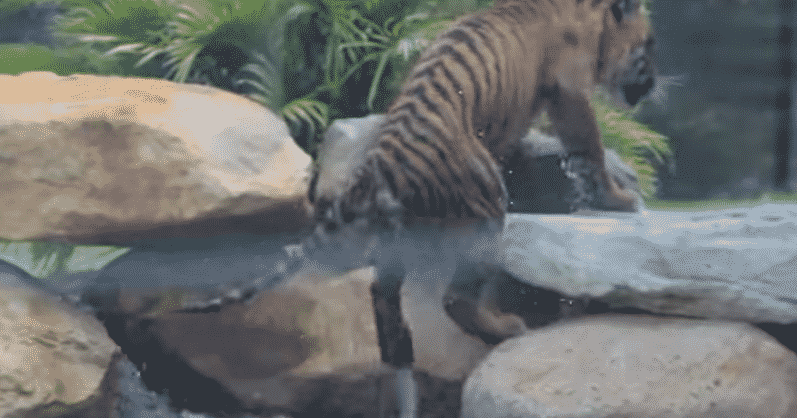