A father was supposed to lose three people in his life after his wife was declared brain-dead while she was pregnant with their twins. However, the babies kept clinging for their lives so the doctors made a ground-breaking decision to keep their mother alive for 123 days on life support so they will be saved.

Frankielen da Silva Zampoli Padilha was only 21 when she was declared brain-dead after suffering from a stroke. It was an unfortunate and heartbreaking incident for the family since she was then already several months pregnant with twins.

Medical doctors at the Nosso Senhora do Rocio hospital in Campo Largo were then about to give up three lives as they believed the situation is already hopeless. Yet after the nine-week-old embryos’ hearts kept beating, the doctors were convinced that the twins were fighting for their lives despite their mom’s condition.

The twins were eventually born miraculously but they struggled to survive inside their mother’s womb for a couple of months. 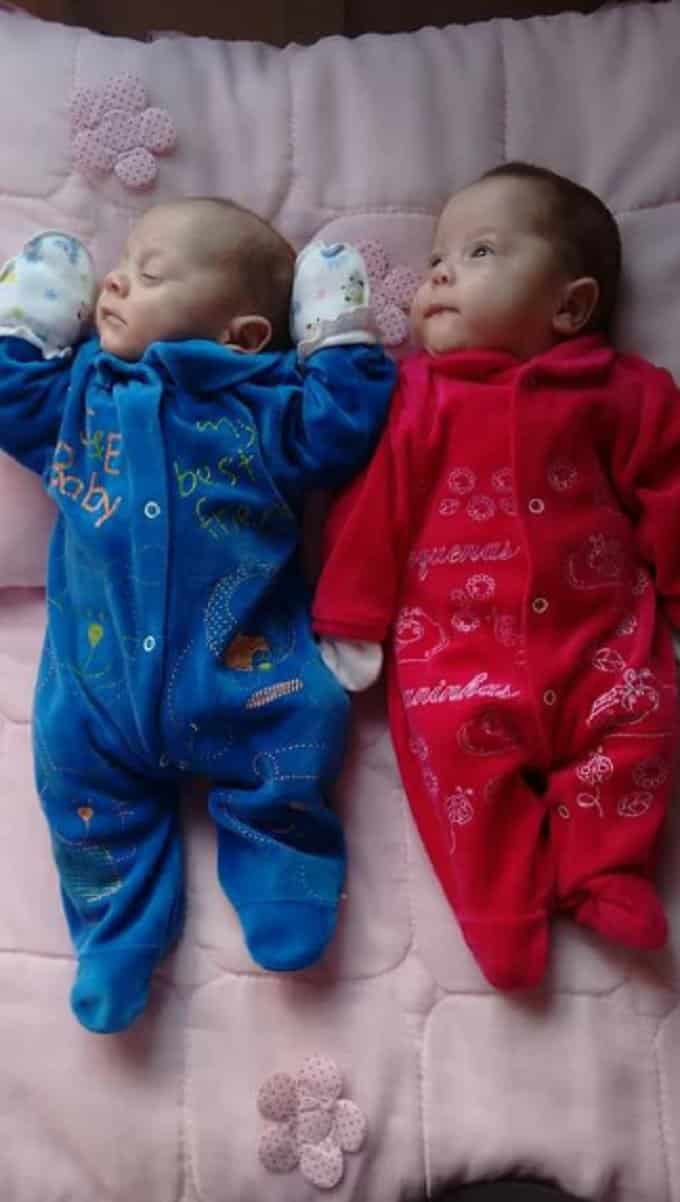 The hospital’s head of Neurological ICU, Dr. Dalton Rivabem, revealed that they were about to turn off Frankielen’s life support after three days, when the twins’ hearts already stopped beating. But to his surprise, he said the embryos kept clinging to life.

The twins were then monitored daily by the doctors through ultrasound.

“Frankielen’s organs were all intact and working as if she was still with us. We took the decision to keep her alive to save her unborn children. And every day we watched them grow normally.”

It was also a miracle how Frankeilen managed to keep her organs intact given that she was already declared brain-dead. 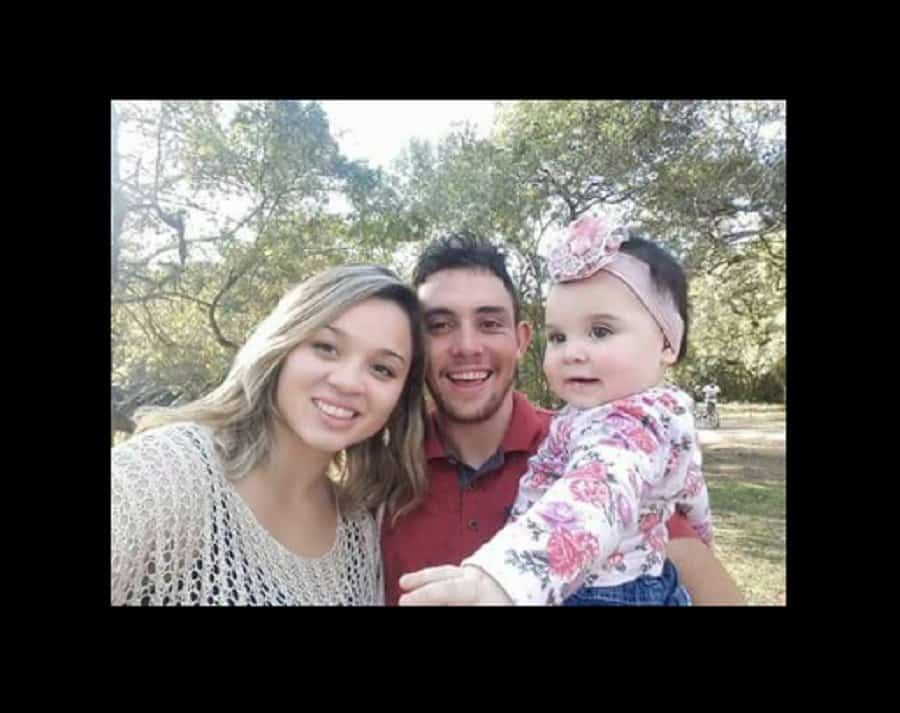 The unique case moved the doctors and have since provided the trio with unprecedented levels of care. The staff had a daily habit of visiting the three, decorating their room, singing for them and even talking to the fetuses to make them feel loved.

The hospital ran the life support for 123 days, which is already the longest recorded time that kept a person alive. The ventilator was eventually switched off and the babies were delivered through an emergency cesarean section. Frankeilen’s heart and kidneys were then donated to save two lives who needed the organs.

The journey has never easy both for the family and the hospital staff as the case involved numerous complications. The suffering extended until the continuous supply of medication stabilized Frankielen’s body condition, preventing her system to shut down. According to NTD Life, Dr. Rivabem then sought the help of a Portuguese doctor who handled a similar case where he kept a fetus gestated for 107 days before delivery.

Frankeilen’s 24-year-old husband, Muriel Padilha then recalled how his wife fell into her unfortunate situation.

“I was on my way to work last October when Frankielen called begging me to come back home urgently. She said her head was killing her. I told her to take a tablet. But she said there was a sharp pain at the back of her neck and it was so strong she felt she was going to collapse.”

He then rushed to their home to find Frankeilen crying, dizzy, shaking and vomiting from pain. Muriel drove her to the hospital and that, unfortunately, was their final moment to have a conversation.

“As I drove her to hospital, she said ‘I want you to be prepared to accept this because I will be staying there, I won’t be coming home.’ Then she passed out and those were the last words she spoke to me and the last time I saw her alive.”

The twins were born prematurely and were kept in incubators for three months.

Muriel now shares three kids with his late wife which includes two-year-old daughter, Isa Beatriz, and twins baby girl Ana Vitoria and baby boy Asap. After the hospital discharged the miracle babies, Frankeilen’s mom Angela Silva took the responsibility to care for them. She expressed how proud she was of her late daughter saying:

“I’m so proud of my daughter. It’s been hard losing her but she was a warrior right until the end, protecting her beautiful children and giving them life until the day she finally died.”

Muriel and his mom-in-law Angela share in the task of taking care of the twins. 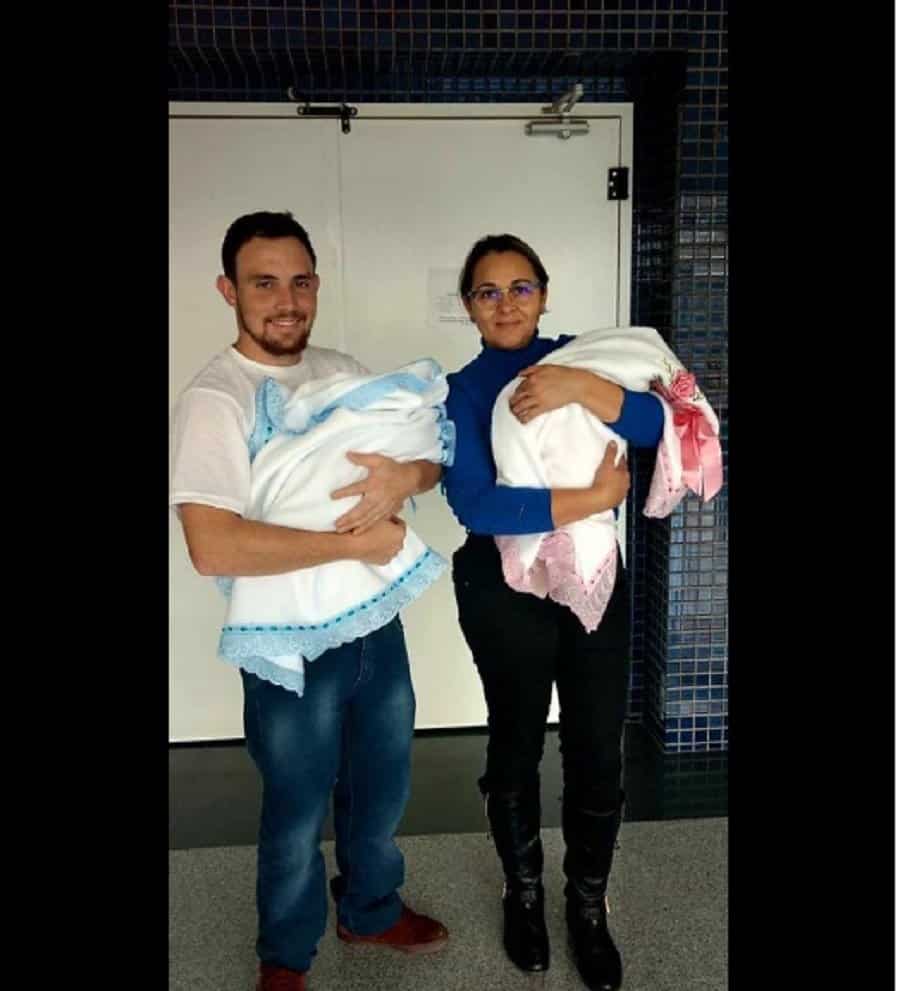 Muriel, on the other hand, tries to move on with his new life caring for his children revealing:

“Frankielen has appeared to me on many occasions especially when I was despairing and crying out for God to bring her back to me.

One night she sat on my bed and said: ‘Baby I can’t come back to you anymore. I must stay. I am in a beautiful place now. You’ve got a big mission still to complete. You have to look after our children and you have to be strong and move on and live your life.’
Frankielen was a generous and loving person. I believe God chose her for this purpose so a miracle could happen.”