What will make a young boy grow his own hair long enough like a girl and stand being teased by other people? It’s inspiring to know that for 8-year-old Christian McPhilamy, it only took a commercial he saw on TV to do such. The said advertisement was for St. Jude Children’s Research Hospital with many children who are sick and without hair.

After his mom explained about chemotherapy and its side effects, he figured out what to do next. Christian came to a decision–to grow his hair out long enough to donate it to the young cancer patients who need it more.

After two years, Christian is rocking his 10-inches long hair. 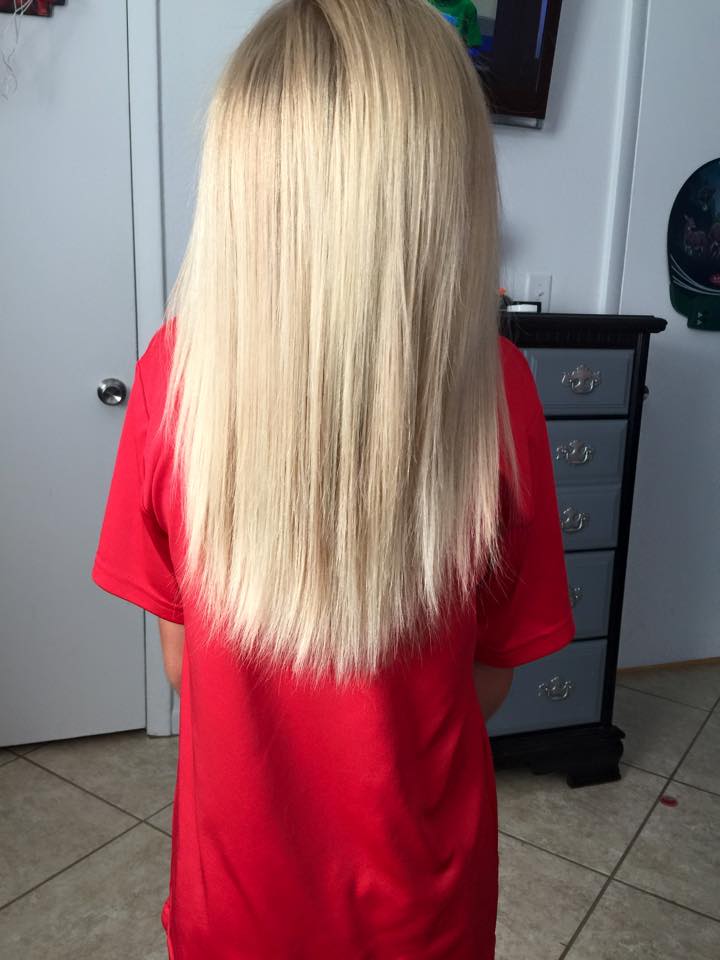 He decided to grow his hair to help some kids who had lost theirs. 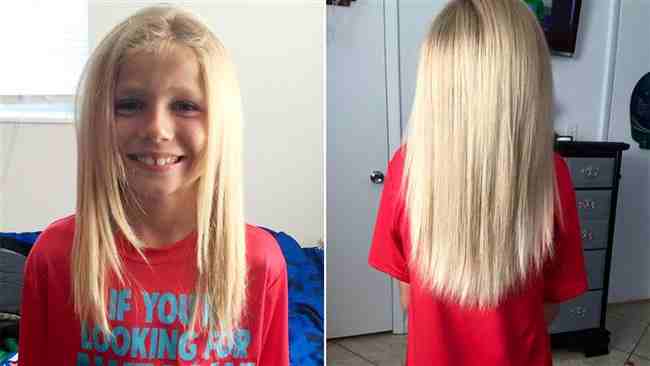 The road to completing Christian’s good deed has been a tough one though. He experienced being ridiculed and bullied because of his long hair. There are many instances when kids, even adults would call him ‘a girl’ while some offered money for him to cut it.  Christian’s mother Deeanna Thomas said,

‘He has endured an awful lot of criticism, and yes even bullying, throughout this time.’

Despite the challenges, this brave and kindhearted boy didn’t quit and patiently waited for 2 years before getting a haircut since the donated hair should be about 10-inches long.

He was bullied, some would even call him ‘a girl’ but he didn’t let  those things stop him. Here’s a photo of Christian with his hair tied up in ponytails so it would be easier to collect it. 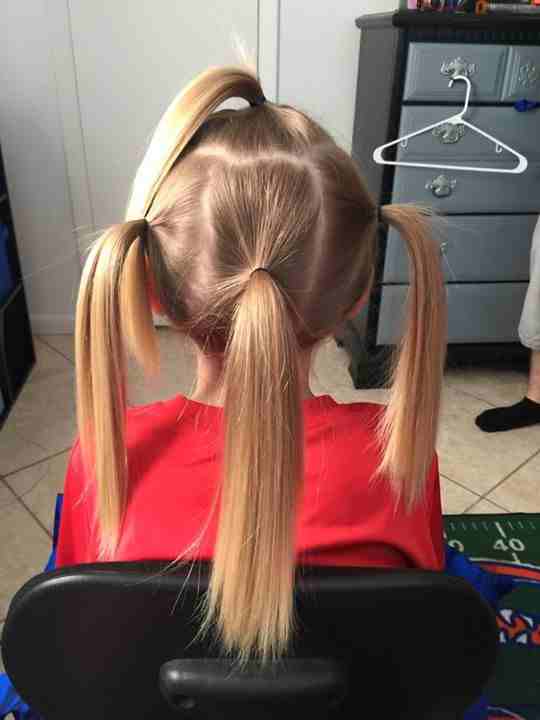 He even took the time to explain his mission to people.

‘He held his head high and he never once said that he wanted to cut it off,’ his proud mother said.

Here he is all smiles after the big cut. The shirt says it all, this kid is awesome! 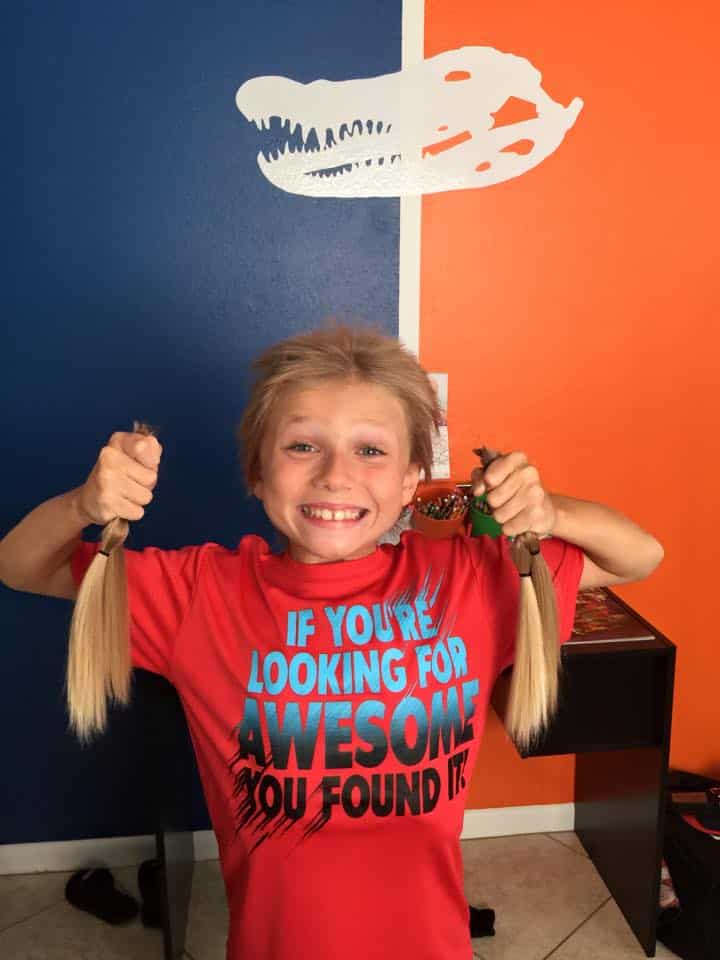 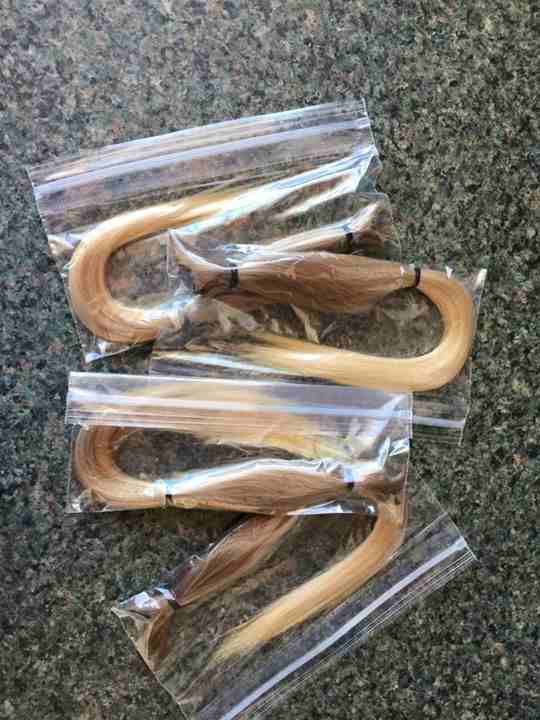 After the long wait, he finally got his well deserved haircut and he’s more than happy that he was able to help too. 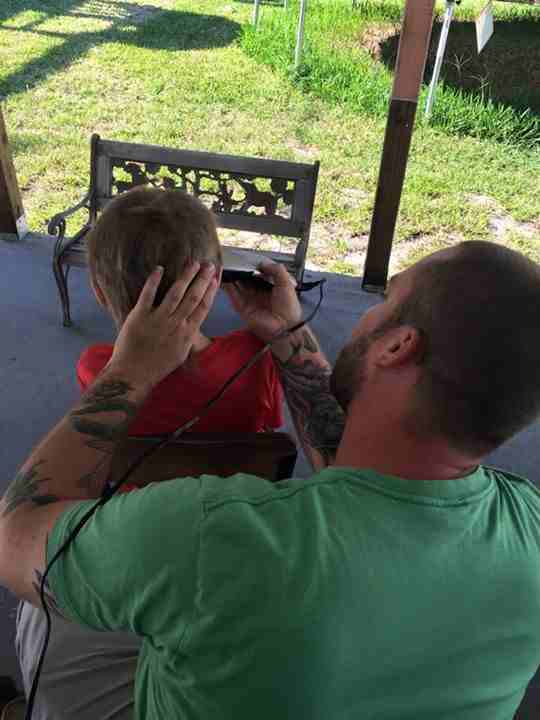 Christian’s family was so proud of him when he accomplished his mission and didn’t let other people stop him from doing so. Christine Wong, COO of Children With Hair Loss — the charity that received Christian’s hair was also impressed. Typically, only about one in 50 donations comes from a boy.

Meanwhile, Christian is now sporting a new look–back to his shorter hair and he is even more glad that he was able to help some kids. Such a sweet boy. He can also be an inspiration and a role model to other children.

To learn more about hair donation, you may check the Children With Hair Loss website.