If a bicycle and a Ferrari go on a race, whose side are you going to be on? For most people, the Ferrari would be the obvious choice but for a bike to dare a race against one of the world’s fastest cars, it must have some tricks up its sleeves, errrrr, wheels, right?

So, in this race, I would be putting my money on the bike.

The Awesome Bike and the Zooming Ferrari

A Ferrari 430 Scuderia with 650 horsepower could easily zoom along the track, leaving lesser cars biting the dust. This is one of the reasons why the brand is favored by many; though not all can afford the hefty price tags.

In a race against other cars, you would know the Ferrari has one of the highest chances of winning.

So, in a race against a bicycle, it would be crazy, very crazy to bet on the bike…unless there is something special about this daring two-wheel vehicle.

Watch the Video of the Amazing Race

The bike beat the Ferrari! Did you find the video crazily awesome?

Hitting speeds of 207 mph (333 km/h), the bicycle quite literally left the Ferrari coughing in its wake as it passed through the smoke emitted from the rockets that propelled the amazing two-wheeled vehicle. It is the craziest race I have seen so far.

So, what’s the secret?

Designer Arnold Neracher equipped the bike of cyclist François Gissy with 3 small rockets, revealed to be powered by hydrogen peroxide. The bike was modified for form and function. 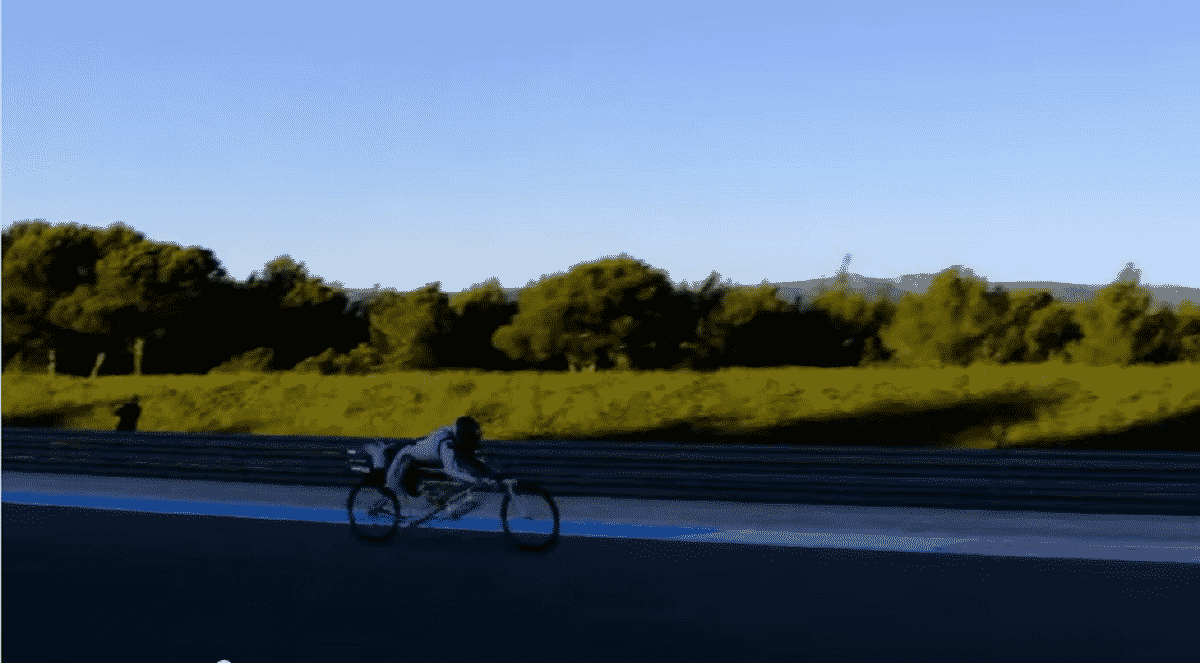 The rider would be blasted off the bike if he sits the regular way, so more modifications were also done for a stream-lined sitting position. What amazed me more about this rocket bike was the way Gissy was able to fully take control of the balance even while it was running breakneck speeds.

However, the race sparked a debate whether to still consider Gissy’s bike as a bicycle when it was already powered by a rocket or place it in a different category altogether. To solve the problem, many simply said it should be called a rocket bike. It is certainly not a regular bike but the rocket bike is still a bike. Yep. It sounds as crazy as that.

Gissy and Neracher have re-defined biking, taking it to a whole new level. I’m quite sure we would soon be seeing more of these awesome bikes from race enthusiasts across the world.