The woman in the video below possibly has the coolest job in the world. What does she do for a living, you ask? Well, she works as a caretaker for baby pandas – and she has to hug them often.

Yes, there is such a job and the footage was taken at the China Giant Panda Protection and Research Center located in Ya’an, Sichuan Province.

According to the reports, the caretaker gets paid 200,000 yuan (or $32,000) per year. Other perks include free meals and accommodation along with SUV use.

This woman works at the China Giant Panda Protection and Research Center and earns $32,000 a year for hugging baby pandas. 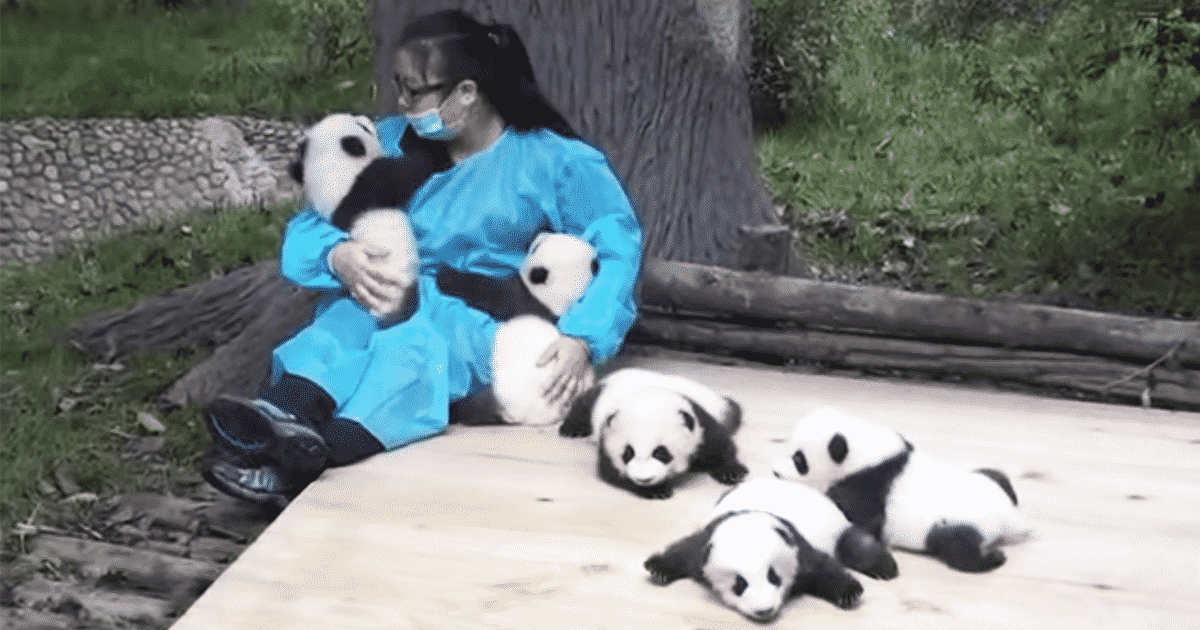 “Many people at our center do the same job, but the salary was never that high. But we want more people to pay attention to giant pandas’ protection work and participate.”

The baby pandas are too cute they look more like stuffed toys than real animals.

Ye Mingxin, market manager for Ford Motor Co in China and one of the recruitment organizers, explained:

“You need perseverance for this job. We expect that the applicants will be mainly white-collar workers from big cities. They are used to eating whatever they want, but inside the giant panda base, the choices will not be plentiful.”

At the end of the day, I only have one question here – where do I sign up for such an awesome job?