Although the fury ones from the cattle family usually dominate the world of fashion, the Chinese can’t seem to get their eyes off of the renowned breeds of pigs. As bizarre as it may sound, anyone could be a millionaire with the tattooed pig skins up to $70,000 per hide!

Spearheaded in 1997, Belgian tattoo artist Wim Delvoye was then forced to move his business to China since its animal welfare laws are not that uptight compared to theirs.

Three creative artists choose from a variety of designs ranging from Disney characters to Louis Vuitton logos and other random patterns that are popular among Russian prison inmates. The magic happens as the pigs are put under anaesthesia then later on massaged and moisturized by their special caregivers. Their skins are then closely monitored until their skin is ready for the market. Just recently Chanel was able to purchase one canvas wearing the Disney characters.

Meanwhile, animal advocates are criticizing Delvoye’s animal exploitation for personal profit gains. “Pigs, cows, and chickens are emotional, thinking animals who feel pain every bit as much as we do, and they value their lives,” a PETA spokesperson said. He added that the tattoos would have left the pigs feeling ‘sore, scared, and confused’. “Talented and visionary artists do not rely on cruelty to animals to get attention,” he said.

As for 49-year old Delvoye, he defended that the love for art is his main objective instead of animal brutality. As a matter of fact, he was even able to sell a human’s back skin with an intricate artwork. This of course went through a close monitoring of the skin within a certain number of times annually until the man dies. “Art must fascinate people, and doing easy things is not a good way to seek fascination,” Delvoye said. 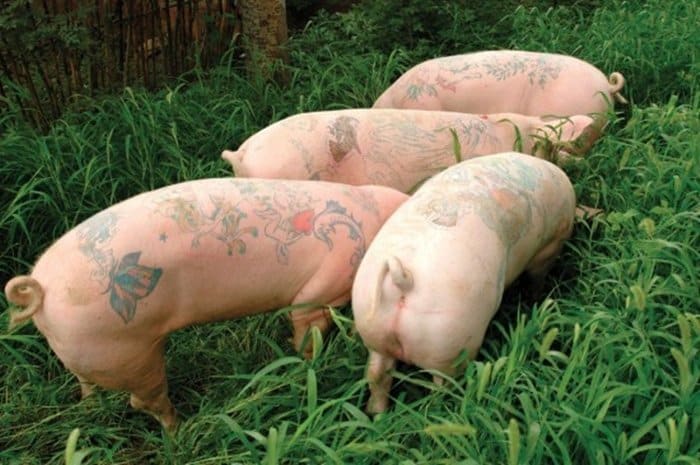 Just recently Chanel was able to purchase one canvas wearing the Disney characters. 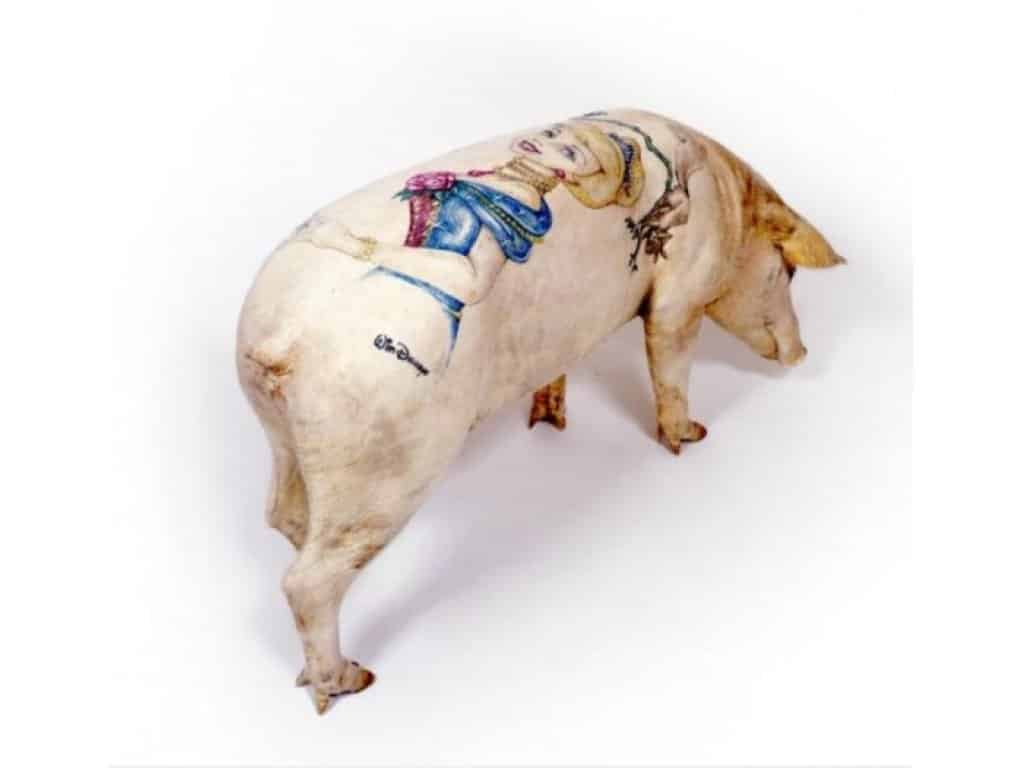 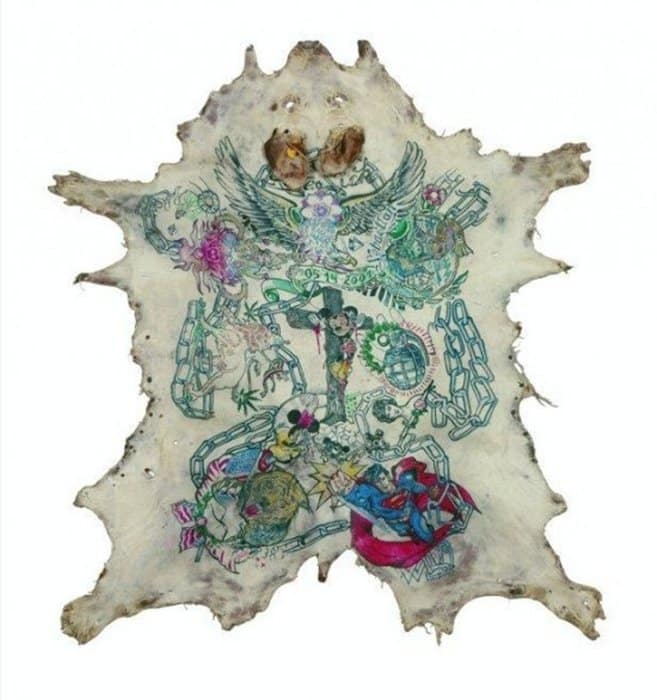 Artists can choose from a variety of designs ranging from Disney characters to Louis Vuitton logos and other random patterns within the radar of the Russian prison inmates. 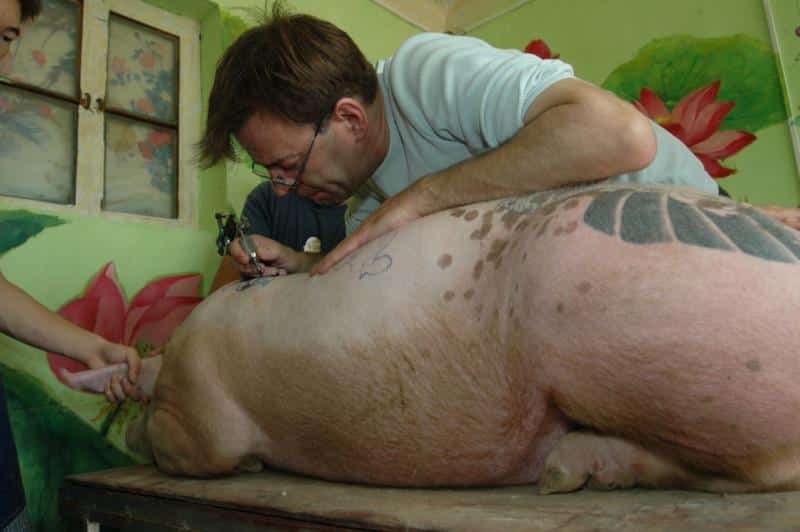 The magic happens as the pigs are put under anaesthesia then later on massaged and moisturized by their special caregivers. 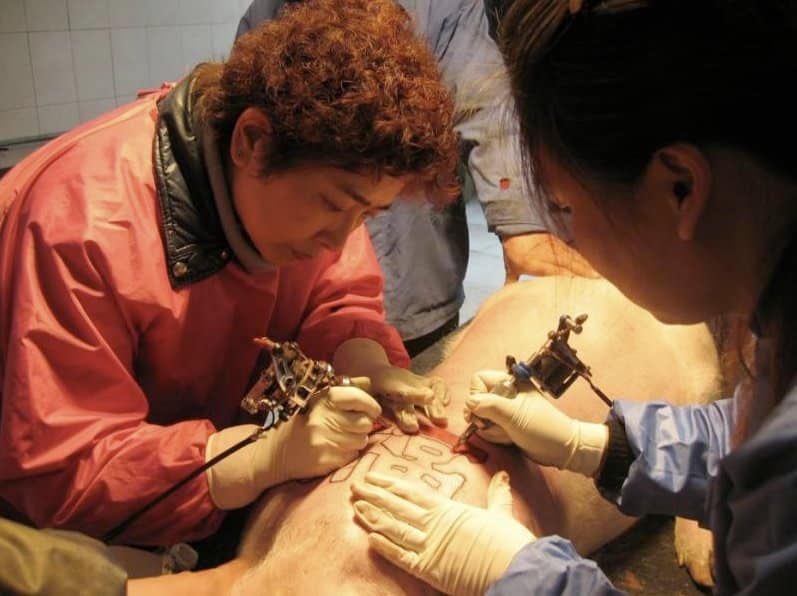 Once inked, the pigs are then closely monitored and spoiled until they reach the end of the line and their skin be available to the market. 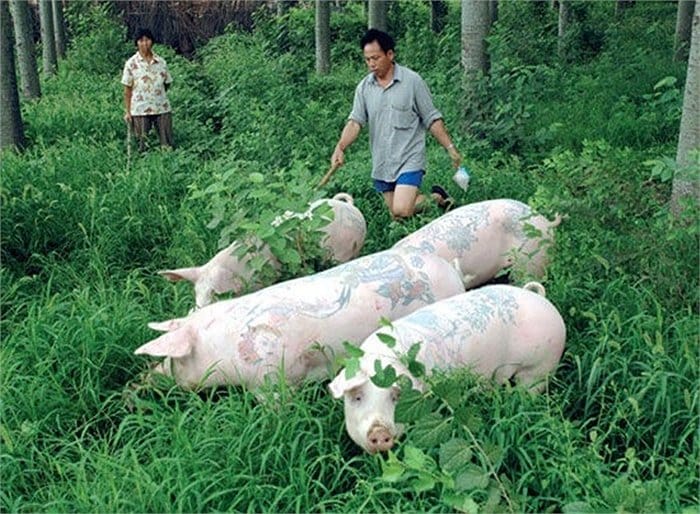 These skin could be the next trend, who knows? 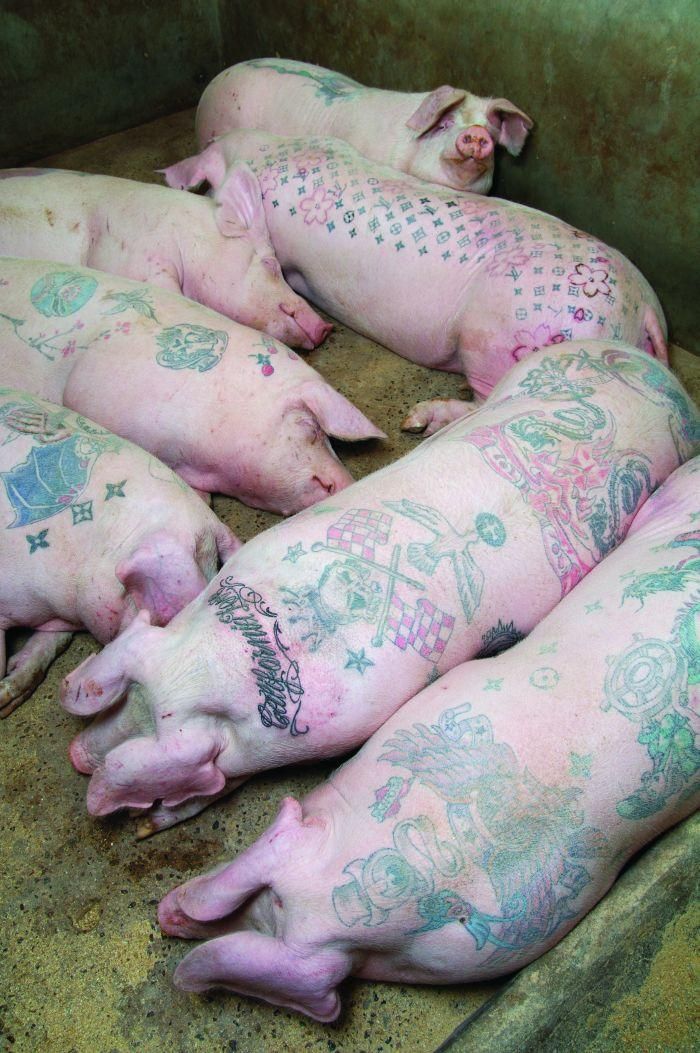