This short video went viral on social media and netizens everywhere are understandably upset about the parents’ negligence. As the headline tells us, this one is about that terrifying moment when a 10-month-old baby fell out of a vehicle – and the parents drive off without even noticing.

According to reports, the incident happened in Changzou, east China. Apparently, the baby was in a baby seat at the back of the white van – but unfortunately, both the seat belt and the vehicle door both weren’t locked.

The CCTV footage shows the baby falling off in the middle of the road. 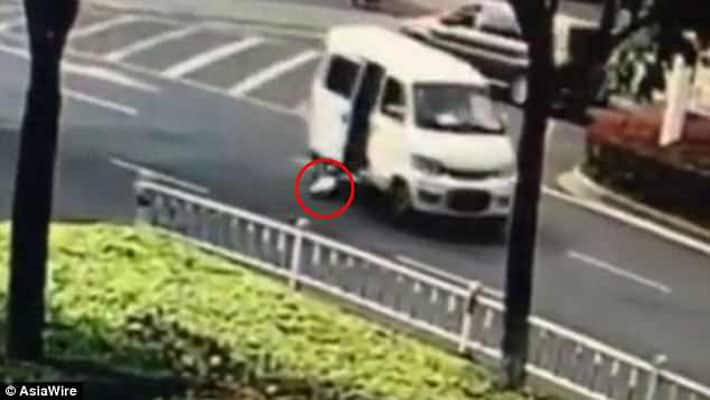 Meanwhile, the parents drove off without even realizing what happened. 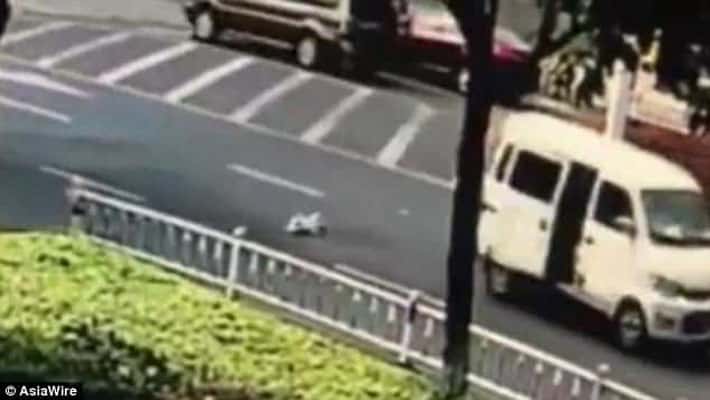 It wasn’t until they were stopped by a traffic light that they noticed their baby was gone.

A passer by immediately attended to the 10-month-old baby. 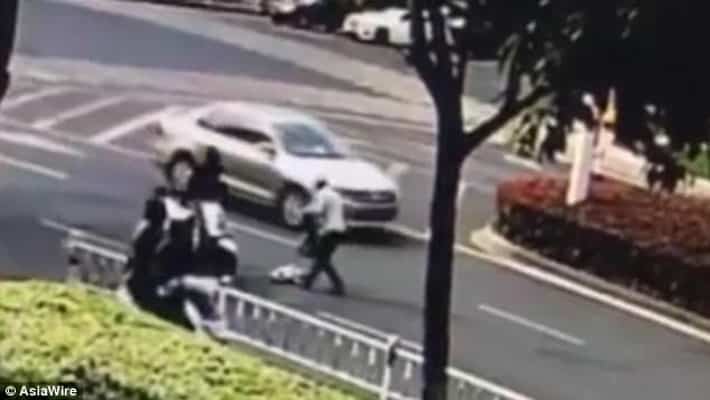 A Daily Mail report tells us that a 50-year-old woman quickly picked up the baby when she spotted the child in the road. She rescued the baby before other vehicles came.

Thanks to these kind people, the child was kept safe until the parents returned. 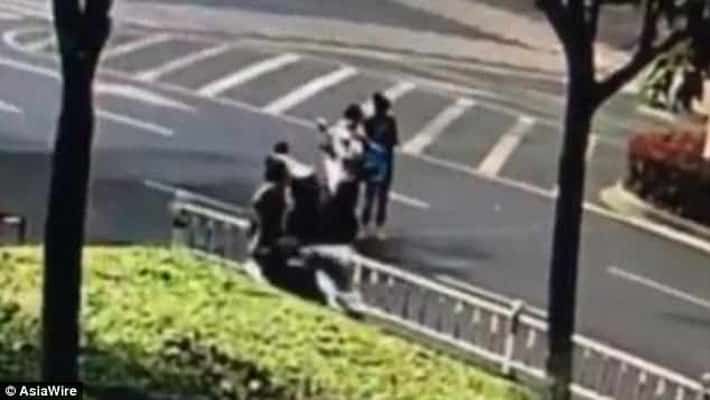 Later on, the mother ran back and thanked the woman for saving her baby. After that, the parents went straight to a local hospital and were relieved to discover that the child had no injuries from the accident.

Reactions to the viral video have mostly been angry with many commenting about how disgusted they are that the parents were so careless about their child’s safety. Some even pointed out that it was disappointing that they not only failed to secure their baby but also that it took them a while before realizing their child was missing.

Parents, let this be a reminder to properly lock – and check – those baby seats and vehicle doors all the time.