Israeli artist Sigalit Landay had a vision. Though raised in London and Philadelphia, the Jerusalem-born Sigalit felt a strong connection to her homeland. So she decided to do something about it via the most famous body of water bordering Israel:

Landay took inspiration from Russian author, S. Ansky’s 1916 play “Dybbuk” which tells the story of a Hassidic woman possessed by the spirit of her dead lover.

Using a traditional Hassidic gown to take the place of the heroine in the play, Landay immersed a gown in the Dead Sea for two months to achieve extraordinary results.

She used an exact replica of the dress worn in the 1920 “Dybbuk” play, and submerged it in the murky waters of the Dead Sea.

Eerie and romantic at the same time. 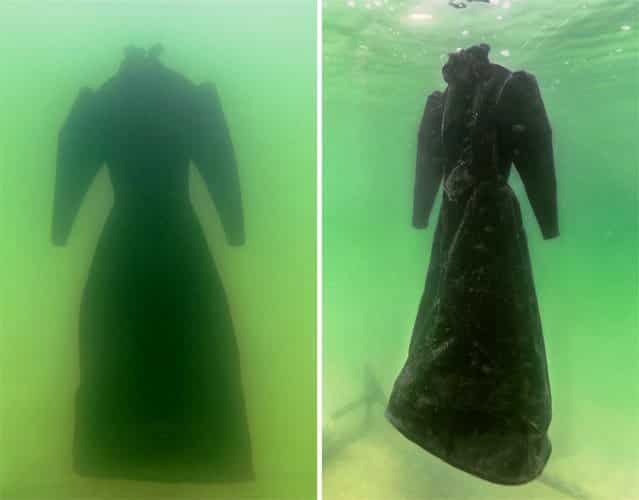 Bordered by Jordan, Israel, and Palestine, the Dead Sea is the world’s saltiest body of water. It is so hypersalinated that no animals and plants can live in it, hence its name.

Landay sunk the gown on a platform and photographed its progress underwater in the succeeding couple of months. 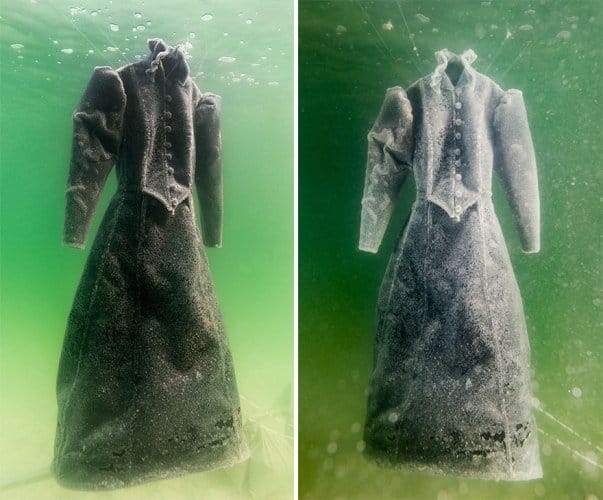 While salt crystals slowly engulfed the dress, each of Landay’s succeeding photos represented the encroaching possession of the “Dybbuk” heroine’s dead lover.

It also helped that the gown was sewn with a net-like weave to capture salt crystals easily. The platform holding it underwater kept it upright in its submerged position to support its weight in salt crystals. 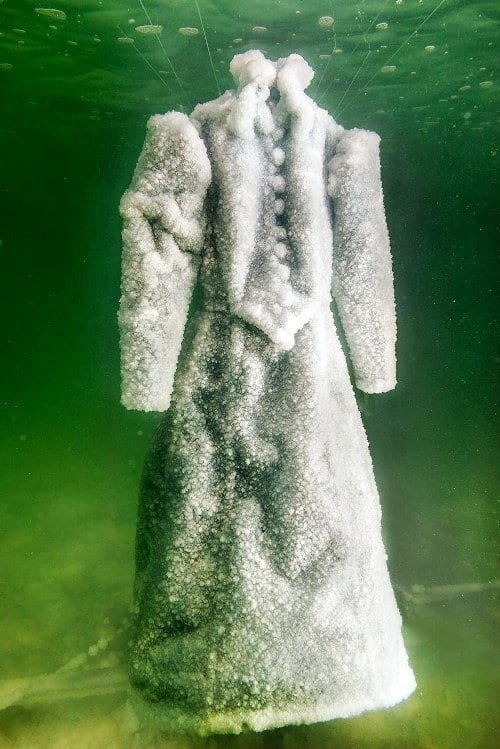 When she finally brought the gown up, it had magically transformed into a fairy-tale crystal dress. The black gown was completely covered in salt sparkles that glittered in the sun.

Like the heroine in “Dybbuk,” who was possessed by her dead lover, the gown was completely enclosed in salt.

Like a dress straight out of “A Midsummer Night’s Dream.” 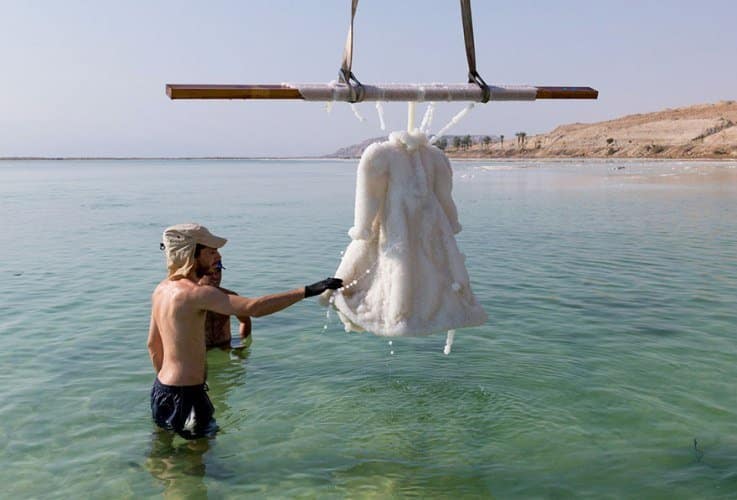 The “Salt Bride” series is currently on display in London’s Marlborough Contemporary.

A gown “possessed” by the Dead Sea. 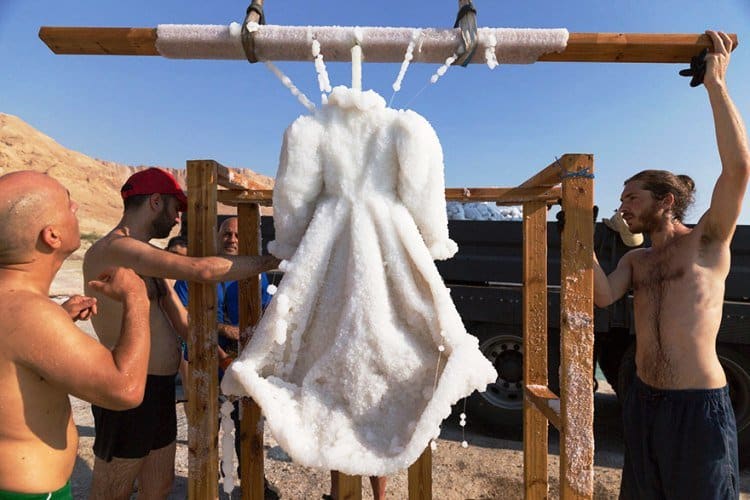