The terrifying footage below shows us what exactly happens when an amateur cook makes a mistake that almost cost him his life. Apparently, the man threw a bucket full of fire starters to his backyard barbecue.

As anyone can easily imagine, it didn’t go well for him and everything has been captured on film by his friend. The said footage eventually went viral on social media after several news sources picked up on the story. 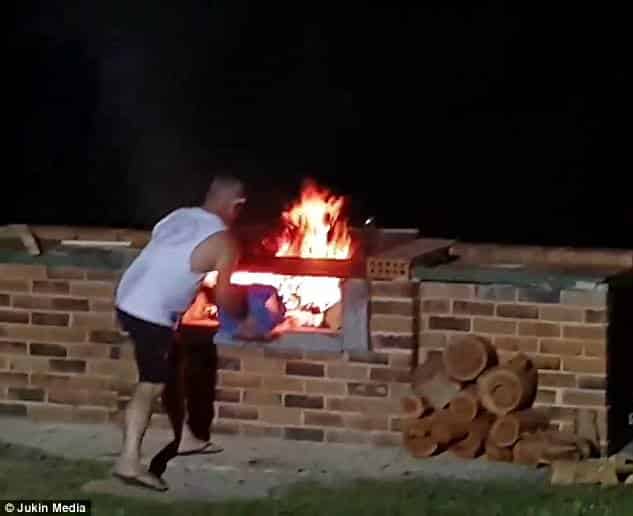 Initially, we can see the unnamed guy stoking the fire with wood. Shortly thereafter, he reached for a blue bucket which, perhaps unknown to him, was full of fire starters.

What happened next definitely caught him off guard – and almost led to his death. 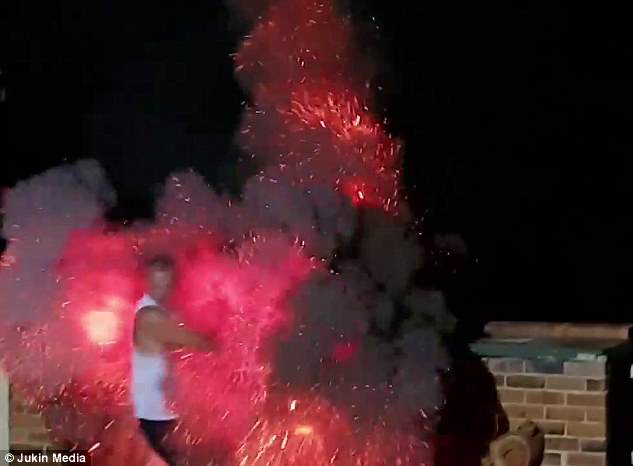 In mere seconds, the man found himself engulfed in the fire. Fortunately, he was able to run away from the flames and even take his shirt off.

According to a Daily Mail report, the poor guy was immediately taken to a nearby hospital to received medical treatment. Although he suffered “from severe burns”, the good news is that he is “currently recovering” from his injuries.

Watch the video and see how it all happened:

Be warned against backyard blazes! 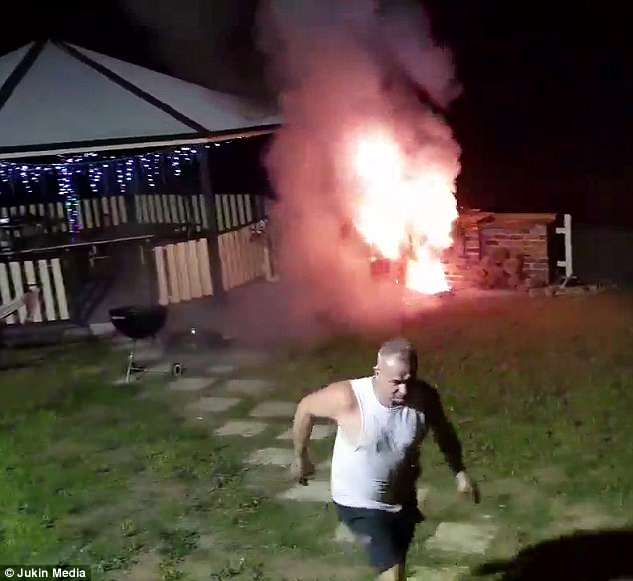 Observing fire safety is definitely important if you are planning to do some backyard grilling.

The This Old House website warns that although grill fires on residential properties “result in a small number of deaths each year, they do cause 100 injuries, and a whopping $37 million in damage.”

So yes, it’s important to keep fire hazards away in order to avoid having the same accident as the man did in this viral video. You don’t want to end up in a hospital bed when you’re only craving for some grilled meat!