An old, scarlet phone that is believed to have once belonged to Adolf Hitler was sold at an auction for a whopping $243,000. The said phone, which could have been used to send orders to deliver countless people to their graves, was purchased by an unidentified individual who participated in the auction via telephone.

The old phone, along with a porcelain dog, were retrieved from Hitler’s bunker by Ralph Rayner, a British officer, soon after the second world war ended. Ranulf Rayner, Ralph’s son, said that Russian soldiers who were then in control of the city where Hitler’s bunker was located handed over the said items to his father.

Adolf Hitler used to order the deaths of countless millions across the globe from this phone. 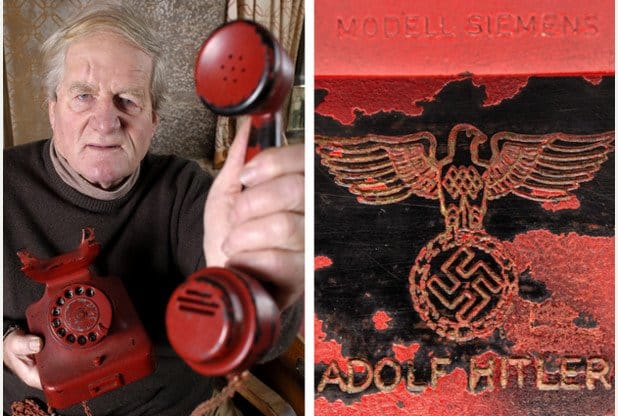 The Alexander Historical Auctions in Chesapeake City, Maryland, the seller of the prized telephone, considered the item to be “Hitler’s mobile device of destruction.” The red phone, which bears the swastika logo and Adolf Hitler’s name on the back, is believed to have been used by Hitler during the last two years of his life. Its authenticity was also confirmed by Hitler’s personal telephonist.

Adolf Hitler's personal traveling phone was sold for $243,000 at an auction. 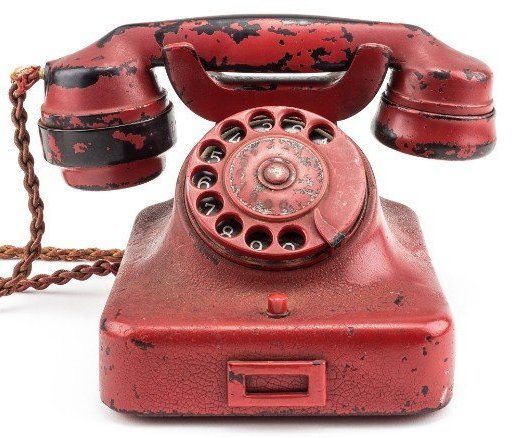 Engraved on the back of the phone are Hitler's name and a swastika. 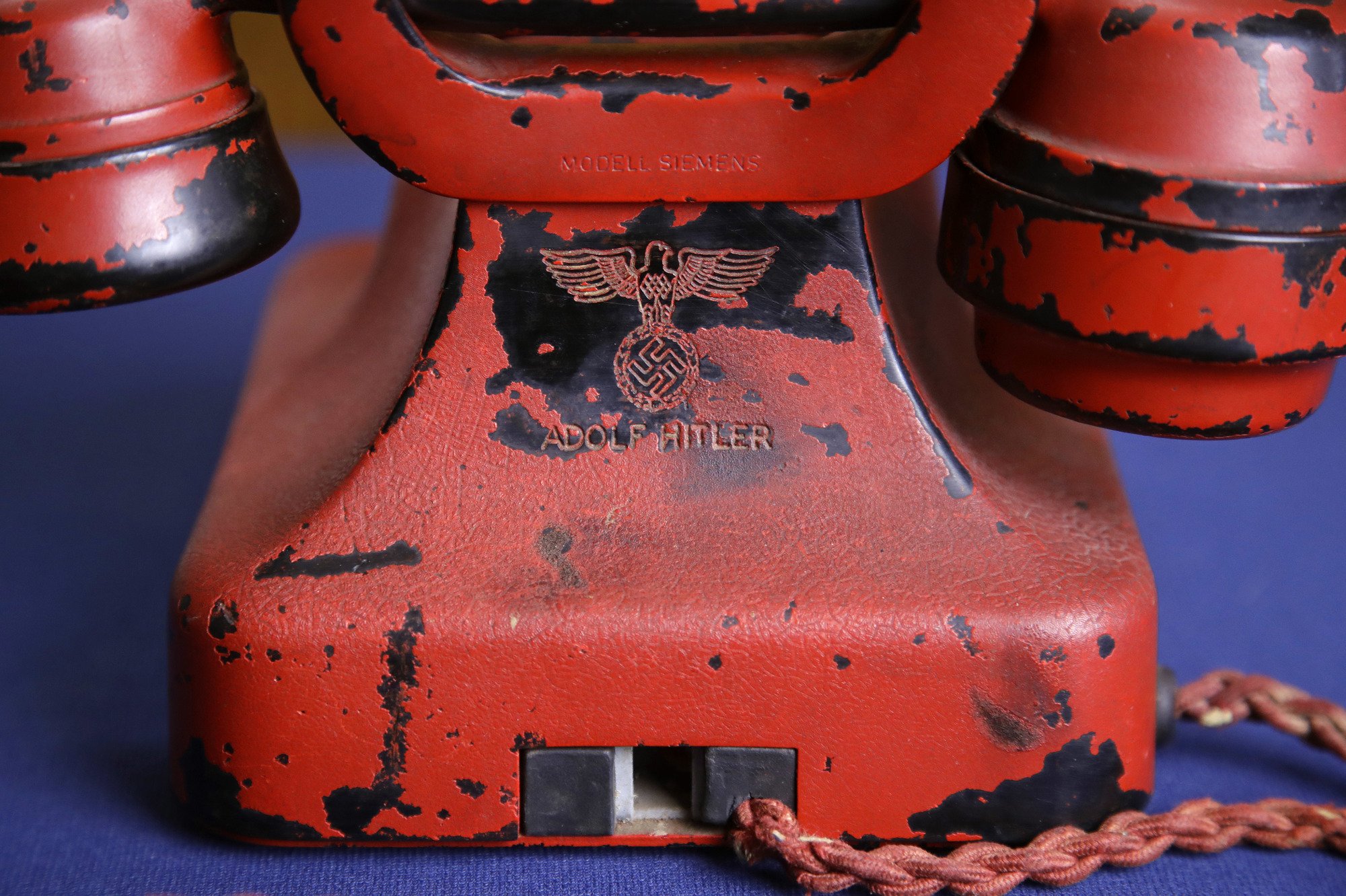 Written in the auction house’s catalog is the phone’s description:

“This was not a staid office telephone used to solicit contributions to the party, or to answer polite calls at the Berghof.”

“This was Hitler’s mobile device of destruction, used in vehicles, trains, his field headquarters, at the Wolf’s Lair … and in the last desperate days deep beneath Berlin.”

In a video presented by the Alexander Historical Auctions prior to the auction, the history of Hitler’s traveling telephone was discussed.

Raynor told CNN that he wanted the phone to be bought by a museum where it could be displayed and “help remind the world of the horrors of the war.” He also demonstrated how the dictator himself could have used the item – a manner similar to using a mobile phone.

This porcelain dog allegedly made by slaves was also retrieved from Hitler’s bunker. 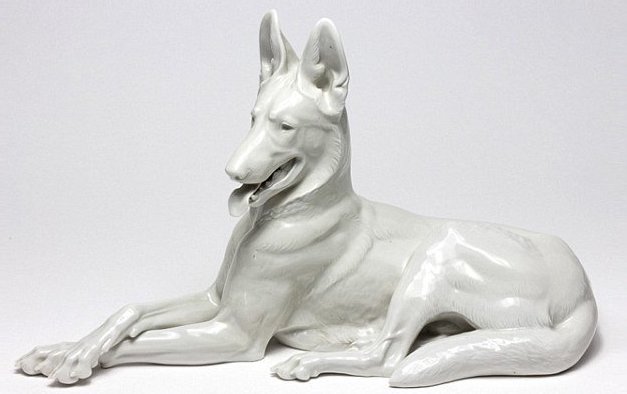 The porcelain dog, an item bearing a background similarly sinister to that of the red telephone, was reported to have been sold to another buyer for $24,300. It was purportedly made by slaves who were kept at the Dachau concentration camp and was likely to have been given to Hitler by Schutzstaffel leader Heinrich Himmler as a gift.

Well, it is indeed a fairly sinister kit and the stories that revolve around the two items speak volumes about the harrowing past of Nazi Germany.