A venomous baby brown snake was recently found in the kitchen of a home in McLaren Vale, South Australia.

Ange Broadstock of Snake Catchers Adelaide responded to the homeowner’s call for help to relocate the hatchling. However, the young serpent may have probably sensed the human as a threat, so it began to attack. The terrifying moment was caught on camera and was uploaded to YouTube on Monday.

In the video, Broadstock is seen walking towards the storeroom where the homeowner ensnared the hatchling brown snake. The homeowner had trapped the tiny, slithering creature underneath a white container, and had placed a bottle on top of it to make sure it can’t escape. 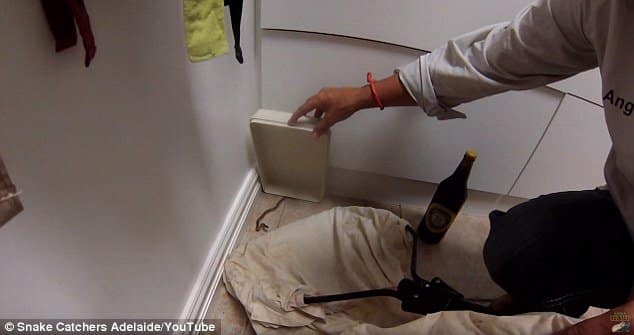 The snake catcher removed the bottle, lifted one side of the rectangular dish, and lightly pinned the reptile’s tail so she could safely put it in a catch bag. The homeowner, who was probably terrified and fascinated at the same time, kept filming the scene. 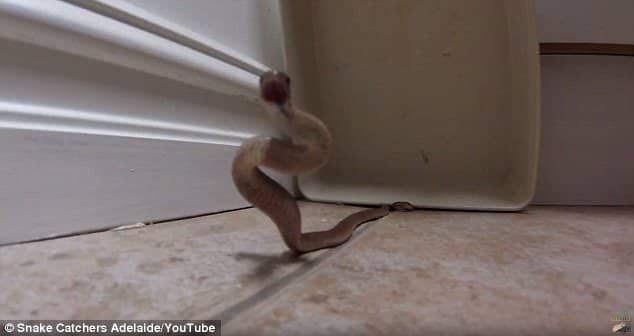 Broadstock identified the serpent as a hatchling baby brown — the second most venomous snake in the world. This ophidian’s venom contains extremely potent neurotoxins that cause progressive paralysis and uncontrollable bleeding. And even a bite from a juvenile brown snake such as this can be fatal.

Apparently, the people inside the house had no idea how dangerous the snake was or how it got in the storeroom.

The homeowner moved the camera towards the baby brown when Broadstock said it was safe to come closer. It was then that the snake started to coil its head backwards. The hatchling’s tiny, flexible body formed an “s-shape” as it prepared to strike. And with agile and graceful movements, it began to attack repeatedly. Its mouth wide open and forked tongue flicking.

Broadstock remained unfazed despite the hatchling’s intimidating display. In fact, she even said that the baby brown snake was “cute.”

Other people may think otherwise, especially after the tragic death of a six-year-old girl from northern South Wales less than a couple of weeks ago. The girl was bitten by a brown snake on a property outside Walgett. She slipped into a coma and died eight days after. 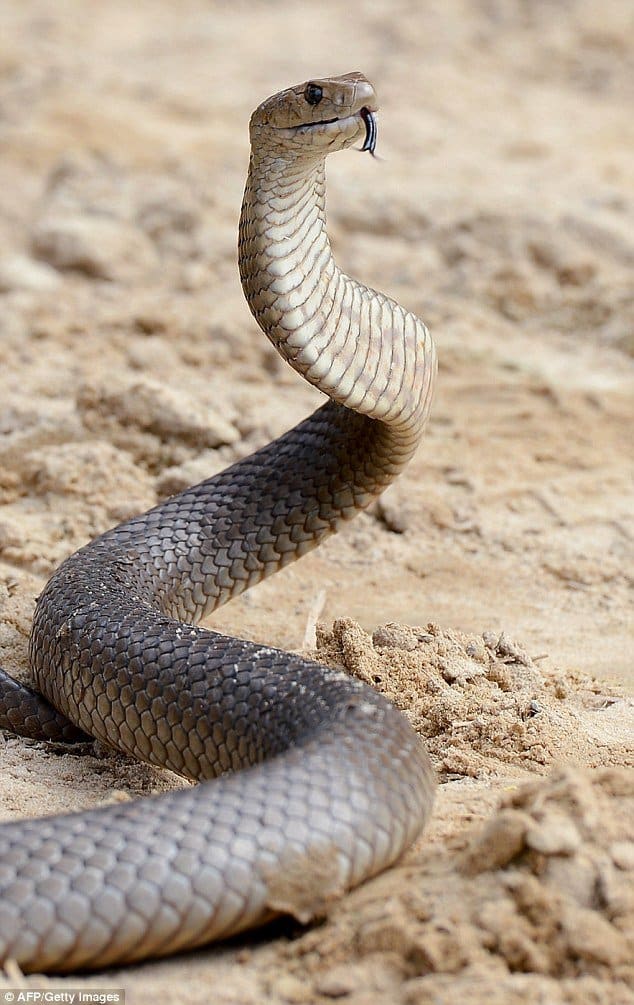 Her death prompted the NSW Ambulance to remind the public about the dangers of these snakes, particularly during warmer summer months.

Related: Top 10 Most Venomous Snakes in the World