It’s a prank you thought you’d only see in the movies, but it’s very real in the land down under!

Four Australian pranksters broke into Taminmin College High School in the town of Humpty Doo (we’re not making this up) in the Northern Territory. And since these pranksters figured that breaking and entering wasn’t enough, they decided to bring along three saltwater crocodiles, which they then hid throughout the school. 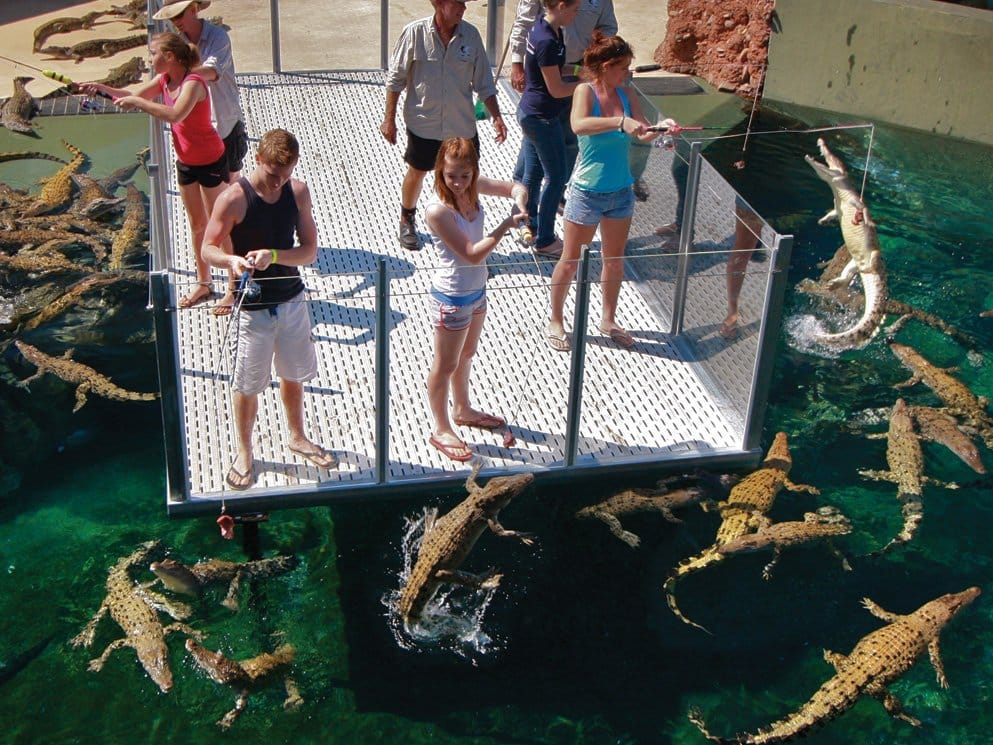 Luckily, these four drunken fools were caught on CCTV before the janitor got a nasty surprise the next day. As it turns out, the crocodiles’ mouths were taped shut, and they were severely dehydrated when they were found by the local authorities.

Apparently, the local residents of Humpty Doo were very concerned about the welfare of the crocodiles. Senior Constable David Gregory says in a statement, “The ranger that turned up was very concerned for them – they had their mouths taped up. They haven’t seen water for a long time and they are undernourished.” The animals were so weak that the authorities say they may need to be put down due to their poor health.

Saltwater crocodiles are a protected species in the Northern Territory, and taking them away from their natural habitat or even interfering with them in any way is punishable by law. So naturally, the crooks responsible for this prank gone wrong are now facing a $77,000 fine and five years of jail time. Serves them right for mistreating the crocodiles and potentially causing harm to the unlucky soul who’d have stumbled upon them in the school.

So they next time you’re thinking of a prank to play in your school, steer clear of anything involving animals, whether endangered or not. Otherwise, you just might find yourself in jail for a long time along with a hefty fine!