A team of scientists has found a new Viking ring fortress built in the late 10th century. The 1000-year-old massive and perfectly circular fortress has left the scientists baffled at how technologically-advanced the society was when it was built.

This new discovery might change the image of the Vikings, who were known as explorers and skilled seafarers between the eighth and 11th centuries. They have long been known as pirates of the medieval world that have established trade routes across the globe.

Scientists have uncovered a Danish Viking fortress which is similar to this Swedish fortress reconstruction. 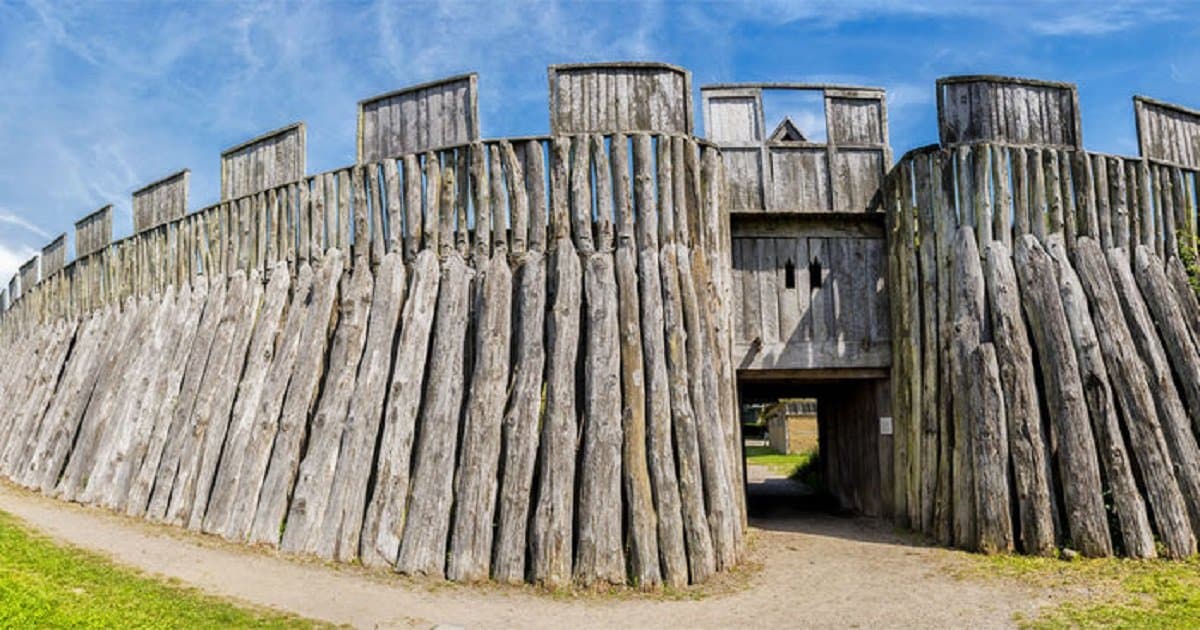 Now, in the study published in the journal Antiquity, the Danish archaeologists have described the fortress, now called Borgring, as a perfect circular arrangement built from timber and earth. The fortress, which spans 144 meters in diameter, was found just south of Copenhagen on the island of Zealand, Denmark.

The perfect circular arrangement was built about a thousand years ago. 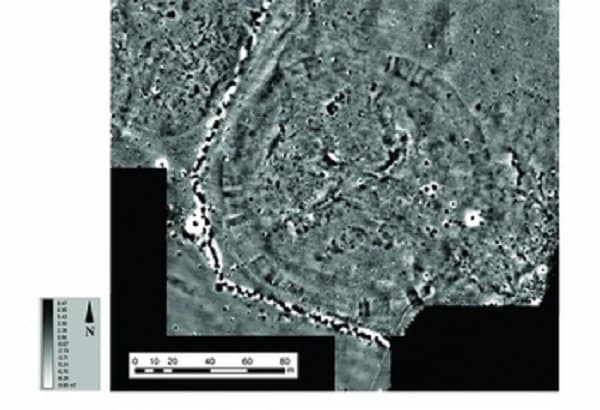 The architecture gives a hint on how technologically-advanced the ancient Danish Vikings were. 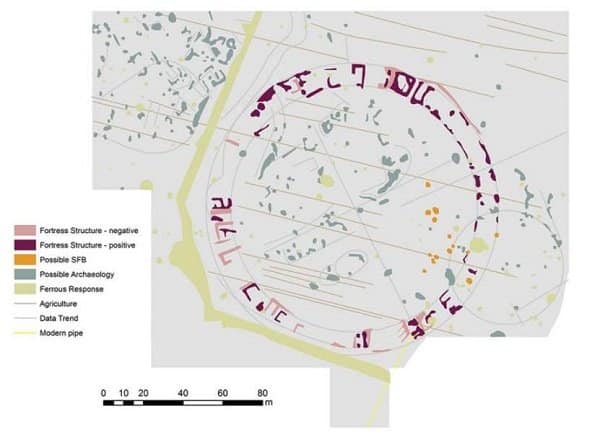 Moreover, the timber suggests that, like the other ancient ring-shaped fortresses, it was created between the 970s or 980s. Researchers further believe that the fortress was established during the reign of King Herald “Bluetooth” Gormsson, who was well-known to have united Scandinavia and helped converted the Danes to Christianity.

The perfectly-built ring can be linked to the others also found in Denmark, and was believed to be created by somebody with incredible land-surveying skills.

There were pieces of evidence gathered, however, showing that the fortress met a brutal end. The scientists discovered that the structure has been attacked. Two of the four gates have been burned but the people behind the attack remain a mystery.

The scientists found charred timbers in the excavation site. 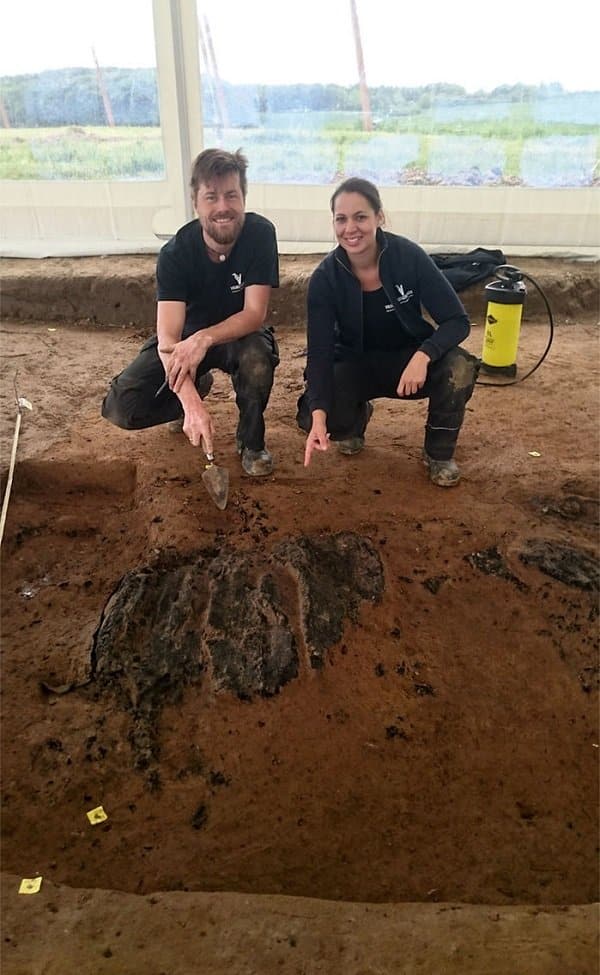 According to one of the authors, Søren Michael Sindbæk, an archaeologist at Aarhus University in Denmark, King Harald Bluetooth gained some enemies during his rise to power. He said the possible attackers were Swedish Vikings. In fact, after a few decades, there were reports that a battle ensued between the Swedes and Danish in the Baltic Sea, where the fortress was located. 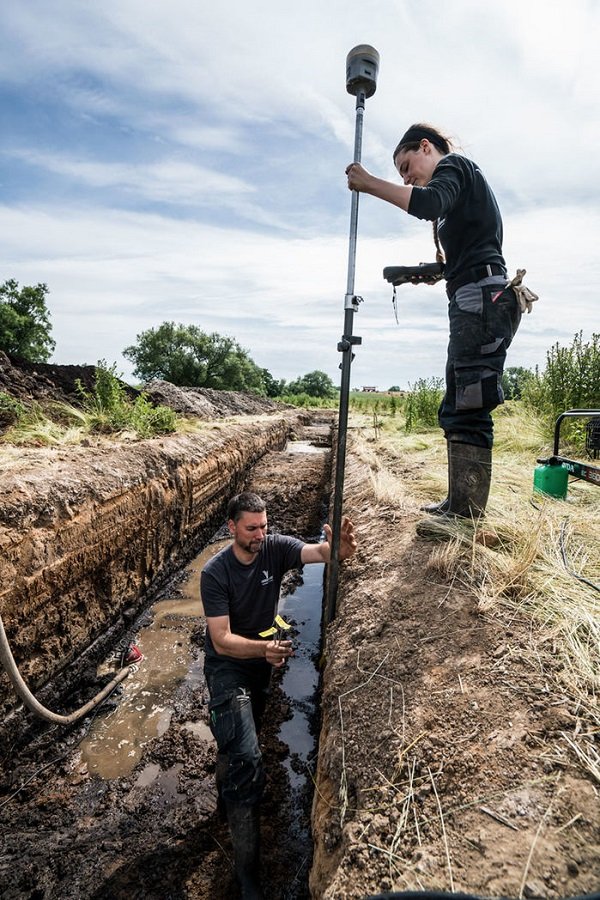 Sindbæk added that these fortresses are important to shed light on how the Danish Vikings lived during their time. He told Science:

“These ring fortresses have been the biggest mystery in Viking archaeology since the 1930s. People couldn’t believe the Vikings in their own country built these structures.”

“They thought foreign armies must have built them. But as we found more of these, we found it was indeed a Danish king and his Viking warriors, and for that reason, they have been part of the most fundamental reassessment of what the Vikings were all about. They were warriors, obviously, but they were warriors out of a very organized society.”

The researchers are studying the structure further to find pieces of evidence to answer their questions about the ancient Vikings. However, the researchers argue that the Borgring complements various defense wall structures in the late Viking Age Denmark, which was close to contemporary European ideas of military defense.