The universe is scary in more ways than you could imagine. A quick research on the internet will give you a rough idea of how it tried to wipe out life forms on this planet a few times already.

Worst of all, it could happen again and it could happen anytime. From giant destructive fireballs, to colliding galaxies, bask in fear with these 10 horrible ways the universe could destroy us. 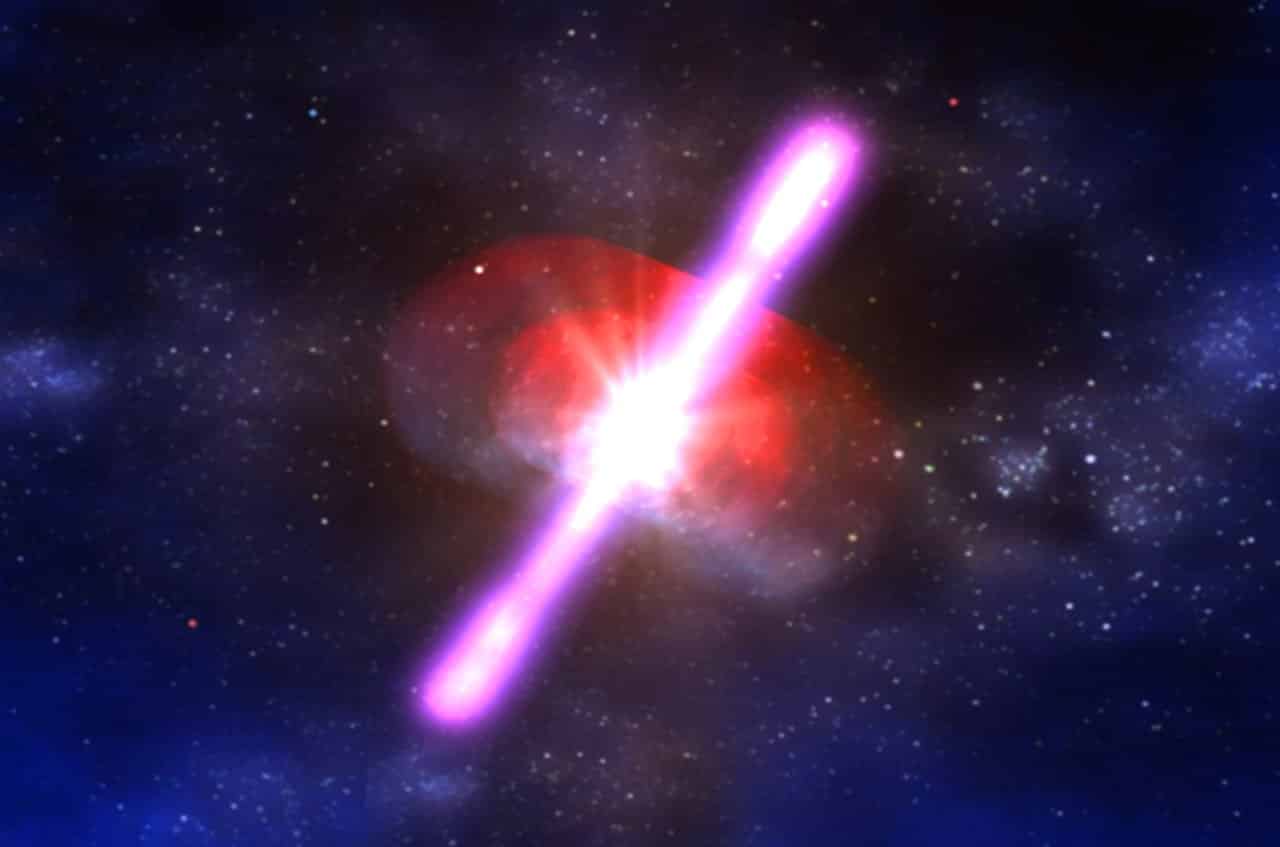 Gamma-ray bursts are terrifyingly energetic explosions that are usually found in distant galaxies. The scientists are still unclear about this phenomenon’s exact origin. However, some theories suggest that it is a result of a collision between neutron stars or black holes.

So how destructive is it?

Depending on its distance from earth, gamma-ray bursts can range from a harmless space light to straight up life-ending, ozone-layer-destroying calamity. Most gamma-ray bursts that have been observed so far were just harmless rays that didn’t give us any trouble. However, scientists believe that there’s a powerful ray that only happens once every five million years. 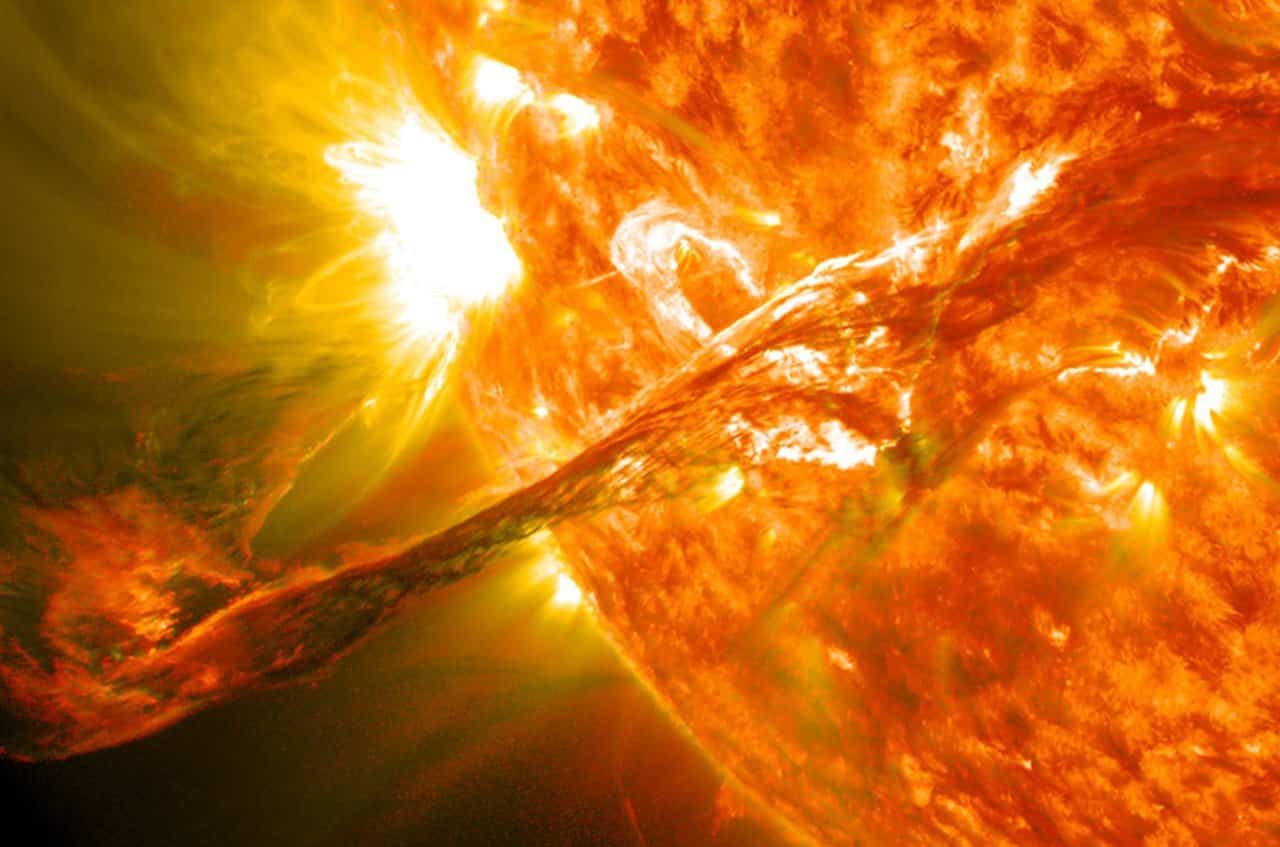 Solar storm, as its name suggests, is an eruption that frequently occurs on the surface of the burning Sun. Apart from its intimidating name, it’s usually just a harmless minor eruption that happens on a frequent basis. However, every once in a while, a solar storm ends up powerful enough to emit magnetic energy that can travel through space and end up to our planet. This phenomenon is called Coronal Mass Ejection, and it’s not messing around with its effects on earth.

Coronal Mass Ejection is a geomagnetic storm originating from sunspots that can cause massive electrical surges and blackouts in the areas that it affects. As a matter of fact, it already occurred back in 1859. Around August 28, many sunspots were discovered on the Sun. Then, on September 1, a geomagnetic storm developed, causing Auroras to appear all around the world. With this bizarre phenomenon, telegraph systems all over the Europe and North America failed with some even giving telegraph operators electric shocks.

Fortunately, it didn’t do much damage since electricity weren’t that big of a deal back then. However, according to the physicist Patricia Reiff, a solar storm of that intensity could prove to be extremely dangerous in today’s gadget-centric time. 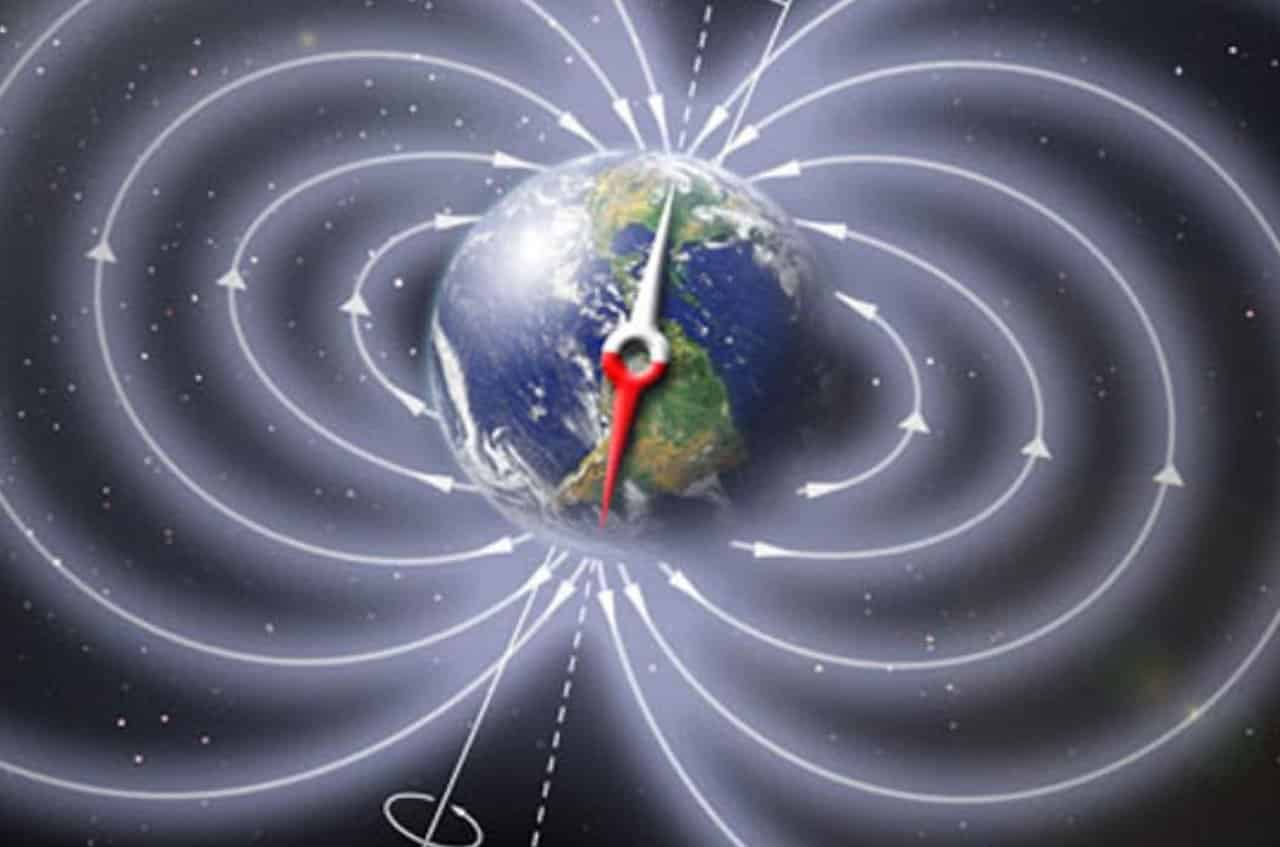 Geomagnetic reversal is a change in planet’s magnetic field that causes the positions of magnetic north and magnetic south to interchange, while its south and north remain the same geographically. This phenomenon happens every 200,000 to 300,000 years. According to the studies, the last geomagnetic reversal happened roughly around 800,000 years ago so it is expected that the next one is about to happen anytime soon.

Geomagnetic reversal is a very destructive process. Normally, the process takes around 10,000 years to complete. What makes it devastating is that during the reversal, the Earth’s magnetic field that protects us from the harmful radiations of the sun weakens. This is a big problem because the high energy particles in the Van Allen radiation belt and other harmful cosmic elements would end up on Earth’s surface, rendering most of the life forms during the geomagnetic reversal period to bask in fiery heat and radiation. Scientists are already exploring the possibility that these reversals are also one of the reasons of the previous extinctions in our planet. 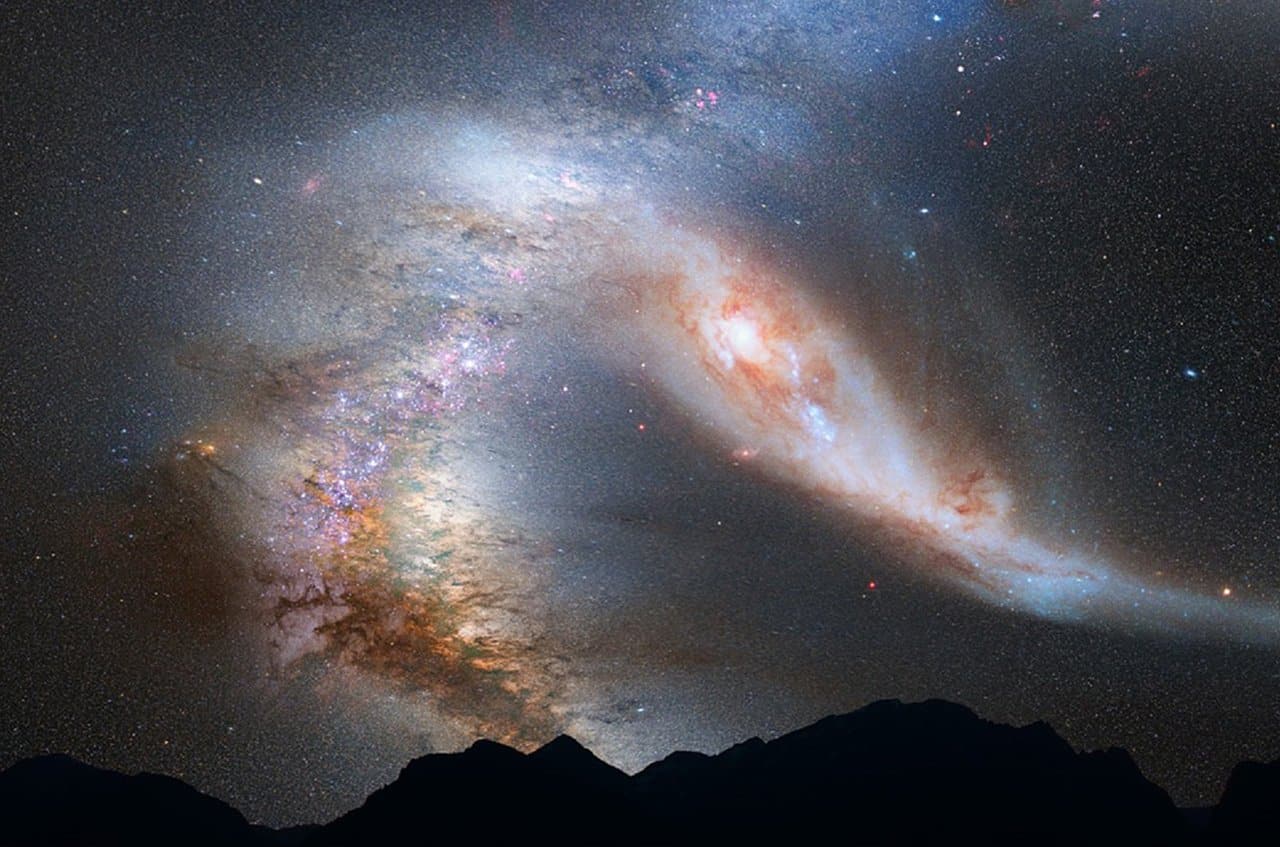 Our galaxy, like other galaxies, is continuously moving out there in the universe. It’s pretty much given that an eventual collision with other things out there like stray planets or even other galaxies is bound to happen.

Colliding galaxies are common during galaxy evolution. During the collision, some of the stars will surely be destroyed as they collide with one another. This could lead to the two galaxies merging if both of them did not have enough momentum to continue following its traveling path after the collision. When this happens, the two would continue hitting each other and eventually merge.

This phenomenon is bound to happen to the Milky Way with our friendly neighbor Andromeda galaxy. Scientists predicted that it would occur in about 4 billion years. Funny thing is that they already gave it the nickname Milkomeda galaxy. 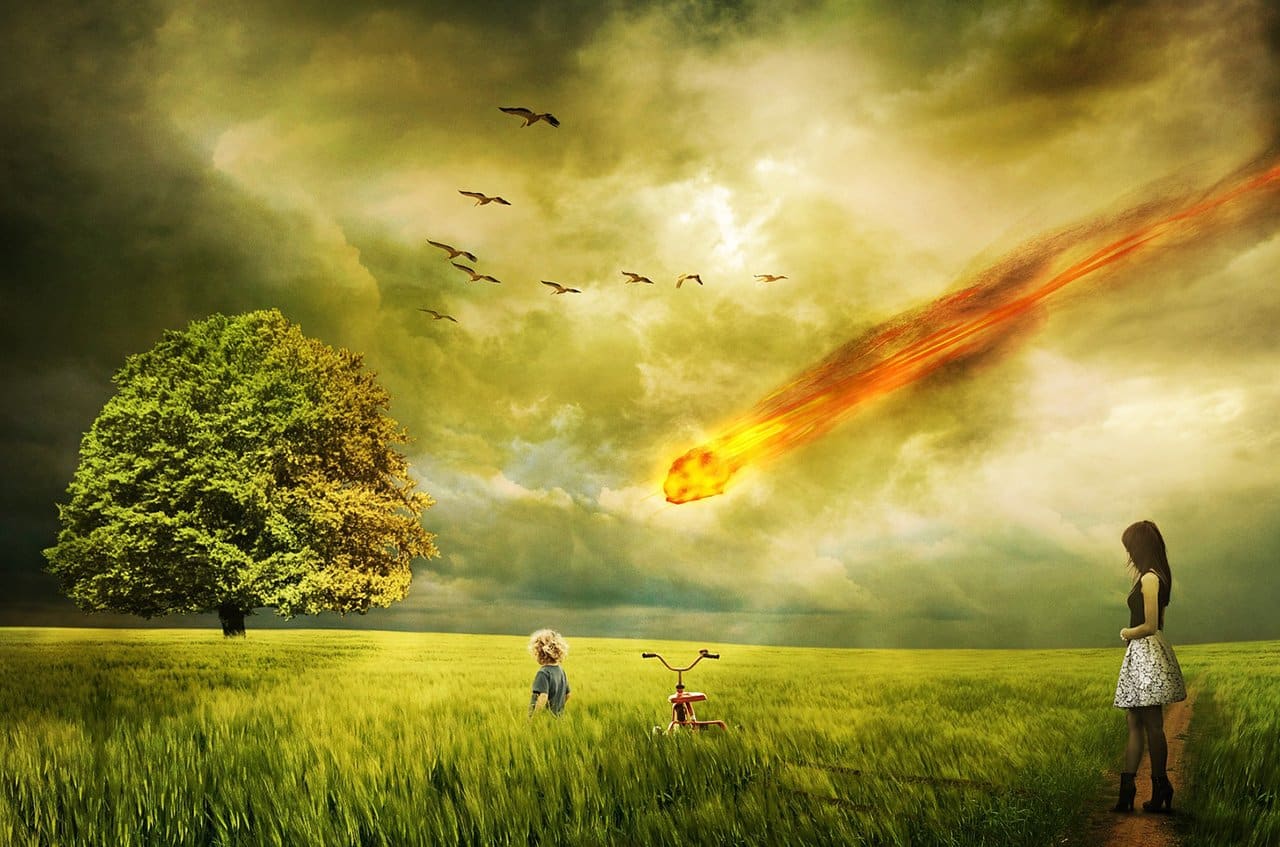 It’s no secret that cosmic dusts and rocks are falling to the Earth on a regular basis. Fortunately, with the help of our atmosphere, these objects are small enough that they usually burn up even before reaching us here on the surface and cause trouble.

However, once every few million years, a fairly large asteroid ends up hitting our planet. Roughly around 66 million years ago, a 10km long asteroid hit the surface of the planet. The impact was so powerful that it messed up the climate of the whole world, ushering an ice age that destroyed most of the species during that time – including the dinosaurs.

Toutaris 4179, a 5.4km asteroid is currently circling around the Solar System and making a fly-by near the several planets including Earth. This asteroid’s uneven orbit makes it dangerously unpredictable. Its next fly-by near our planet is expected to be around the year 2069. And all we can do is pray that this gigantic boulder does not end up finding its way here. 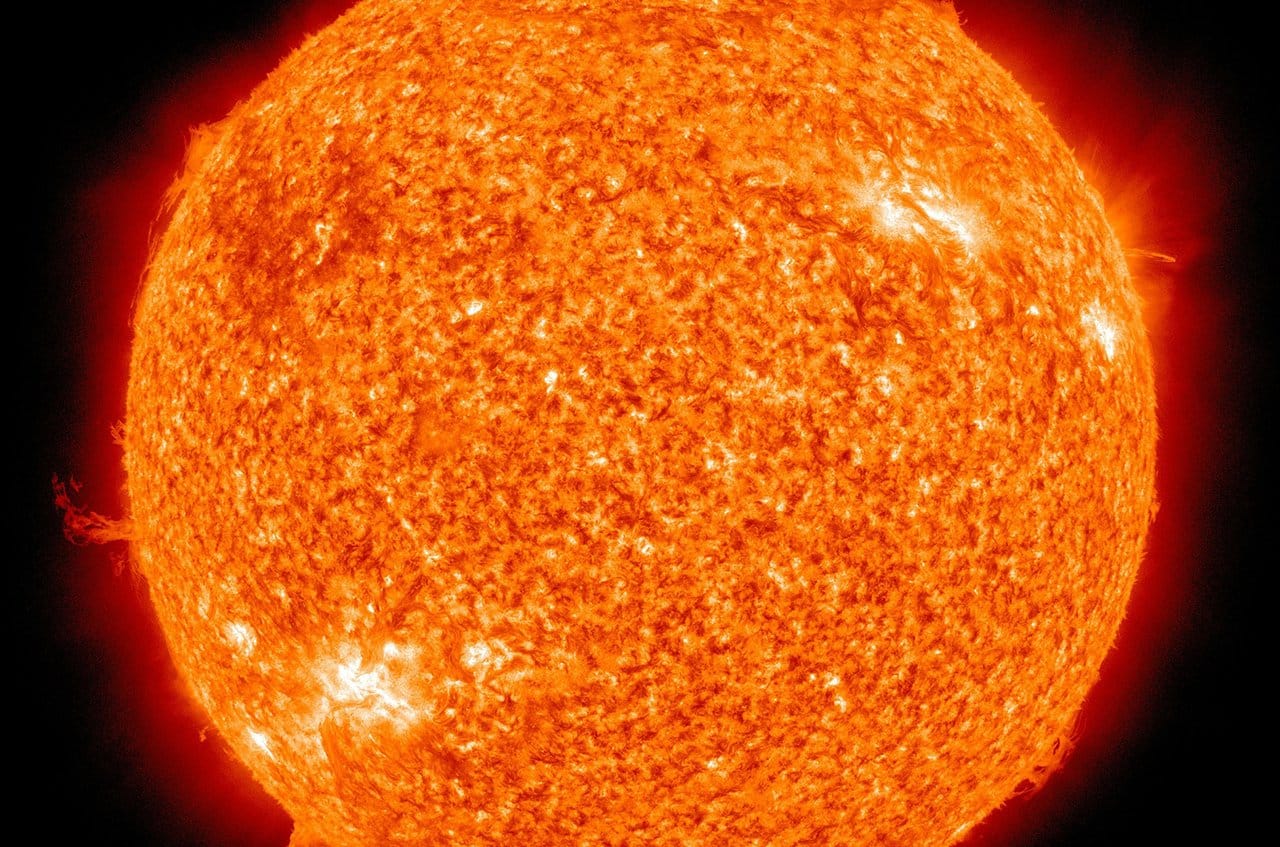 Our very own Sun is a magnificent star that allows millions of things in our world to continue living. However, despite its positive effect to our planet, like other stars in the universe, the Sun is bound to eventually run out of fuel and come to an end.

This brings us to a big problem. When the Sun runs out of fuel, it would begin to shrink from its immense gravitational force. And when this happens, its core temperature will rise, causing its outer layers to expand all the way to Mars’ orbit and become a new type of star called Red Giant. With this, everything – including our planet – will turn to dusts and ashes, bringing humankind to the fiery end. 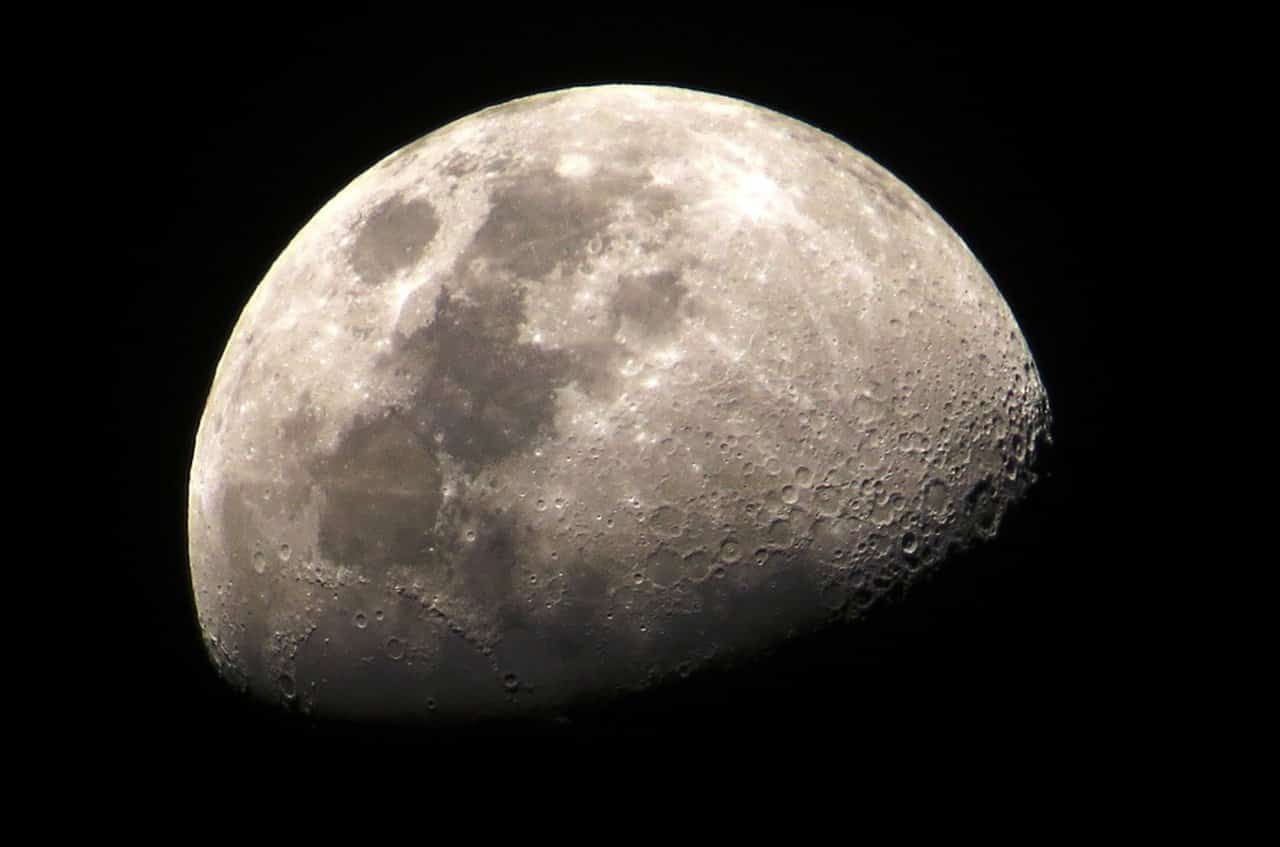 What if the Moon gets destroyed by an asteroid? As expected, this disturbing hypothetical question would only lead to a disturbing answer.

Since the Earth is the nearest planet capable of pulling the entire moon’s shattered pieces with its gravity, its debris will remain on its orbit and form a planetary ring that is similar to Saturn’s. With these rings around us, meteorites would constantly hit these shattered remains and end up hurtling them towards the Earth and destroy everything in its wake.

Other things that would change are our planet’s climate climate and its day and night cycle. The Moon’s tidal drag is one of the reasons why we have a 24-hour rotation. Remove that and we’d end up with a 10-hour long day, and a slightly more tilted Earth that would drastically change our seasons. 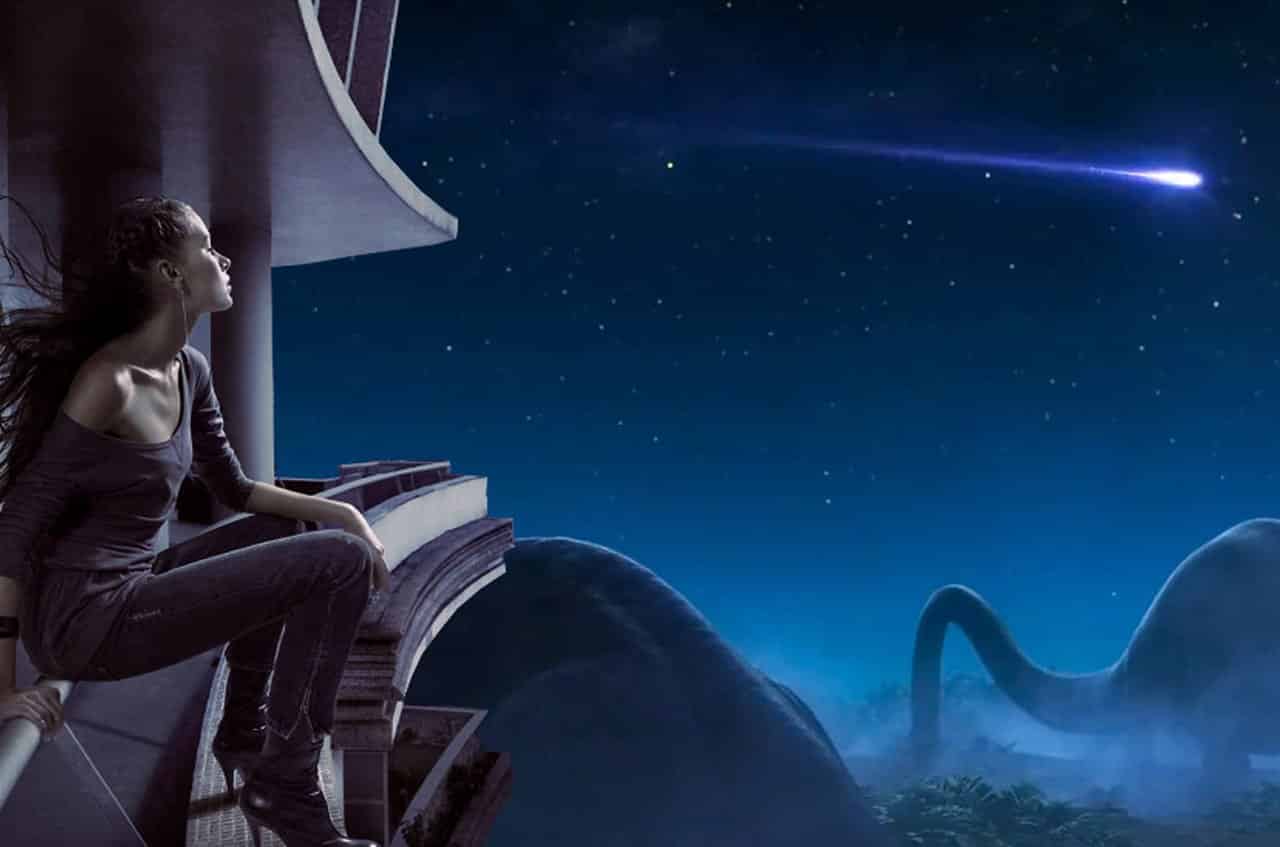 Contrary to popular belief, the typical shooting stars we see in the night sky are not actually stars. They are just burning meteors slowly dissolving in our atmosphere. But don’t worry, because literal shooting stars are real. And yes, they are as terrifying as their name suggests.

The universe is constantly expanding, and it’s no secret that everything in space is moving at a steady rate. However, sometimes a star gains so much velocity to the point where it starts to leave its galaxy, becoming a rogue fireball that destroys everything in its path. Luckily for us, the chance of encountering one in the vastness of cosmos is fairly small. 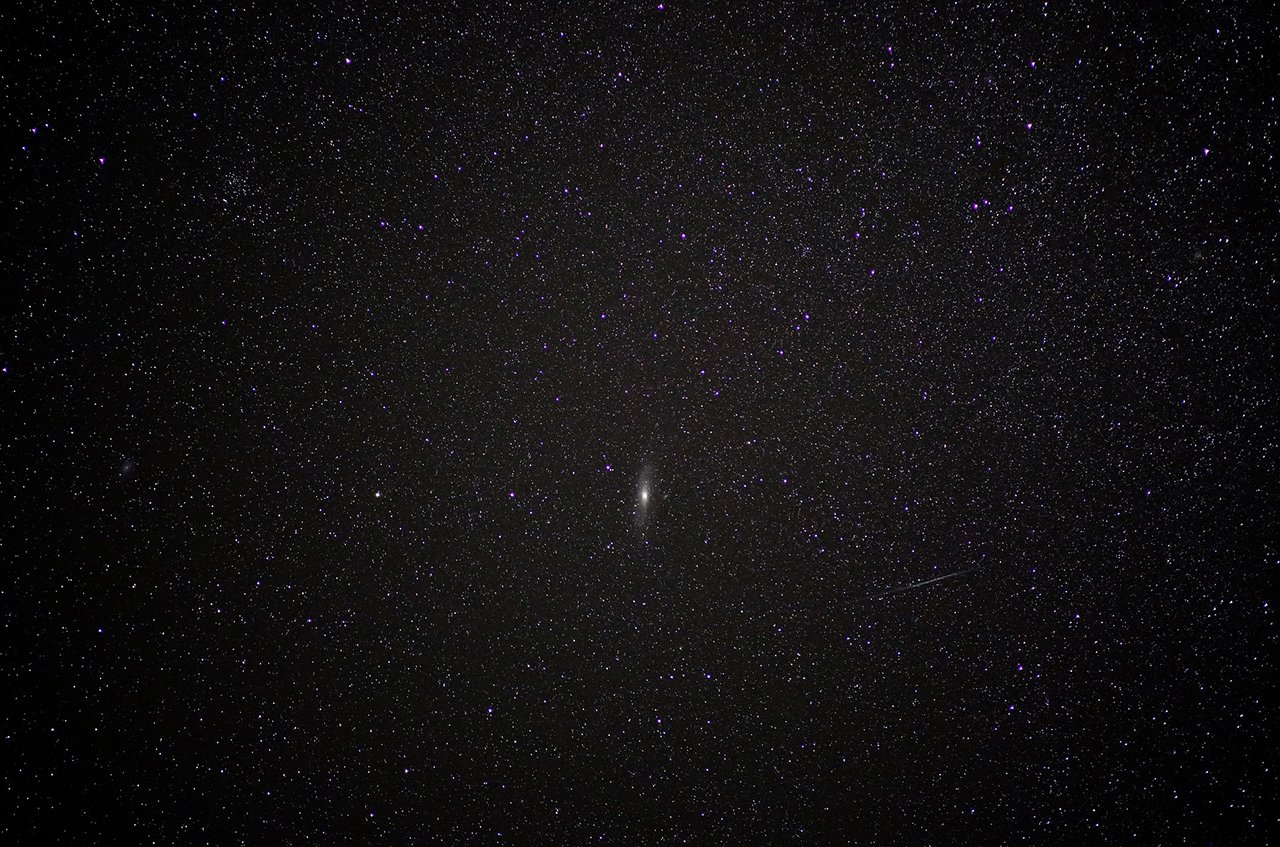 The universe, despite its grandness, is still evolving. The sun, like the other stars in the universe, only has a finite amount of fuel. Some stars evolve into supernovas, others turn into Neutron Stars or even Black Holes. However, even all these would eventually end and reform into newer stars that would follow the same cycle.

All these things require hydrogen. But hydrogen is a finite element in our universe and it would eventually run out of it. When this happens, there would be no more fuel to create new stars, rendering the universe into utter darkness. Not only that, but with the absence of stars, the temperature would drop down to -273 degrees Celsius. No life forms would be able to survive this type of condition. Fortunately, we still have billions of years before it happens. 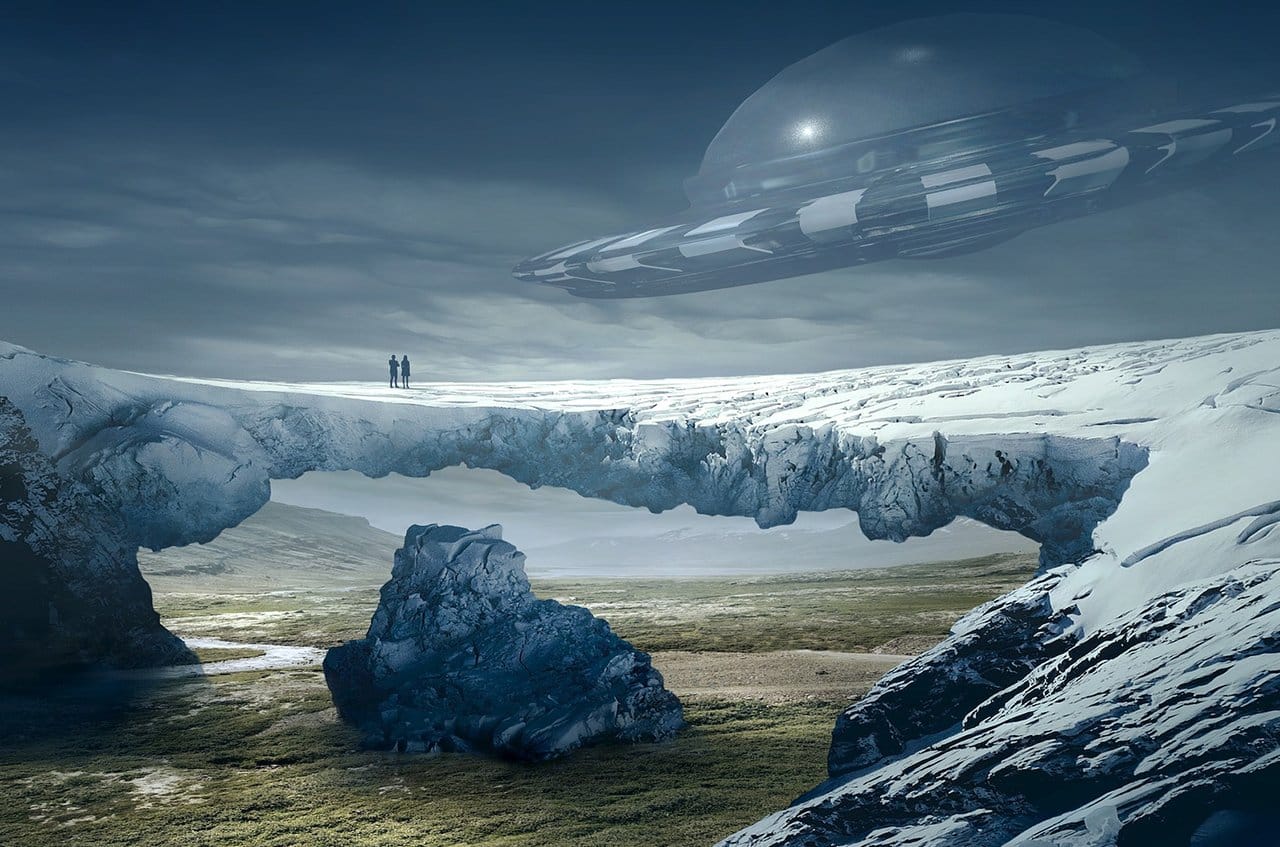 Are we alone in the universe? This question has bugged the mind of humankind ever since time immemorial. There had been various cases of alien sightings and even aliens abductions for decades, yet nobody has given a concrete proof about the existence of these extraterrestrial creatures.

However, the fact that there are thousands of stars out there, with their very own solar systems in countless number of galaxies, some experts agree that it would be too abrupt to immediately assume that humankind is alone in the vast universe.

Some experts in the field believe in the existence of extraterrestrials, including Stephen Hawking who is one of the most celebrated minds on the planet. Hawking has been known to make an effort during these past few years to make a contact to the Outsiders.

Regarding the dangers of searching for the aliens, Stephen Hawking said:

A civilization reading one of our messages could be billions of years ahead of us and vastly more powerful. They may not see us as any more valuable than we see bacteria.