We’ve all heard stories involving ancient animals and we’re all amazed by their existence. In today’s modern society, we’ve tried to uncover the mysteries around them. Even in contemporary works like movies, humanity’s love and fascination for ancient animals is heavily featured.

But while there are those who believe these creatures did exist, there are also others who simply don’t. And since it’s an interesting topic to venture,allow us to share with you 10 of the most bizarre animals from the archaic times. 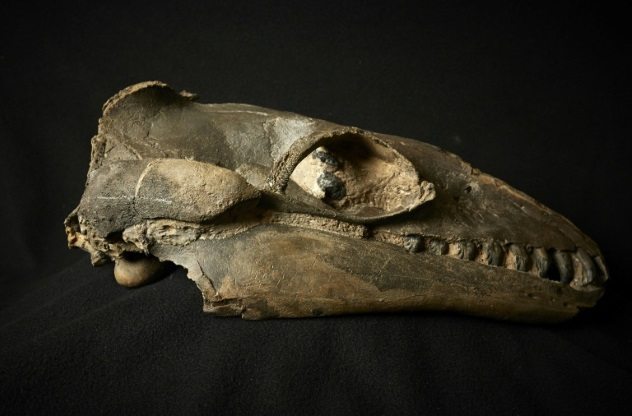 Most scientists believe that predatory whales were gentle giants of sorts. Apparently though, a new evidence suggests otherwise. Thanks to the 3-D scans of digital simulations, we now know that these creatures have sharp teeth equipped with cutting edges. Modern whales, in particular, feature “bristle-like structures” to strain small fish and/or plankton, among many others.

Erich Fitzgerald of the Museums Victoria was quoted saying:

“These results are the first to show that ancient baleen whales had extremely sharp teeth with one function—cutting the flesh of their prey.”

According to him, these whales closed their jaws and utilized their teeth to strain prey. This eventually led to the evolution of the filter feeding, a more familiar version used by modern whales. 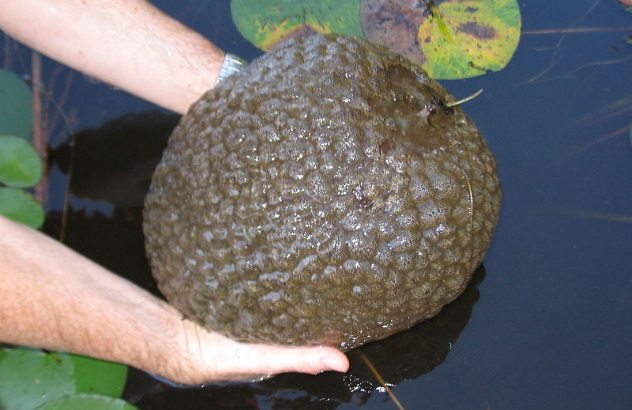 No, that’s not a fruit or something. It’s actually one of the most ancient animals in this world and it’s called Pectinatella Magnifica. Commonly known as magnificent bryozoan, this creature sports a brownish-gray color. It’s somewhat a slime-filled hermaphrodite, with texture similar to a pineapple and its brain-like shape makes it odd. It was recently discovered in Canada’s Lost Lagoon located in Stanley Park, Vancouver, British Columbia.

What’s interesting is the fact that these species have been here for around 470 million years. They feed on algae, but they prove to be hazardous to the environment. Why? That’s because they upset our freshwater ecosystem and its balance.

This one here sports a reptile-like rounded body. It has a flaring tail, with an array of spikes along its back. In one way or another, it can easily be likened to a modern girdled lizard. The Eusaurosphargis Dalsassoi’s fossil was acquired in the Swiss Alps, but it negated the initial view scientists have for the creature. The fossil suggests that the creature stands around 20-centimeter-long and crawls using its “spade-like claws.” The animal is also believed to be territorial. 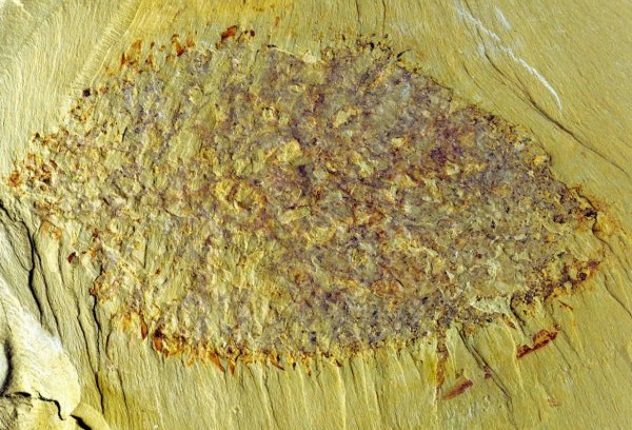 This odd balloon-shaped creature was discovered somewhere in China. According to Listverse, the 520-million-year-old fossil (which resembles a “squashed bird’s nest”) will help increase experts’ knowledge of the world’s ancient sea life. It features over 9 centimeters in length, but its “squashed-like” feature makes it strange. It’s worth noting that the animal’s name was bestowed in honor of the late professor Richard Aldridge, who was the ornithologist and paleontologist of the University of Leicester’s Department of Geology. In Latin translation, Nidus means “bird’s nest.” As for “Adelric” – an old English name for “Aedelic” – it stands for two words: “adel” (noble) and “ric” (a ruler). 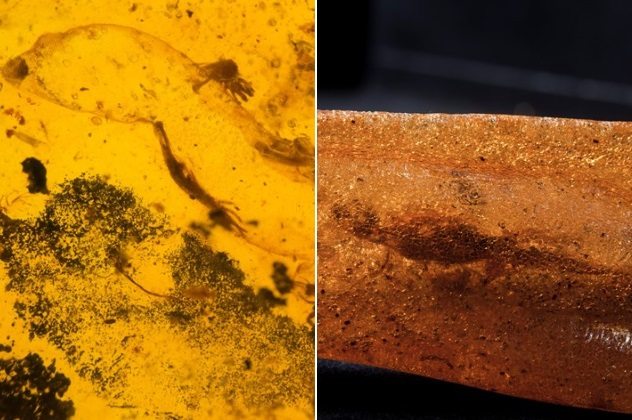 Recently, scientists were able discover two lizards from the ancient times. Both were encased in amber, which only promotes mysteries for various opposite reasons. While its origin has been unraveled, its identity hasn’t. The same can be applied to the other, only that it’s the opposite (origins not known, but identity revealed).

The first fossil was said to be a mere outline, with an intact skin and internal organs “lost to time.” Unfortunately, the missing features made it difficult for scientists to further investigate. Hence they can’t be deemed either a gecko or skink. As for the second fossil, it sat for years in a Canadian museum. Although there’s no documentation, its identity has been established thanks to its apparent skin, skeletal features, and toes, to name a few. 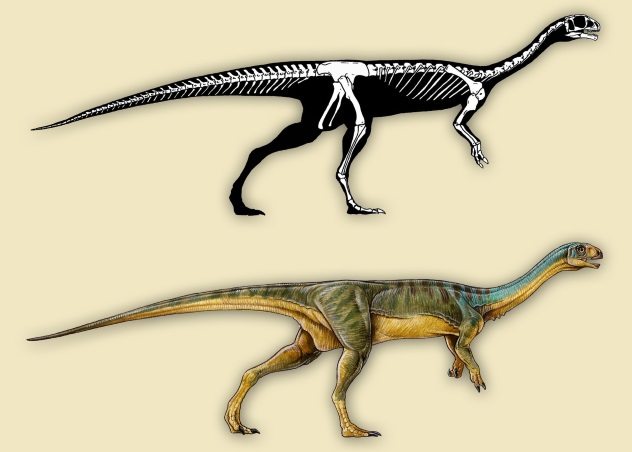 Will you believe if I say that a “vegetarian” T-Rex once roamed this world? Well yes, it’s actually true. The Chilesaurus Diegosuarezi, deemed a monstrous kind of dinosaur, was fond of consuming plants only. But this was just one of its bizarre characteristics. Its size was similar to a horse and was more plentiful than any other creatures from 145 million years ago. It also had forelimbs, all of which were similar to an allosuarus. Moreover, it featured “two stumpy fingers” instead of the usual sharp claws. 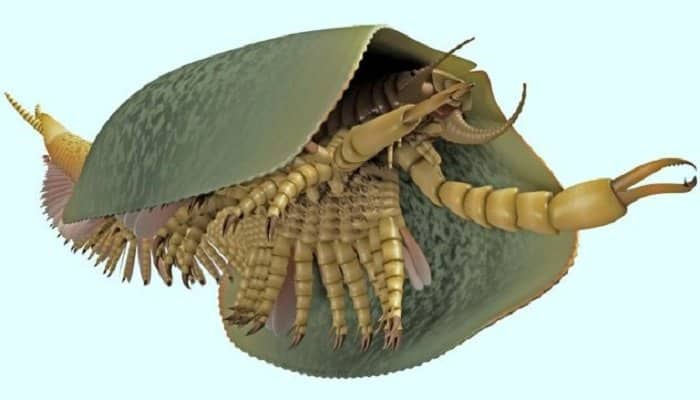 The Tokummia Katalepsis has a semicircular shell that’s beautifully placed on its odd, segmented body. It also has an antennae and rib-like tissues, just right on its underbelly. With its segmented legs, it can easily walk on the seawater floor with ease. The fossil of this ancient creature has helped modern scientists better understand mandibulates, which were basically animals with mandibles (e.g. ants, flies, centipedes, etc.). Although the Tokummia Katalepsis was capable of swimming, it often resorted to walking and living on the bottom of the ocean. 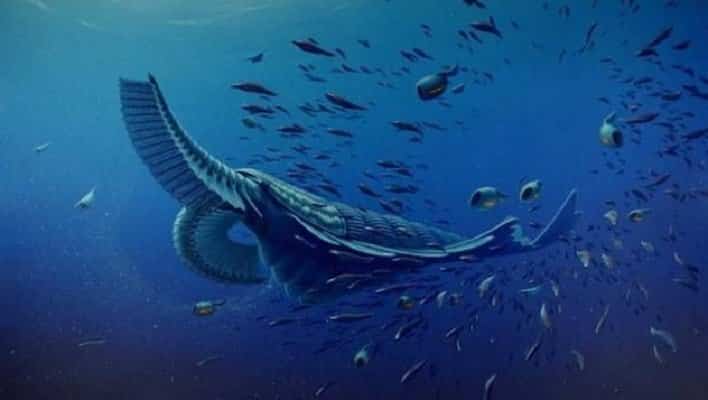 This ancient shrimp was around 0.6 meter in length and was believed to live from 52 million years ago. It has a very strange feeding filter equipped on its face. While its features resemble a shrimp, its eating habit was similar to a modern-day whale. Hence it was deemed a very unique creature in the Cambrian period. With its pair of facial appendages, it would easily sweep the ocean floor to look for planktons. This method is really similar to the way whales utilize their baleen in straining particles of food from the ocean floor. 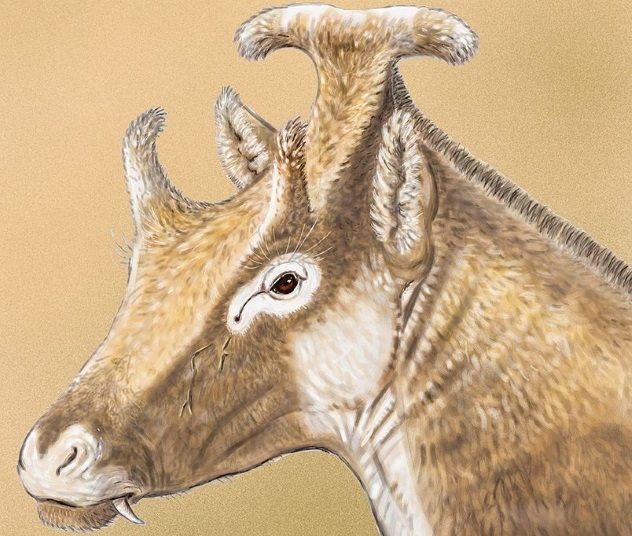 Among the most bizarre creatures from the archaic times, the Xenokeryx Amidalae had three horns atop its cow-like head. This was the very creature named after Queen Amidala (portrayed by none other Natalie Portman) from the Star Wars franchise. The said animal lived 15 million years ago and had inhabited Europe. Interestingly, the female species lacked both fangs and horns. Males, on the other hand, had horns equipped above their eye, with a massive T-shaped bone on their back. Scientists believe that these features enabled male species to easily court females. 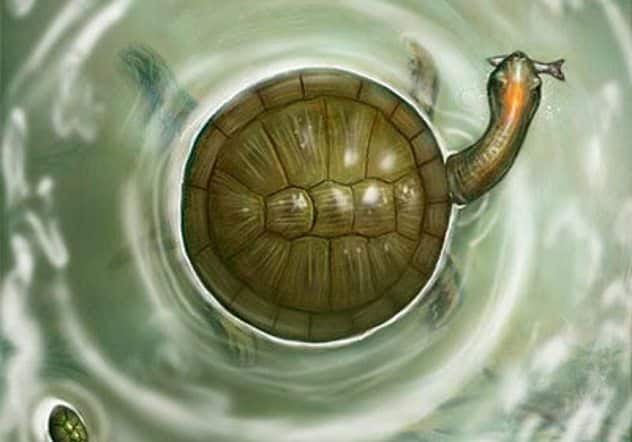 Unlike modern turtles, the Puentemys Mushaisaensis had a near-perfect rounded shell. It was found in La Puente pit in Colombia, a place where more notable fossils have been discovered. Its shell measures around 1.5 meters across, confirming the theory that turtles had achieve great size soon after the dinosaurs became extinct. They grew in massive dimensions thanks to the absence of predators as well as abundant food. The shell allowed the creature to live even in the coldest of temperatures, while its low-dome feature enabled catching more sunlight. This helped the cold-blooded animal to stay warm and comfy.