It pays to be kind and the sweetest returns are reaped when we try to help other people even if it means sacrificing a little on our end. We won’t know how good karma will strike us but eventually it will and when that time comes, we know it is going to be wonderful.

Take Liz Woodward as an example. She works as a waitress at Rt, 130 Delran, New Jersey. One day, two firefighters named Tim Young and Paul Hullings came up to her and asked for the strongest coffee she could ever make for them. While she was making their request, she overheard the two men talking about their 12-hour battle against a huge fire.

Liz was touched by the hard work and dedication of the firefighters so she decided to pay for their breakfast as a show of appreciation for their work. Instead of handing the men with the usual bill, she gave them a note.

Liz wrote this simple note for the firefighters: 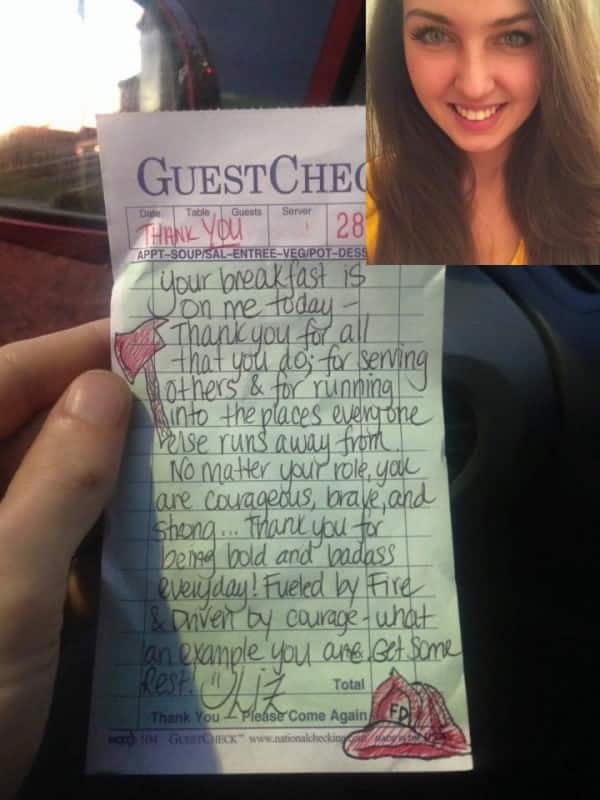 The firefighters were extremely touched so they posted their breakfast “receipt” on Facebook. Initially, they asked their friends to give Liz a big tip should they encounter her at the diner. But later on, the men found that Liz was broke and is actually raising funds for her father’s wheelchair-accessible vehicle. And so, they reposted their story alongside Liz’s GoFundMe campaign.

Upon learning that Liz was raising funds for his father’s wheelchair, people quickly took action, with one anonymous donor pledging $5,000! 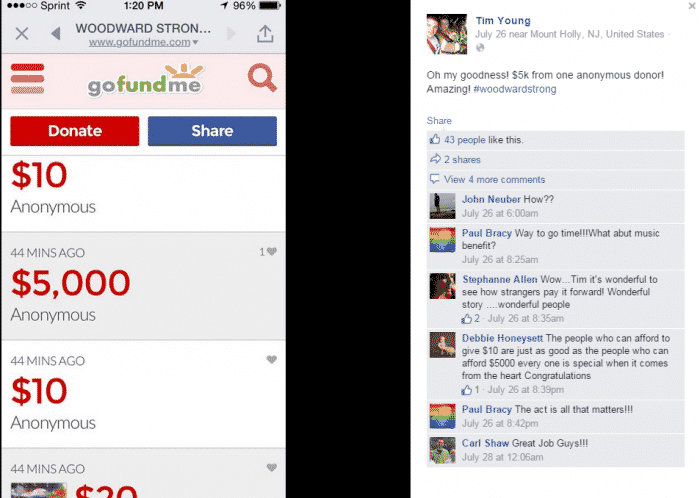 The campaign was able to garner more than $70,000. That’s a huge amount, considering that she was only aiming for $17,000 for the vehicle! According to Liz, she really did not expect this to happen as her only desire was to see the firefighters smile after a hard day’s work.

Truly, being kind has its rewards.

What do you think of this story? Let us know in the comment box below and share this post with your family and friends on social media.

These Waitresses Could Not Believe What Their Millionaire Customer Left Them On His Will. 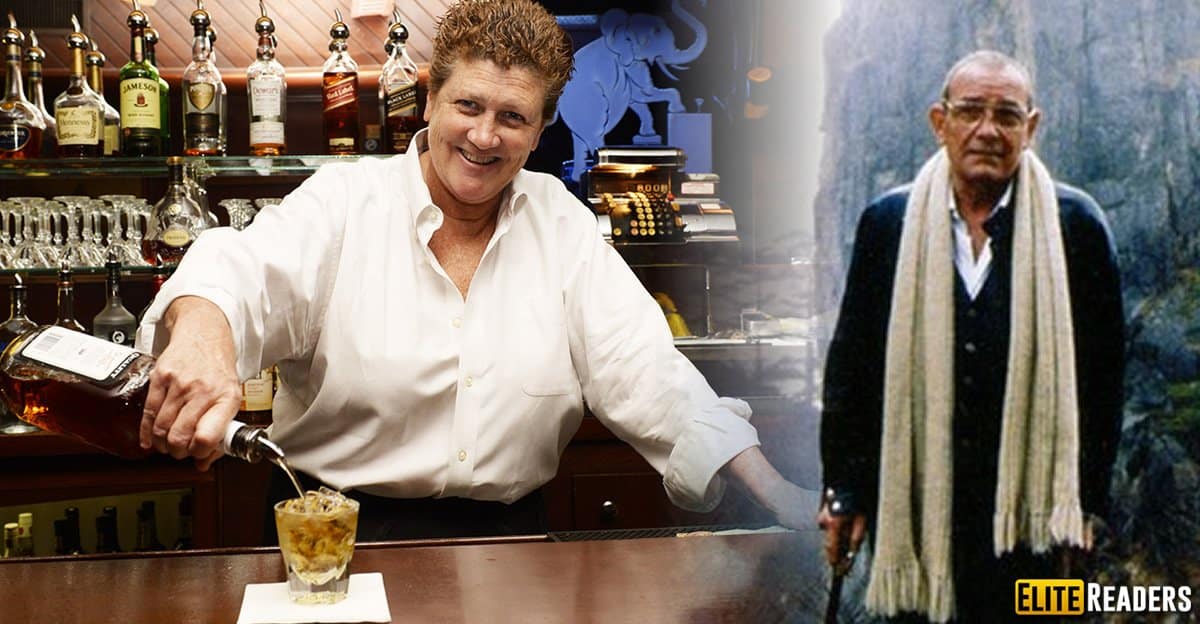