Epic fails to the safety features we install in our house are most of the times pretty disappointing. We invest hefty cash on all sorts of security tools to make our properties safe from unscrupulous people like CCTVs, electronic door locks, shocks for gates, or even hire a bunch of security to guard the house. But when your gate, which is supposed to be your first line of defense, comes crumbling down, will it be a disadvantage to you or can it be of some sort of benefit?

A surveillance video making rounds on Facebook shows a man trying to infiltrate a property through a tall white gate. His attempt, however, led him to face a literally heavy consequence that he had to carry for quite some time.

A thief tries to break into an iron gate in Vietnam. 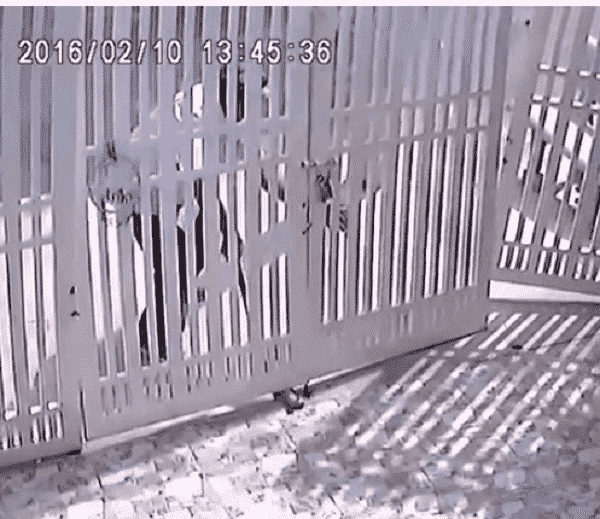 The footage starts by presenting a white gate that is secured by a padlock. A stranger then approaches the gate holding something that appears to be a crowbar. The sneaky thief then crouched down to find a way in by yanking the gate open from the bottom but fails. He tested the gate for a couple of seconds but his unsuccessful attempts led him to bang the gate even harder. However, the gate seems sturdy enough to be taken down by simple blows.

But as the thief was forcing to open the gate, it started to fall. 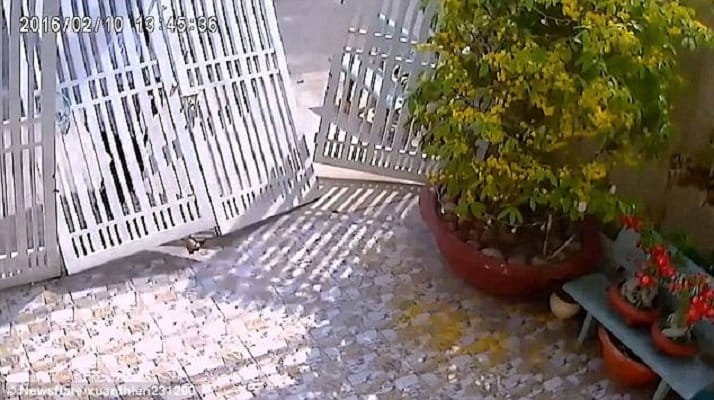 As the thief keeps trying to open the gate, an unexpected incident happened that probably made the man regret his evil plans. It was almost as worse as getting caught by the property owners or as painful as getting attacked by guard dogs. The heavy gate came toppling over him and he was instantly detained behind bigger bars on the spot.

The gate later crashed down on him, leaving his leg injured. 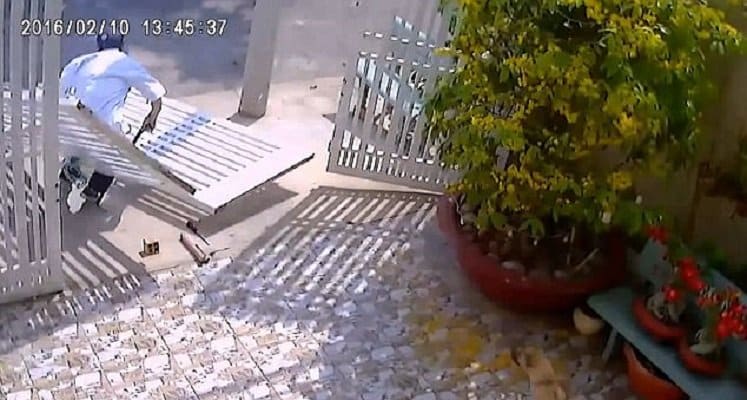 The three units of the tall gate went down, landing right on the man’s leg. He tried to stand up to escape, only to find his leg broken. When he pulled himself out of the fallen gate, the injured thief had to use his weapon as a cane to run away from the scene.

The thief managed to get away using his crowbar as his cane. 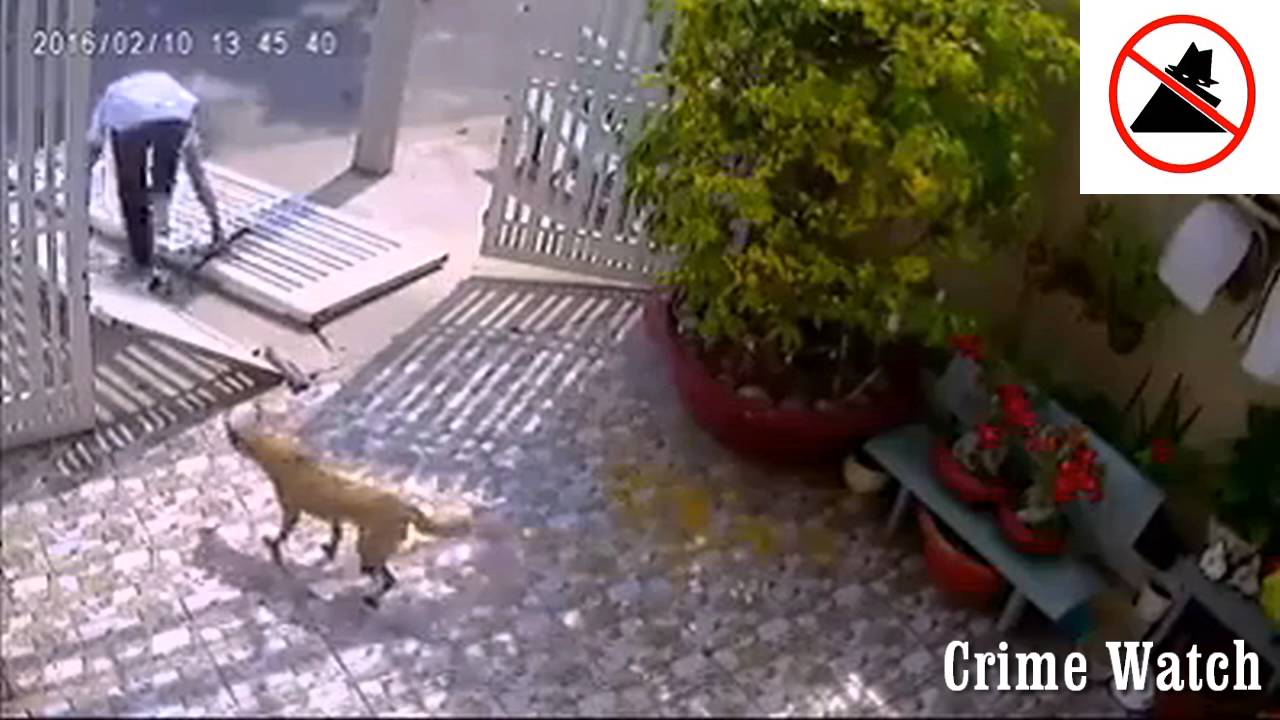 The owners of the property were reportedly not home, but their dog scared the thief away. The footage was said to emerge from Ho Chi Minh, South Vietnam in February 2016.

Watch the whole footage of the failed robbery below.