A pilot whale died in Southern Thailand and scientists have found the alarming cause of the death. Apparently, the whale had 80 plastic bags in its stomach, which caused the animal to starve to death.

A week ago, the pilot whale was found clinging to life up a canal in Songkhla province, near the Malaysian border. Conservation officials tried to save the whale’s life for days. They used buoys to keep it afloat and umbrellas to provide a shield from the sun.

After five days of endless effort, the whale vomited pieces of plastic.

The whale's condition drastically deteriorated and it later died. 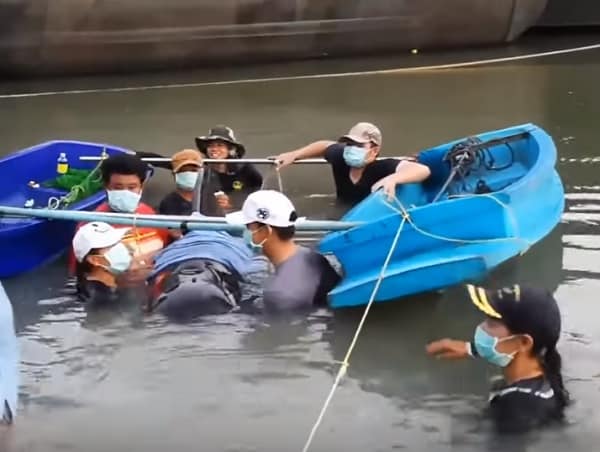 Officials from Thailand’s Department of Marine and Coastal Resources conducted an autopsy to learn the cause of the whale’s death.

The autopsy later revealed that the whale had ingested 80 plastic bags weighing more than 17 pounds. The officials said that the whale must’ve mistakenly ingested them, thinking they were food.

The natural diet of pilot whales is squid but they also eat other marine life such as octopus, cuttlefish, and small fish. It is more likely that the whale thought that the plastic bags were squid. The situation made the whale more desperate and hungrier, leading it to the canal.

“If you have 80 plastic bags in your stomach, you die.”

He added that the plastic bags hindered the whale to eat nutritious food. 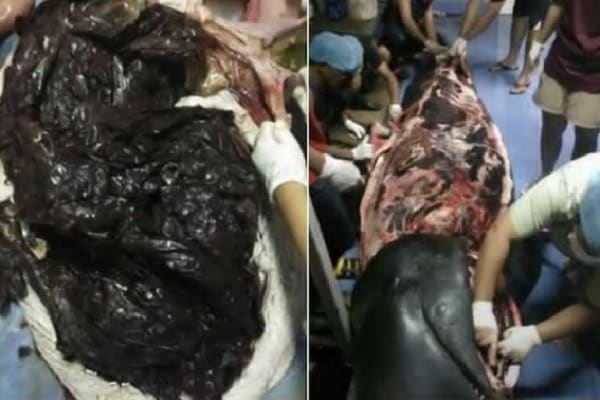 According to reports, about 8 million tons of plastic waste end up in oceans each year worldwide. That accounts for 80 percent of all ocean litter.

Moreover, we learn that Thailand is considered as one of the largest consumers of plastic bags across the globe. As we can see in this story, the harsh reality is that plastics bags can really kill marine animals.