17-year old Khanitta “Mint” Phasaeng did not only win the title for Miss Uncensored News Thailand 2015, but also the hearts of netizens all over Asia . And it is not just her exceptional beauty that is the reason for the people’s admiration, but her humility. Photos of Mint kneeling by her mother’s feet in her sash and crown were uploaded by a Thai Radio Station Page Feel 96.5 Rayong. The photos became viral earning Mint the approval of people for her loving act for her mom.

After winning the pageant, Mint immediately went back to her hometown and honored her mother. She did not care that they were by the sidewalk beside garbage bins, nor that she was dressed in all her finery as a newly crowned beauty queen, she knelt down on all fours and bowed her head in respect by her mother’s feet. This kneeling bow is the highest honorific gesture accorded to elders in Thailand.

The viral photo of Mint kneeling before her mother 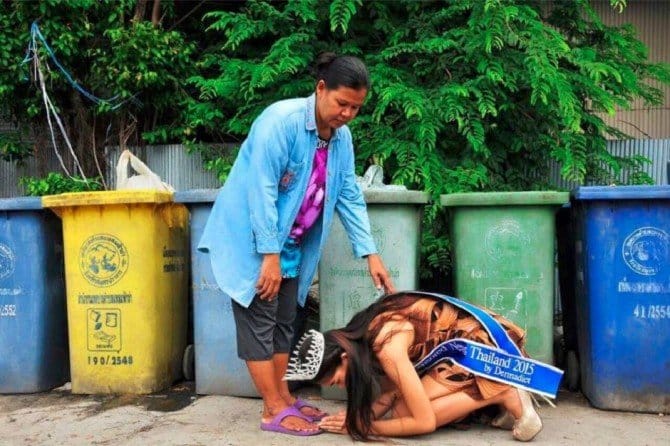 “Mint” came from a humble background and was raised in poverty. Her mother divorced with her father many years ago and after finishing high school, Mint had to stop studying due to lack of resources. She has helped her mother with garbage collection of recyclables and selling these. It has been their main source of income and Mint is not ashamed of it. In an interview she said that,

“I am very proud of it. Rubbish collection is an honest profession. I grew up having enough to eat, was able to finish high school because my rubbish-collecting mother supported me”

She even added a very inspiring line that,

“It is probably not much for other people but for my mother and I, every single baht that we earn is precious. What I have today is because of my mother. She and I make a living by doing honest work, so there is no reason why I should feel inferior” 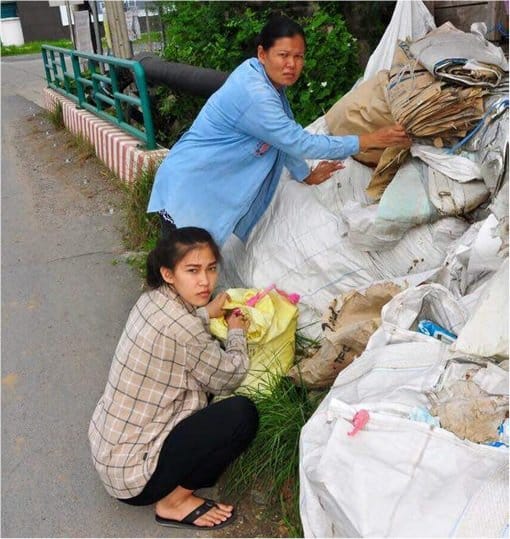 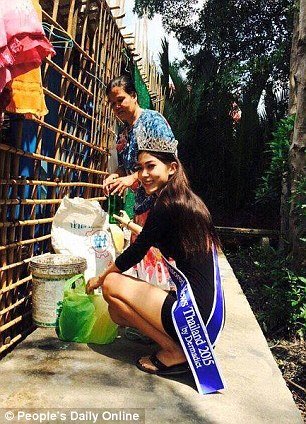 Mint joined the Miss Uncensored News Thailand 2015 at the urging of her friends. She never expected to win the competition. Even when the pageant host was announcing her as the winner, she couldn’t believe it. In her own words,

“When the referee announced the winner it felt like a dream. I thought how an ordinary girl like me can be a beauty queen.” 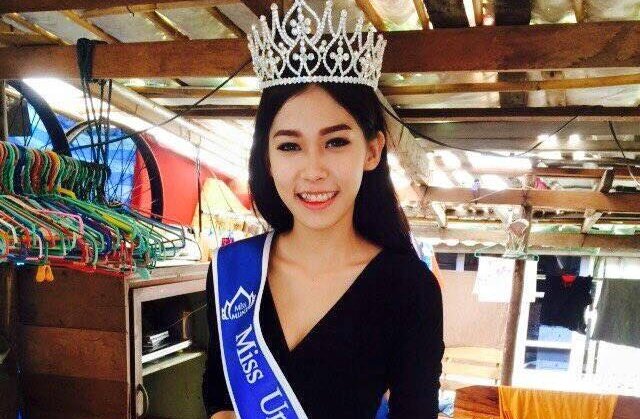 Mint has dedicated her win to her mother whose dedication, hard work and love she acknowledges as the reasons their family overcame everything. As of present, Mint’s win in the beauty pageant opened up opportunities for her and her mother. She has advertisement offers lined up. Mint said she plans to save up money, help the family and pursue college. Meaenwhile, her mother still continues working hard as garbage collector.

Gestures of love between mother and daughter 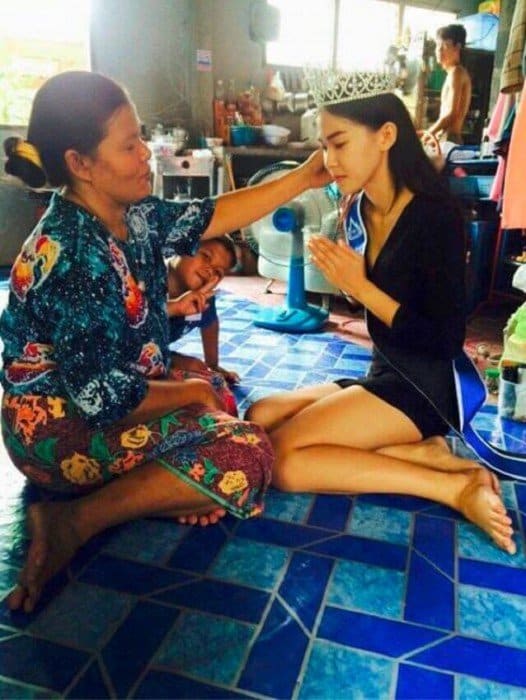 What do you think of this inspiring and touching story of the kneeling Thai beauty queen? Share and comment below!