A photographer made an unprecedented move by tying a model deep down underwater in the midst of live sharks in a Fiji reef.

Storyteller and visual engineer, Benjamin Von Wong has a story to tell, and so he garbed his model in a flowing white gown with a shepherd’s staff as a prop, and anchored her down with ropes several meters underwater near Kuata Island in Fiji where white-tipped reef sharks abound in the protected marine sanctuary.

Was this going too far just to promote his art? 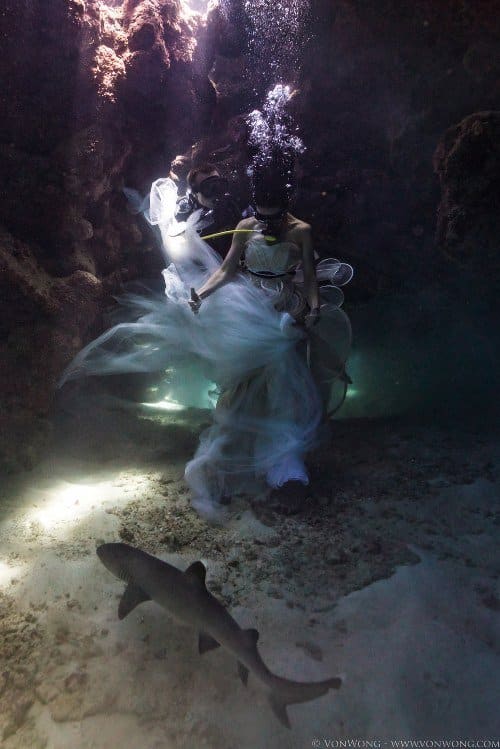 Von Wong is an animal activist and conservationist who loves sharks, and foremost in his campaign is to change the way people view sharks as bloodthirsty killers of the deep.

Aiming to raise more awareness about shark sanctuaries, such as the reefs of Fiji in the South Pacific, Von Wong is advocating for the protection of sharks, and to shatter all preconceived notions of the misunderstood creatures.

To this end, he put up a petition on Change.Org for the creation of a shark sanctuary in his parents’ native Malaysia. With a Marine Protected Area within the coral triangle to benefit fish and marine ecosystems, he also aims to help end the shark fin trade. 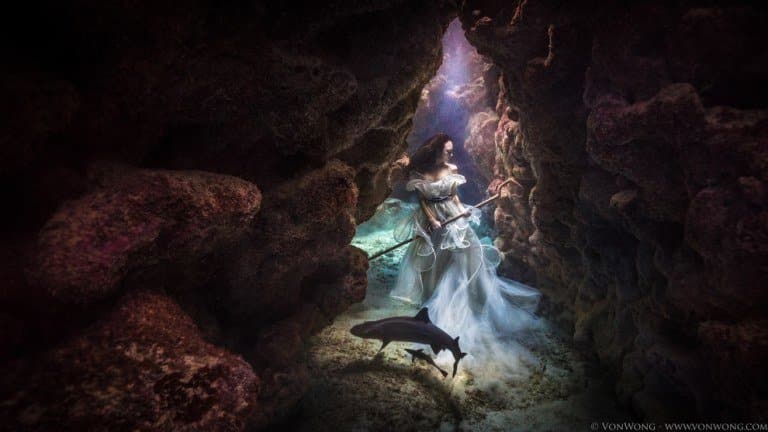 To accomplish this goal, Von Wong took his team to Kuata Island, one among the many islands dotting the Fiji archipelago to shoot white-tipped reef sharks in their native environment.

Helping him set up the scenario of sharks as shepherds of the sea, his model, champion freediver, Amber Bourke, who can hold her breath for up to five minutes at a time, agreed to be his muse.

The Shark Shepherdess in action. 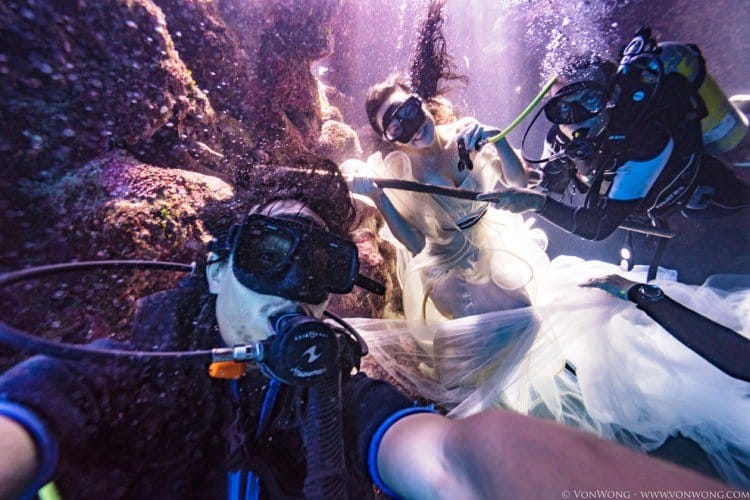 Von Wong and his team only had two hours a day to get the optimum images for the shoot – between 11 a.m. and 1 p.m. when rays of light would stream down underwater and blanket the reef in beams of radiance.

Waiting for up to six hours a day for the most optimal conditions, Von Wong and his team hugged the walls of the reef and restrained themselves from any sudden movements that could scare the the timid sharks away from Amber. 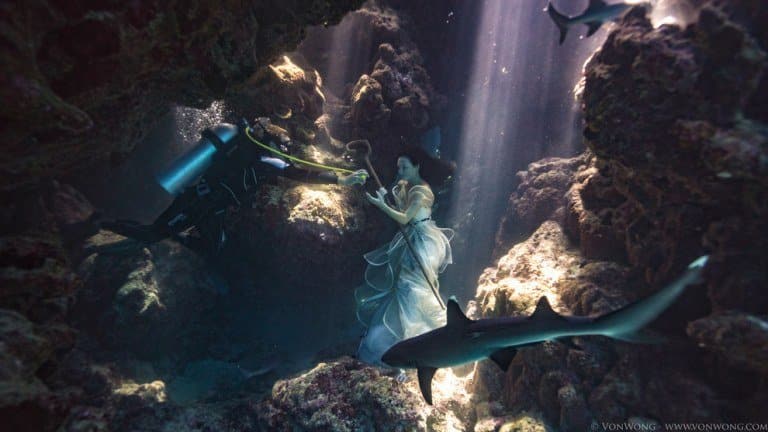 The curious creatures would hover around Bourke, who, while never having worked with sharks before, was fortunate enough not to fear them, and within the two-hour window allotted to them, Von Wong and his team were able to complete the shoot within three days.

The video of their photo shoot and campaign immediately went viral on social media.

Von Wong is happy he has started a conversation going on his chosen advocation, “Sharks get a lot of crap and don’t get nearly enough love,” he said.

With his surreal Shark Shepherd campaign going full swing, Von Wong is out to change everyone’s view of these creatures of the deep. 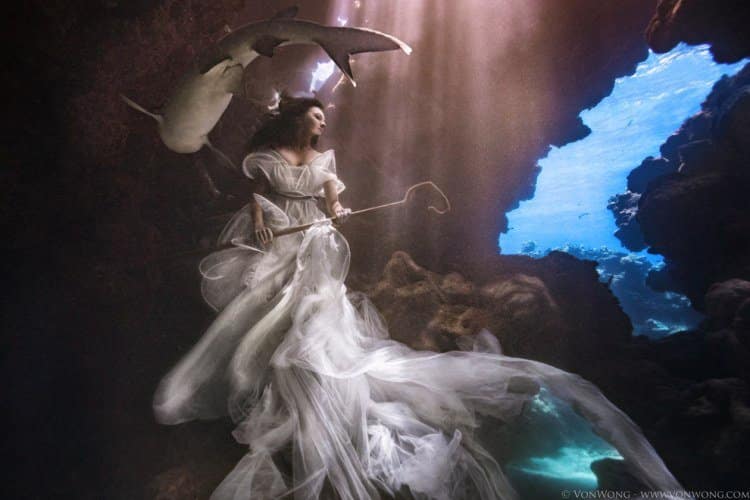