Riding the waves and swimming in clear waters sounds like a whole lot of fun until you realize that a predatory shark is lurking nearby. While shark attacks are not as common as getting struck by lightning, people are still intimidated by the creature that they tend to stay away from the waters.

But not all sharks bite and they are not as bad as many people think. There are gentle ones that you can safely have a close encounter with. Whether you’re avoiding possible shark attacks or you want to swim with a herd, know 10 of the world’s shark-infested waters. 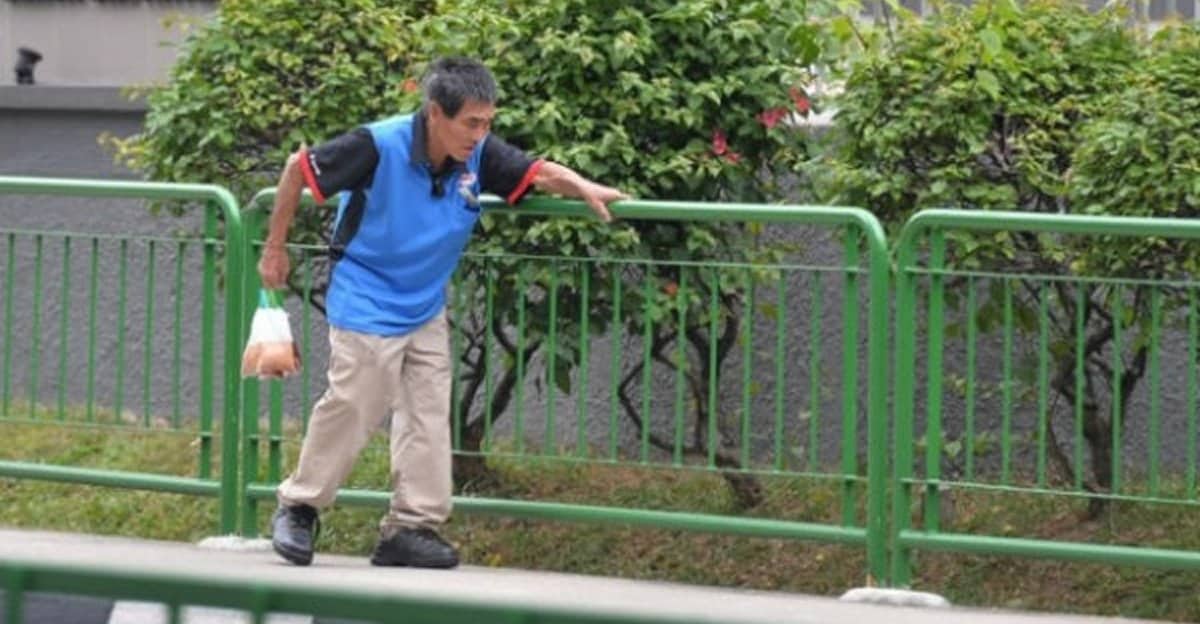 The resort and fishing town of Gansbaai in South Africa just happens to be the great white shark capital of the world. There are just so many of them that a shark cage diving in the narrow sea channel found between Geyser Rock and Dyer Island has become a popular tourist spot. You may be one to get frightened at the thought of great white sharks but many people actually visit this part of South Africa just to see them. 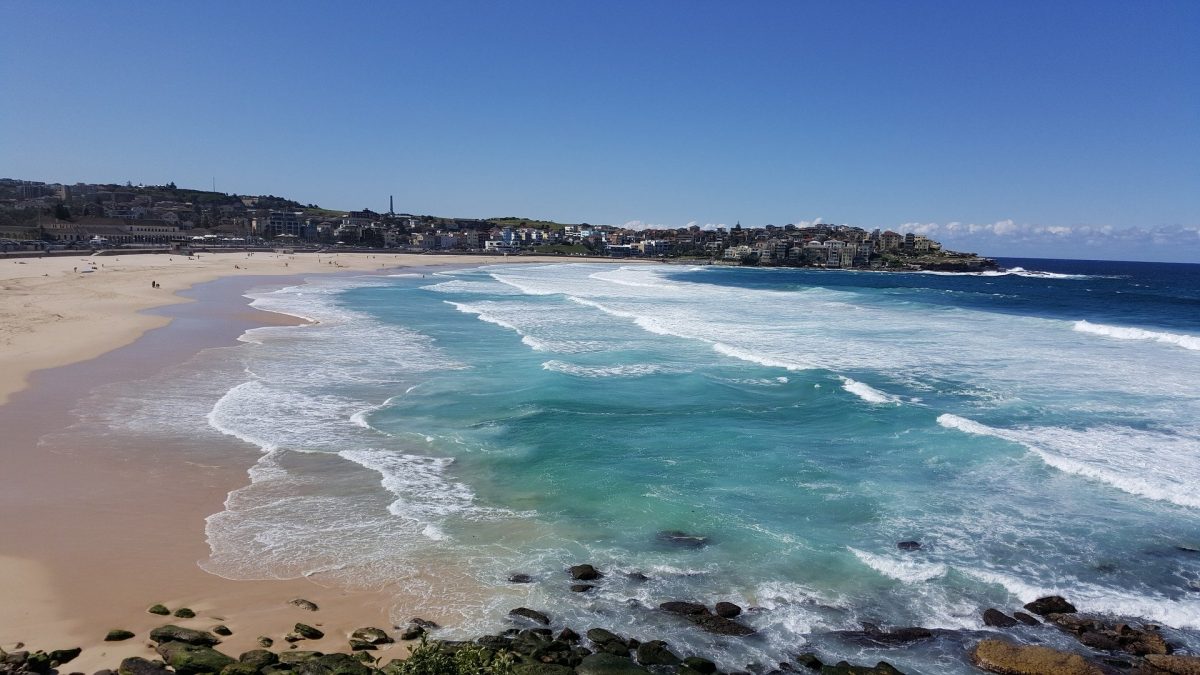 Because of recent shark attacks in this part of Australia, Bondi Beach has put up protective nets to keep sharks from getting too close to swimmers. That should give you a clear idea that there’s just plenty of sharks in the area. Many victims have lost their lives after being attacked by bull sharks lurking in Bondi Beach. Others have been lucky enough to survive and tell a tale. 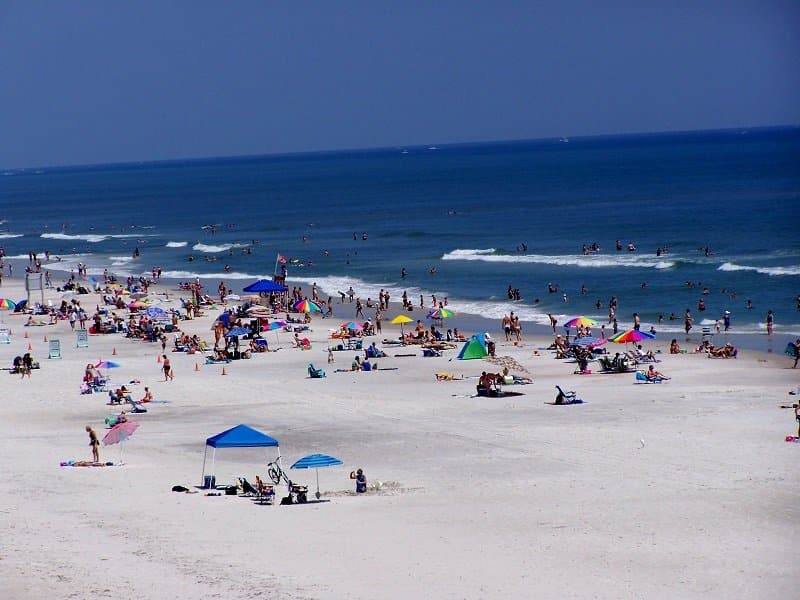 Because this populated beach is also infested with sharks, New Smyrna is considered the shark attack capital of the world. Florida sharks have accidentally bitten humans and also bump into them due to the waves. Shark aficionados can find blacktip, spinner and tiger sharks on the beach. These sharks may be less aggressive compared to the abovementioned sharks but they’ve bitten humans by accident. Who can blame them? A surfer on his surfboard could look like a turtle when viewed from below the water surface. 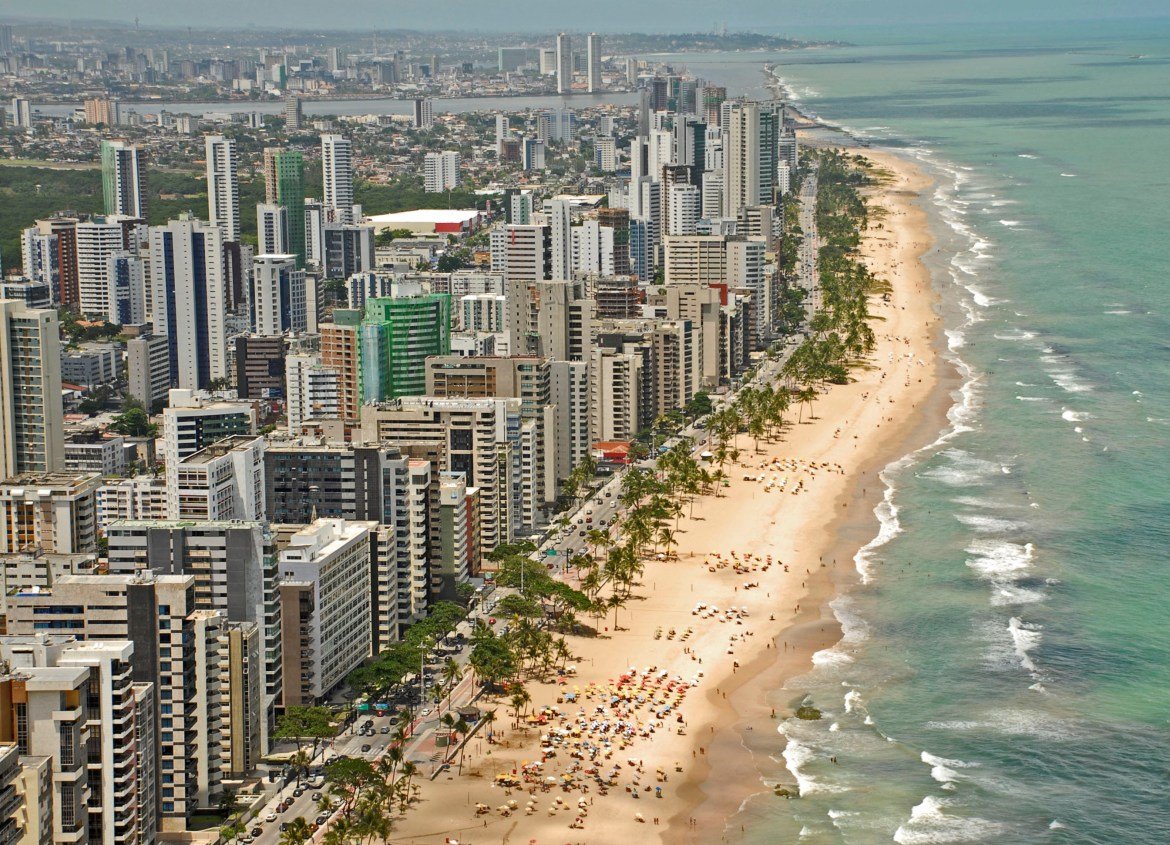 There are lots of sharks in this seaside town in Brazil. There have been over 50 shark attacks recorded since 1992, 16 of which were fatal. The dangerous shark encounters happen only along a 20-kilometer stretch of coast near the town, which made Recife earn a reputation of being the world’s most fatal shark attack spot. One in every three attack results in the victim’s demise. 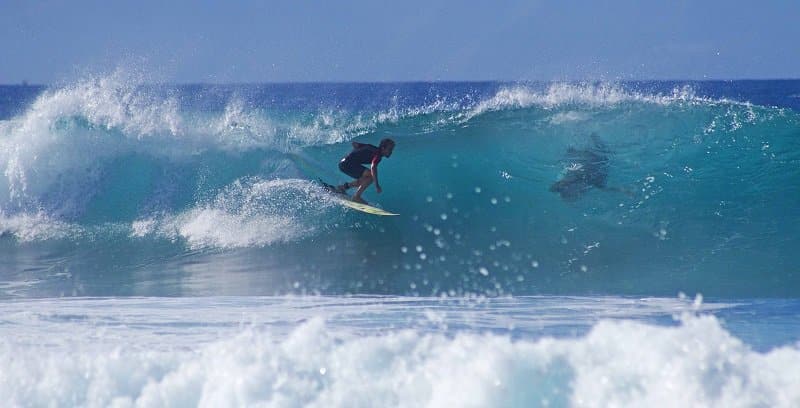 Reunion Island is an alluring paradise where you can find beautiful beaches, lush landscapes and majestic waterfalls – and yes, sharks. Tiger and bull sharks patrol the waters near Reunion Island — and you wouldn’t like having them come near you. 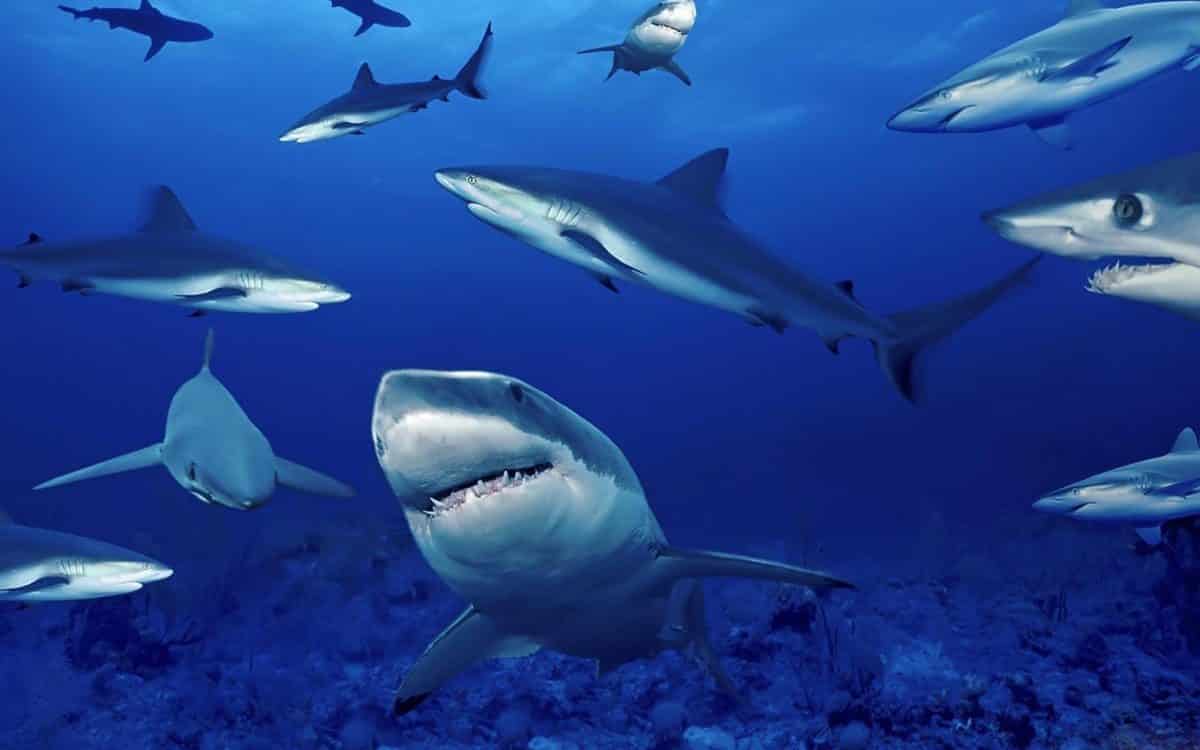 The scenic Kosi Bay is a series of lakes that connects to the Indian Ocean. The bay is also home to Bull sharks, or Zambezi sharks, that frequent the freshwater lakes. You’re scared of great whites, you say? Bull sharks just happen to be one of the most aggressive types of shark and they can swim in rivers and lakes. Doesn’t that sound frightening? 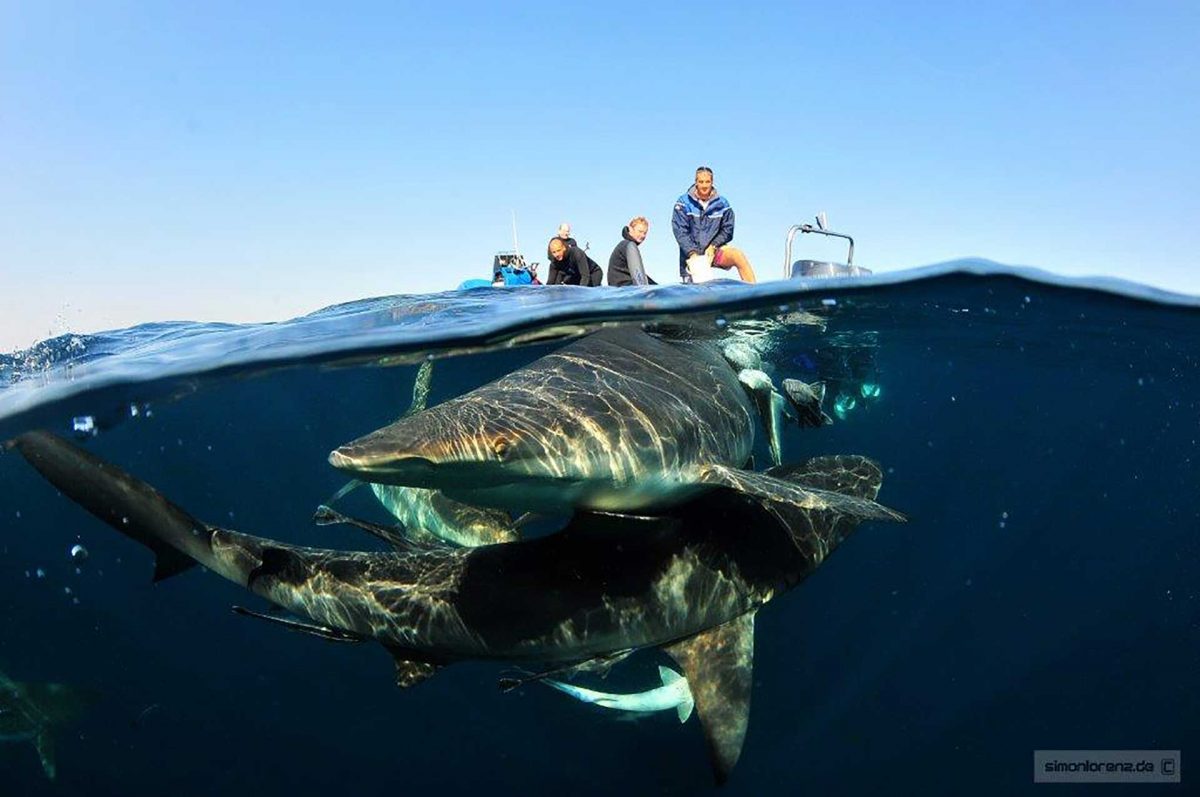 This famous resort town by the sea is just near Kosi Bay. Scary great white and bull sharks have been spotted swimming in the waters.

There are protective nets that would keep these sharks away from swimmers. The question is, would you still want to get in the water? 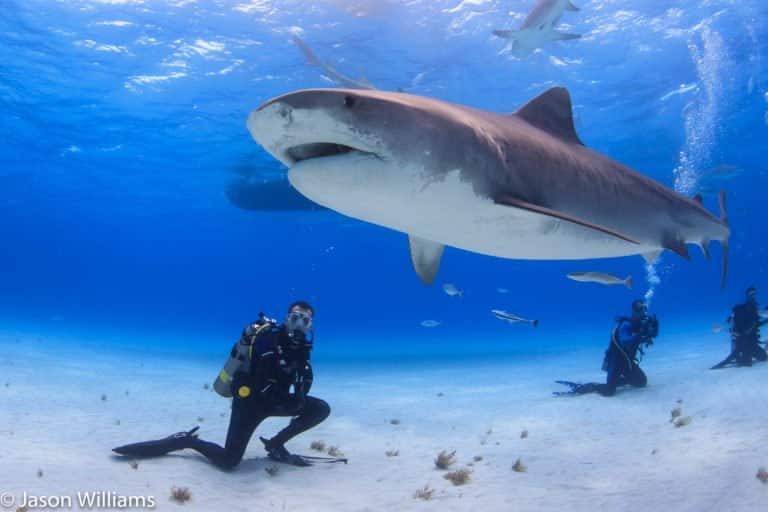 There have been no fatal shark attacks documented in this Caribbean beach but one can find what’s called the “Tiger Beach.” You guessed it right – West End, Grand Bahama has an area that is populated with aggressive tiger sharks. But there are also different kinds found on this beach, which is why it has become popular for those who can brave cage diving with sharks. 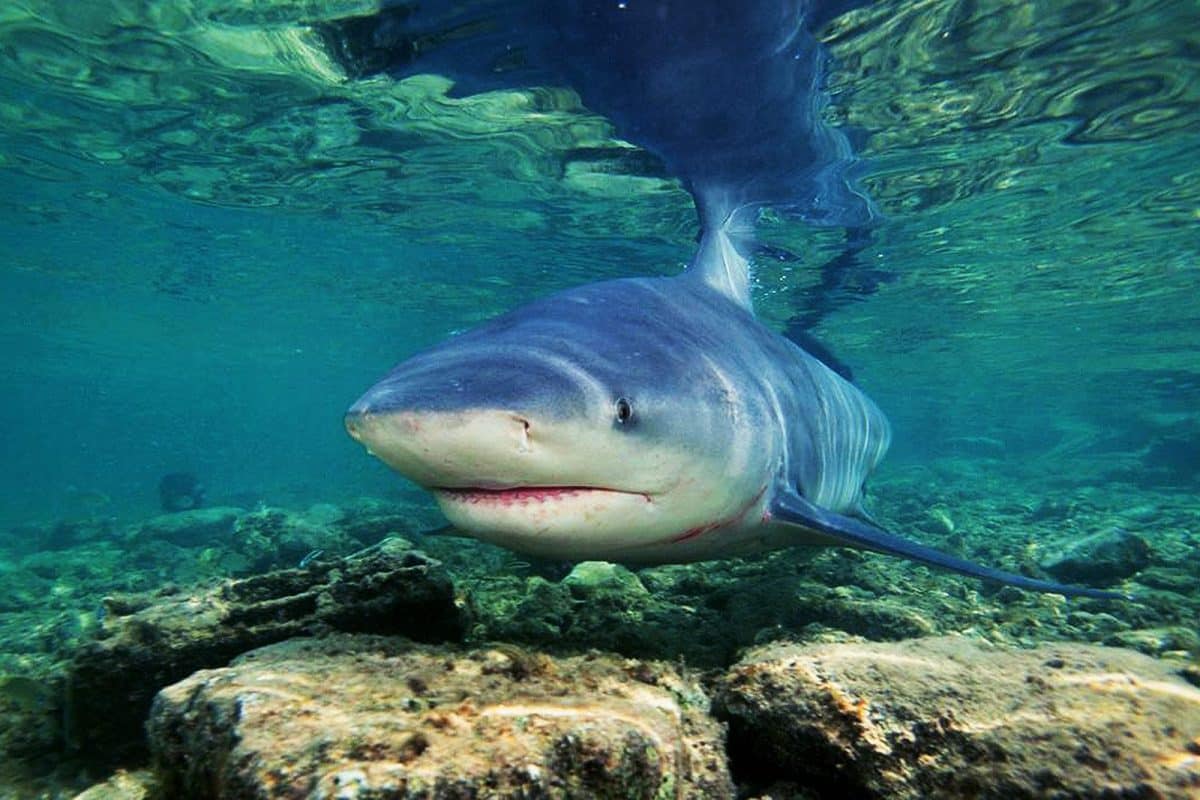 Yes, it’s a lake. And it’s infested with bull sharks. It’s a relief to know that there aren’t many attacks on humans in Lake Nicaragua but just thinking about these aggressive sharks swimming in lakes is enough to send chills down your spine. 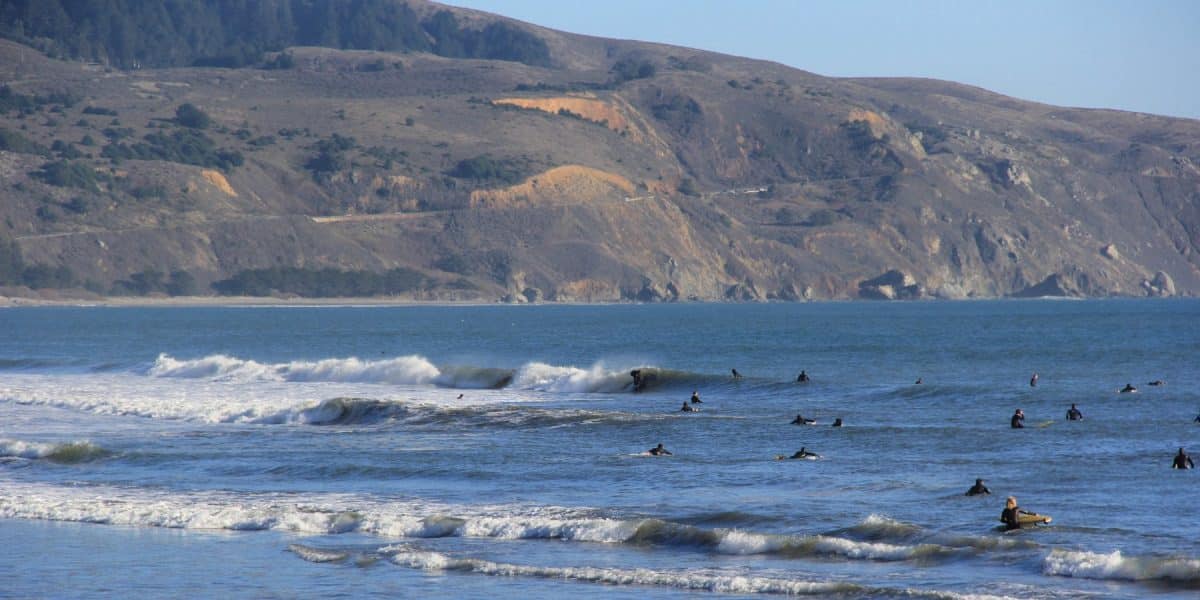 Many surfers brave this small beach enclave in northern California. In an area called the “Red Triangle,” which includes Bolinas, great white sharks have been spotted scouting the waters in groups. In 2002, a 24-year-old surfer was attacked by a shark. The 12-14-foot great white surfaced from the water and took the man with its massive jaws. Fortunately, the victim survived and required 100 stitches. Surprisingly, Bolinas continues to be a favorite spot for surfers.