A school from South East England recently spraked controversy because of a certain uniform policy. Apparently, school officials had a bizarre instruction for their young male students who said that wearing rousers during summer months is too hot – they were told shorts are banned and they could wear skirts instead.

Yes, Chiltern Edge Secondary School of Oxfordshire has officially banned wearing shorts and last year, they’ve introduced a “more formal” uniform policy that meant only trousers and skirts are acceptable for their students.

No shorts – only trousers and skirts! 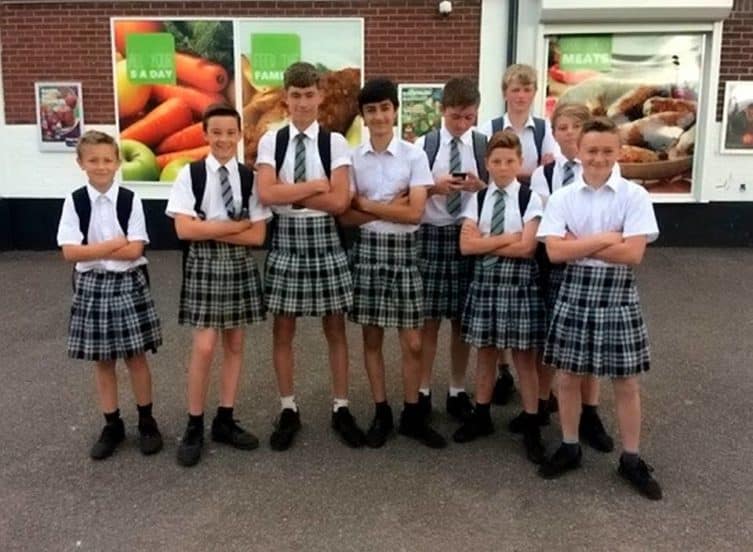 When parent Alastair Vince-Porteous inquired if his son could instead wear tailored shorts, he was told no because it wasn’t part of the policy.

“I was told shorts are not part of the uniform. It’s a shame we can’t be more grown up about it, we aren’t asking for ra-ra skirts or skinny jeans, just grey tailored shorts for two months a year, it’s not a big deal.” 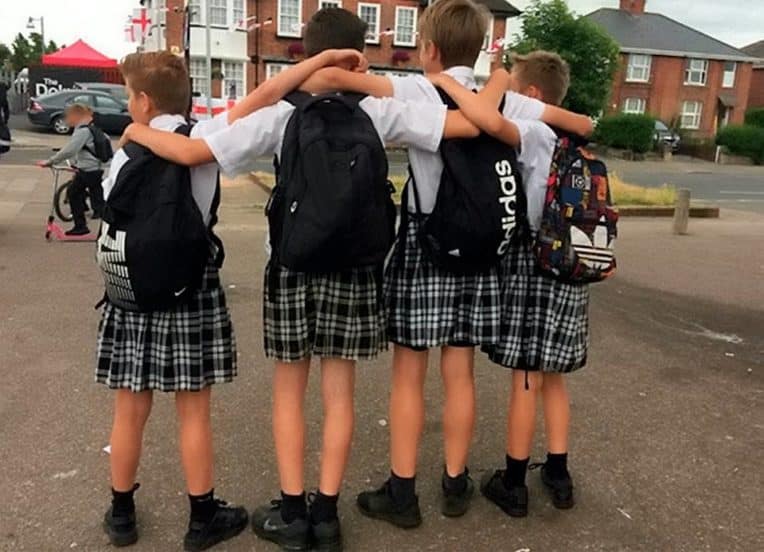 As headteacher Moira Green pointed out:

Understandably, parents and netizens are outraged about the entire thing.

Many have expressed their support to allow the boys to wear shorts. For example, one Twitter user tweeted:

“A school in Oxfordshire has banned boys from wearing shorts but will let them wear skirts. Has the headteacher gone mad?”

Well what’s your take on this topic, folks? Do you agree that boys should be allowed to wear shorts during hot summer months or not? Let us know in the comment section below.