There are times that we get fed up with life and its demands. People work hard to earn money and thrive in the modern world. While that may be the way of life but for others, some prefer a life without hassles, problems, and interaction with others. Escaping the realities of life could be a good idea, at least for a 20-year-old man, who vanished and eventually hid in the woods of Maine for more than two decades.

The story of the “North Pond Hermit” haunted the locals for 27 years. Christopher Knight disappeared into the woods and lived in a tent in an inaccessible forest. He survived by the food he stole from surrounding cabins and campsites. He never had a conversation or interaction with another human being for nearly three decades, not until he was caught red-handed when he broke into a summer camp for the disabled.

Chris Knight left his car and vanished in 1986. 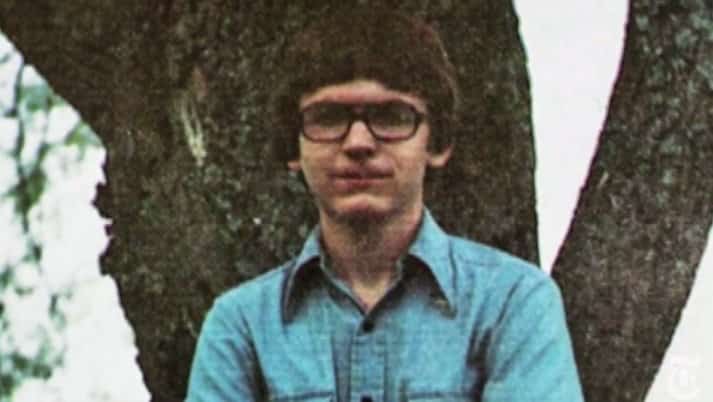 Knight haunted the locals as he would break in houses and cabins to steal whatever he needs to survive. For years, he stole flashlights, propane tanks, books and food in the freezer. In some cases, he would steal coffee pots, frying pans, and other cooking utensils. Some people may settle to the thought that these things were just misplaced, or the kids played around hiding things. Soon after, the families knew that someone has been inside the house.

Though the police say they know the culprit, Knight managed to break in a thousand times during summer campfires. People hear the same tale – things disappearing. Thus, the tale of the “North Pond Hermit” emerged.

The hermit’s campsite in the forest, an area impenetrable by humans and even animals. 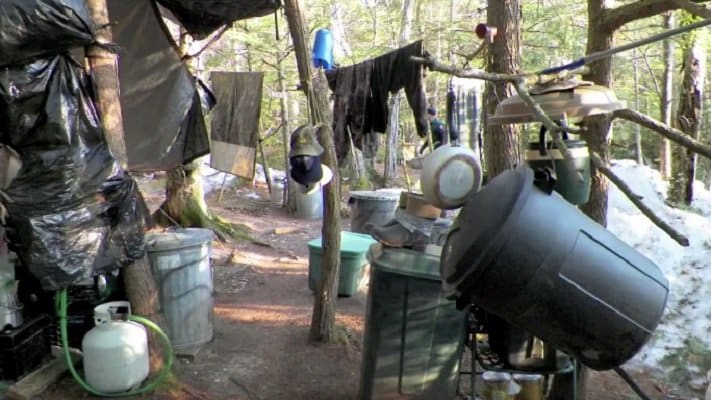 But what was Knight's exact reason about why he abandoned his life and lived in the forest? Michael Finkel, who has written for the National Geographic and authored the book titled, “The Stranger in the Woods: The Extraordinary Story of the Last True Hermit,” said that Knight grew up in an interesting and private family in central Maine. He had siblings and they were extremely smart.

The family belonged to the lower-middle class but they had a hefty amount of money because of the various abilities they have. They knew many things backed up by science and their wit, just like when they built a greenhouse under which were hundreds of gallons of waters. They were able to grow food in the greenhouse during winter, without even paying a single cent to the electric company. 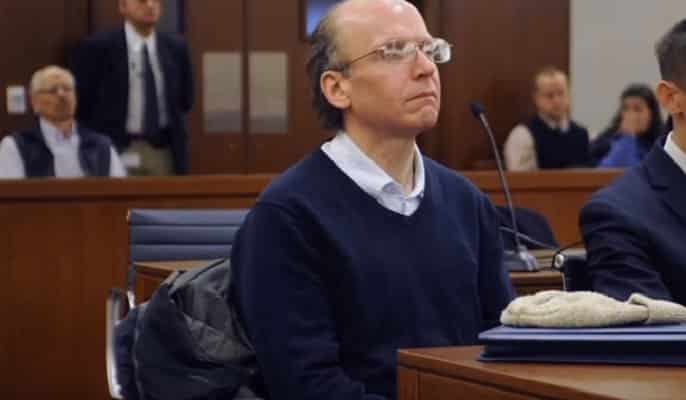 Knight, however, was very shy all his life. He found interacting with other people so hard, and he decided to live as a hermit, living for 27 years without any human interaction. The family never filed a missing person report, making Knight on his own.

Finkel added that it’s weird that nobody found Knight in the wilderness for the past three decades since he did not actually live in a remote wilderness. He built his campsite on a private property, an area with various cabins and crisscrossed by small towns. The place, dubbed as “The Jersey” by the locals, is the densest, most disorienting and pathless forest. Hence, it’s very hard for people, and even animals to walk through.

Knight was an extraordinary hermit, he was silent, almost unnoticeable even at night. 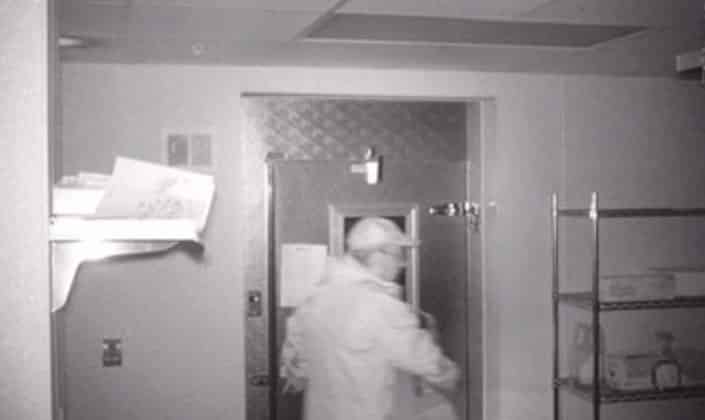 He would steal things from cabins and campers, without them even noticing. He never lit a fire during winter and kept silent throughout the year. As years passed, the tales of the North Pond Hermit went on and on, without the people knowing who he actually is.

Finally, a man named Terry Hughes decided to end the long tale about the hermit. He installed high-tech surveillance devices and finally caught the Knight while planning to steal from a freezer. 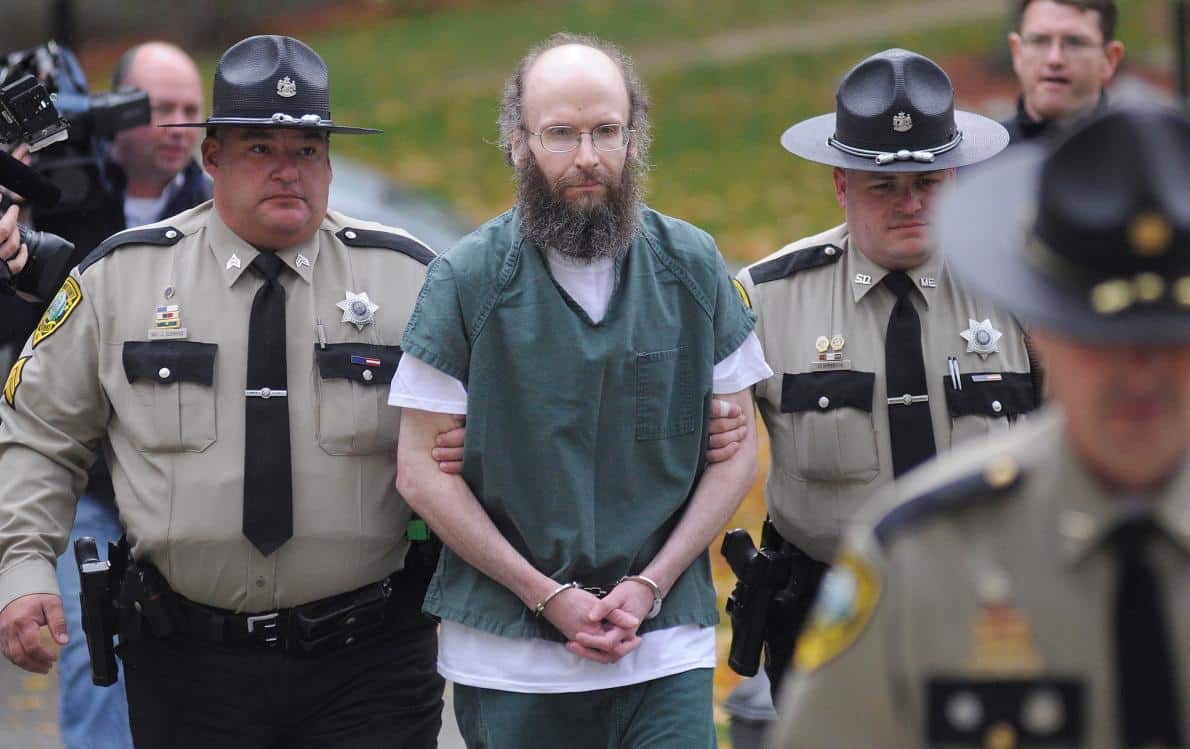 He might have lived more years in the forest, but he was caught one night, trying to steal from a summer camp for the disabled. The police were amazed by how neat he committed the crimes, dubbing him as a Houdini-esque burglar. He was able to penetrate houses and cabins without breaking the windows or smashing doors. He had a talent in picking locks. When he leaves after getting what he needs, he would leave no trace – even closing the door behind him.

Years have passed since his capture, the North Pond Hermit, finished a special court program for people with mental health problems. 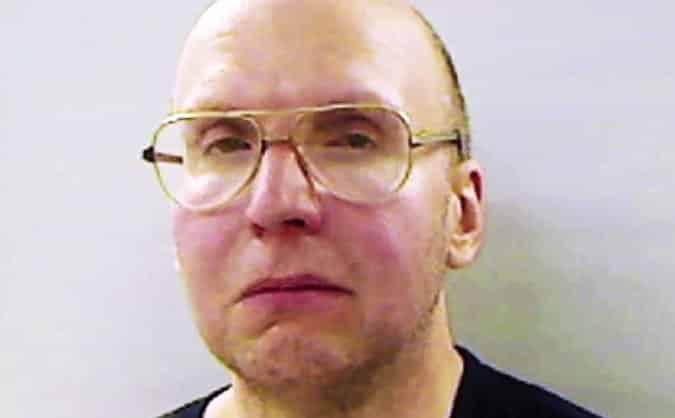 However, Finkel believes that Knight left the world because he simply doesn’t fit in. He’s very intelligent and bright. Some even suggested to just let the person be and live peacefully, give him a land and a few bags of groceries.

“Sometimes, when I’m driving in my car with my three kids fighting in the back and I’m late for an appointment, stuck in traffic and the radio is blaring bad news, a thought runs right through my heart and soul: It’s not Knight who’s crazy, it’s the rest of us.”

“Maybe the operative question isn’t why Chris left society, but why the rest of us don’t.”

Sometimes, when I’m faced with stressful events and the hustle and bustle of the city life, I also want to disappear and live peacefully somewhere. The story of the hermit entails the courage of a man to leave the chaotic world and live in peace in a place where money isn’t important.

Watch this documentary about Christ Knight:

What can you say about this story? Share your thoughts in the comments section below.