Going on an adventure in a foreign country is an interesting activity that almost all of us put in our bucket lists. The new experiences must be worth taking note of and worth capturing that should be shared on social media. But while we are expecting a stress-free vacation, we should not eliminate the chances to have an unfortunate encounter.

A British tourist, who was enjoying her time discovering the mountainous Nepal, had a mad encounter with an angry local all because of a cup of tea. Gemma Wilson was then out for a day trek along the Annapurna Circuit with her teen stepson. Exhausted, they then decided to stop by a tea house to buy refreshments.

This Nepalese vendor chased two British tourists who complained about her black tea being overpriced. 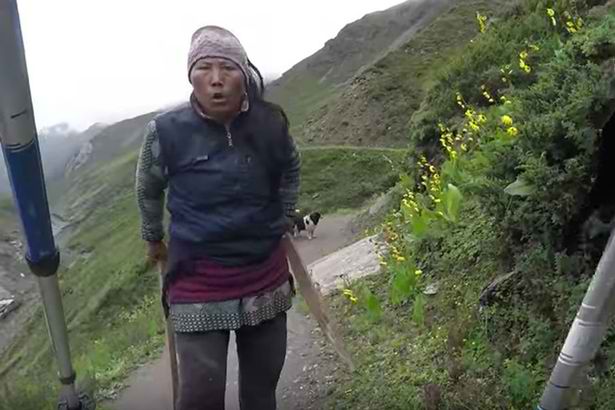 The old woman drove the tourists away by trying to hit them with blocks of wood. 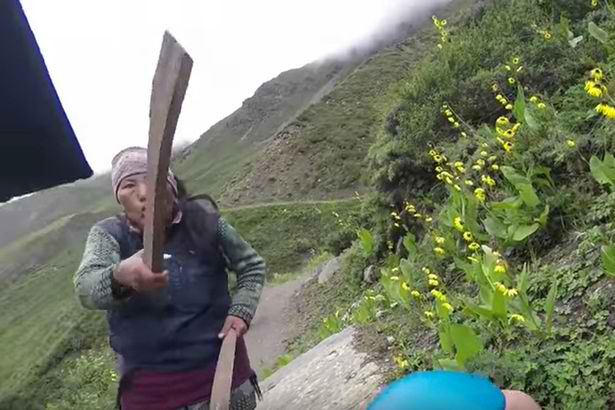 As soon as the duo got the bill for their black tea, Gemma was quite shock that the price of their drinks were way more expensive than the usual rate she would pay. The shop owner charged them 150 rupees when she usually pay 50 rupees for a cup of black tea.
Gemma then told the owner about her concern, but paid their drinks anyway. She said about the incident:

“I always ask how much something is first before buying and for some reason I didn’t this time. I had always paid 50 rupee for black tea…When I got up to pay she told it was 150 rupee. I asked her again and she repeated it, so I got the money out and paid her, but I said to her it was seriously pricey.”

The furious vendor was however unsatisfied with just hitting them so she hurled rocks onto the scared tourists. 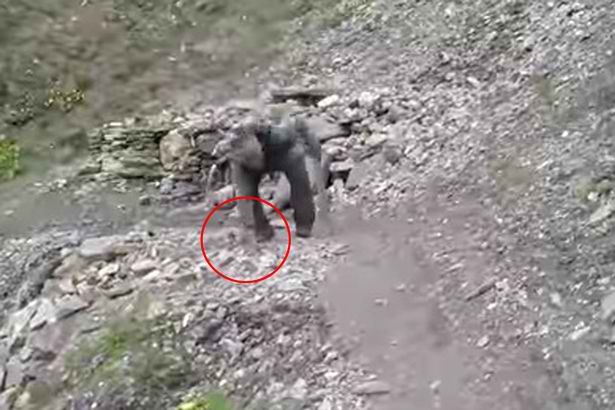 The vendor even told the tourists that they shouldn’t be complaining as she believes they are rich. 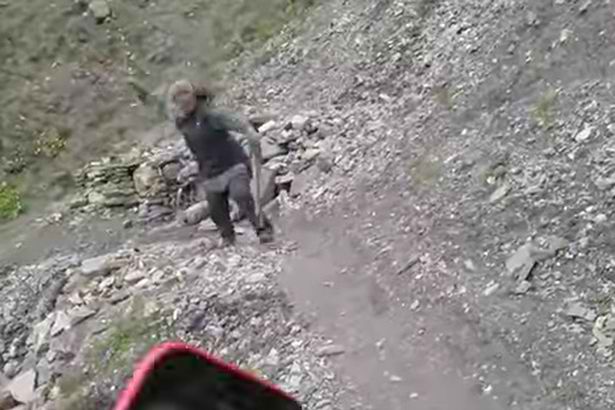 Gemma and her stepson then left the tea shop, but stopped by the store sign to take some photos. The owner then spotted the two taking some shots and ran towards them while swearing at the 35-year-old British tourist. Moreover, the owner held a plank of wood which she planned to use to hit the tourists.

The duo then ran in fear, but the show owner kept chasing them along the path while throwing stones at them. The incident was filmed on camera and the owner can be heard yelling:

“You English people are rich. Why bargain?”

The old woman then caught up with Gemma and that was when the tourist kept apologizing and begging to let them go. Reports tell us that Gemma was left unharmed but she was bruised on her hand. She said:

“I knew fighting back was a really bad idea because had I gone over the edge it is highly likely I would have died.”

Watch the viral video of the chase below: