I’m in awe of children from poor countries doing whatever it takes just to get an education. The stories should be shared to your children to let them know how lucky they are to be able to stroll or take the bus to get to school safely. So the next time your kid whines about being too lazy to walk to school, just show him these pictures of children in Dhaing Village in Nepal. Here, children have no choice but to cross the river using a flimsy cable bridge if they want to reach class.

All this trouble just to get to class. 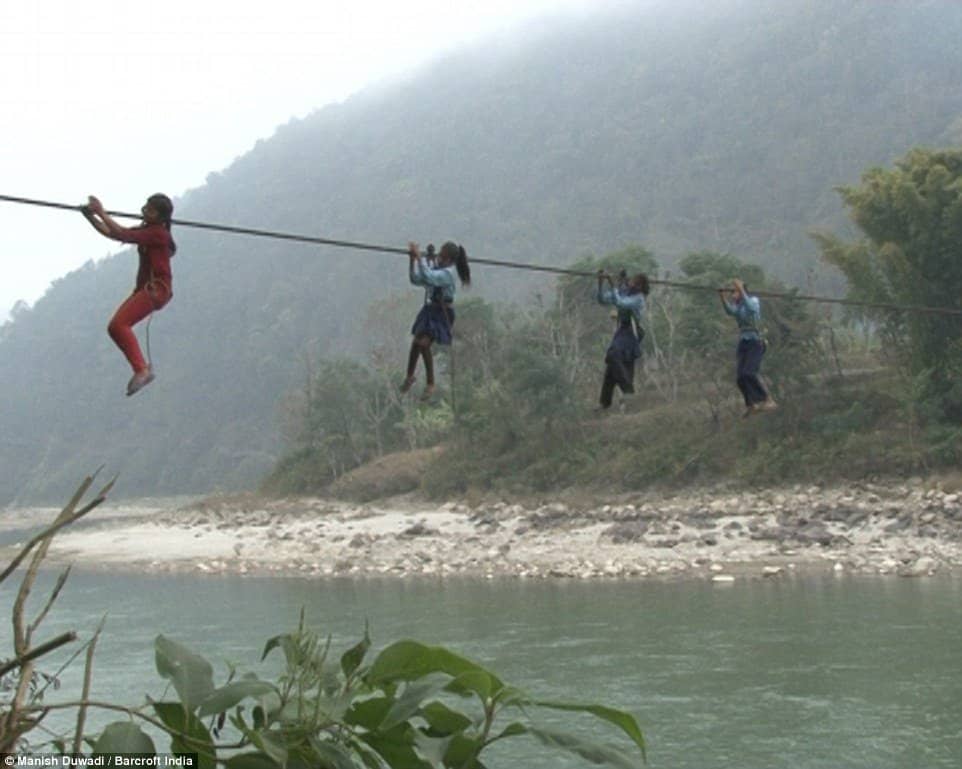 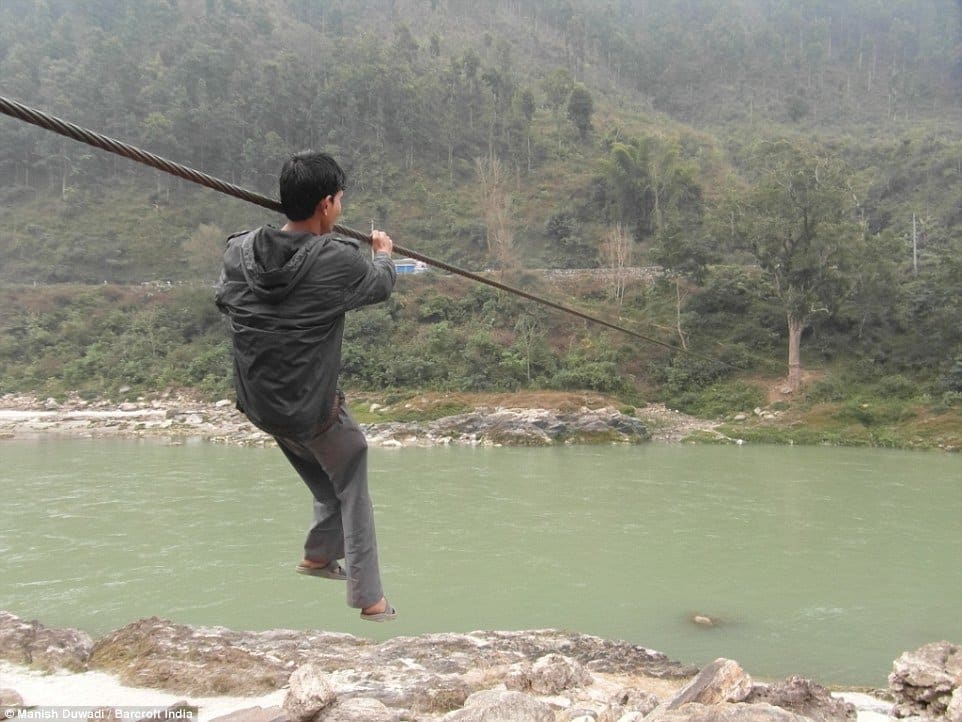 It’s not uncommon to see such crossings in the Benighat district of central Nepal. You can see villagers sit in a loop of fabric or small wooden crate and move themselves by hand. Not surprisingly, accidents happen during these crossings. Some have lost fingers while others fell into the river when the cable snapped.

They also use the bridge to transport goods. 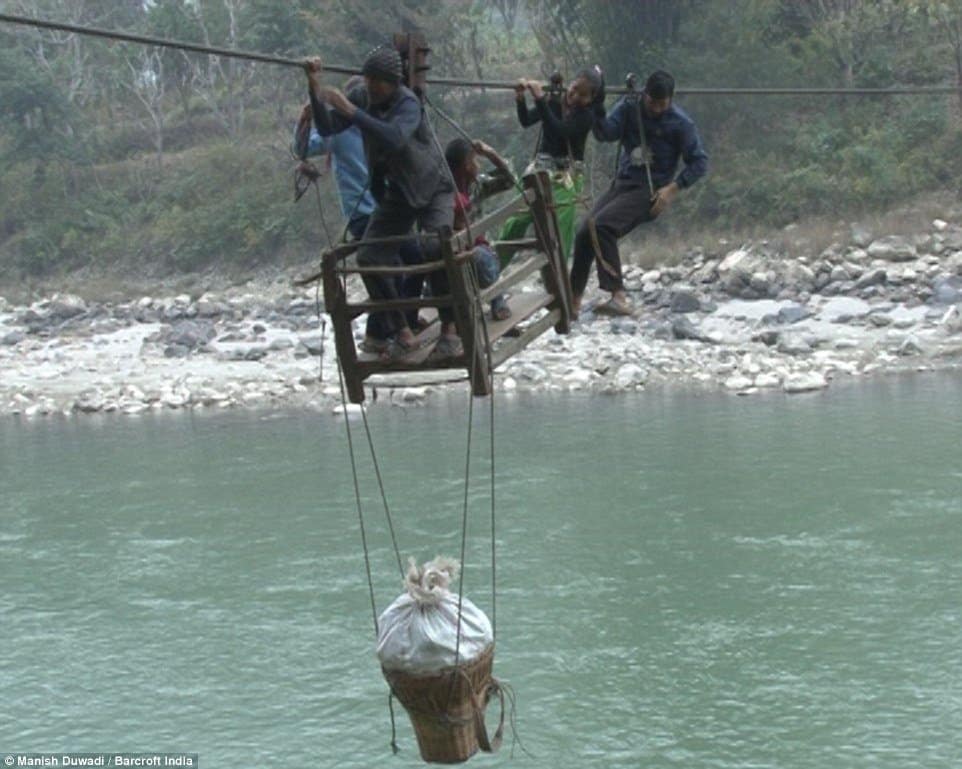 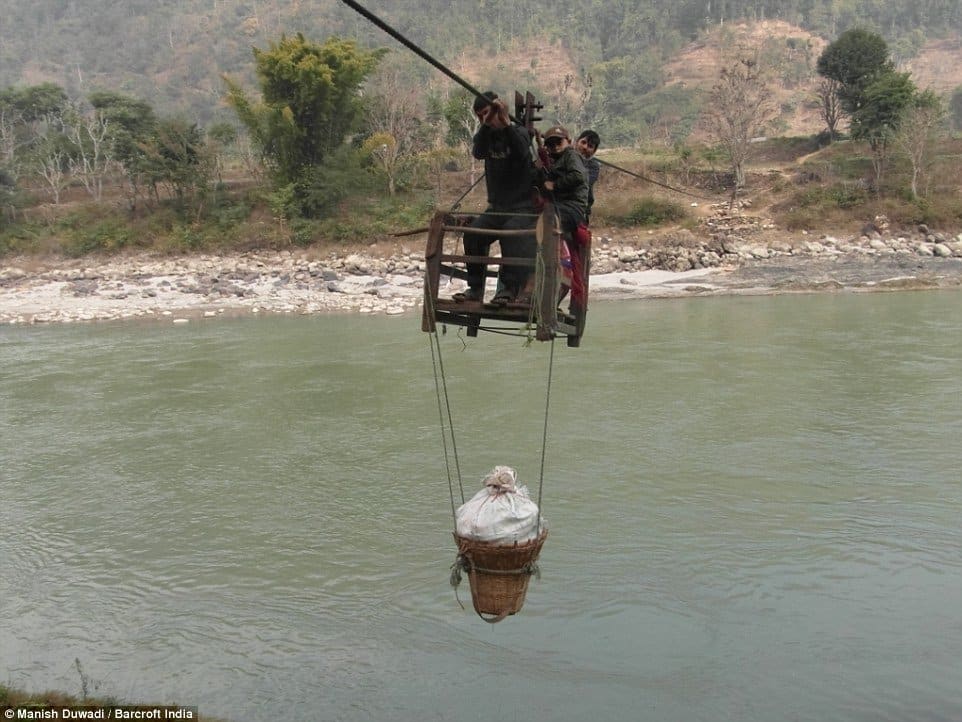 Through the years, improvements have been made on these cable bridges. Supporting pillars have been added and the boxes have been upgraded. But locals are still demanding for more footbridges to be built in the Benighat district, but so far only one has been built in the area.

“When the river is flooded, I try to avoid it and take the suspension bridge. It’s a longer route, but safe. My family is scared, because five people lost their lives in an accident that occurred in late 2010. I have children. If something happens to me they will be orphaned.”

The rickety bridge is the only way to cross for most people. 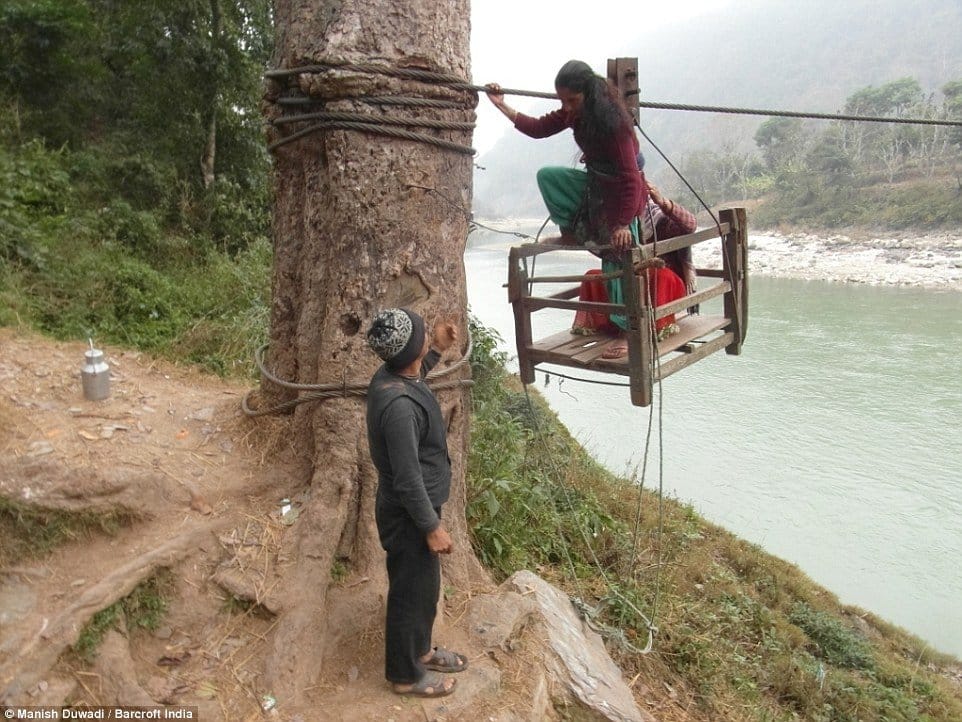 Nepalese officials have revealed plans to replace the dangerous cable crossings with 366 suspension bridges in the surrounding area. Until these are fully realized, the residents have no choice but to risk their lives crossing via the cable bridges.